There’s a lot that goes into making the best Vampire Survivors build. In every run in the roguelike game, you defeat hordes of enemies, amassing new weapons and items to help you survive until the end. You can upgrade your items or take new ones at regular intervals, which helps you bolster your build each time you level up. However, in the heat of the moment, it can be hard to know which items give you the best buffs and which combos you should stack together.

In this guide, we’ll focus on weapons and items you should grab to help you reach the time limit and win the run. You have a fair amount of flexibility in finding what you need to make each build, but you only get one free choice of Arcana, so we’ll list which one to choose at the start of your run. You do get two more opportunities to acquire additional Arcana, but this is dictated by the ones you didn’t pick, so you need to get that first call spot on.

To give you plenty of wiggle room, here are our picks for the best Vampire Survivors build: 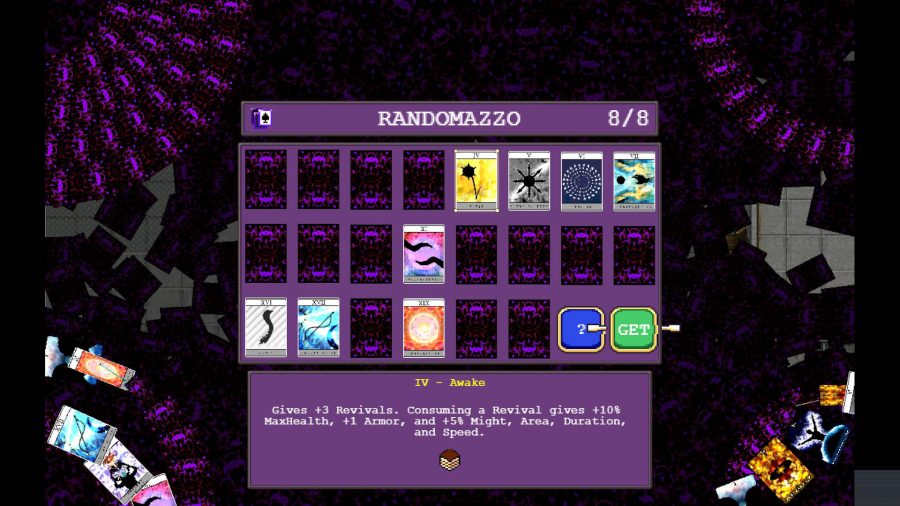 The idea behind this Vampire Survivors build is to have a huge amount of AoE damage, ensuring that enemies simply can’t get close enough to kill you. Prioritise getting the two pistols as all weapons here will eventually evolve. Once the pistols evolve, you get a devastating AoE weapon that does more damage depending on the number of revives you have left. This is why you’ll want the IV – Awake Arcana, as it gives you three additional revives. Evolving the pistols also gives you a spare weapon slot, so you can take an extra weapon to bolster your offensive options.

All of the weapons we’ve listed above have an AoE effect, except for the Holy Wand. Its inclusion here is to take advantage of the evolved weapon’s ability to keep firing at the closest enemy – this is handy for killing strong enemies that somehow make it through the rest of your defences. 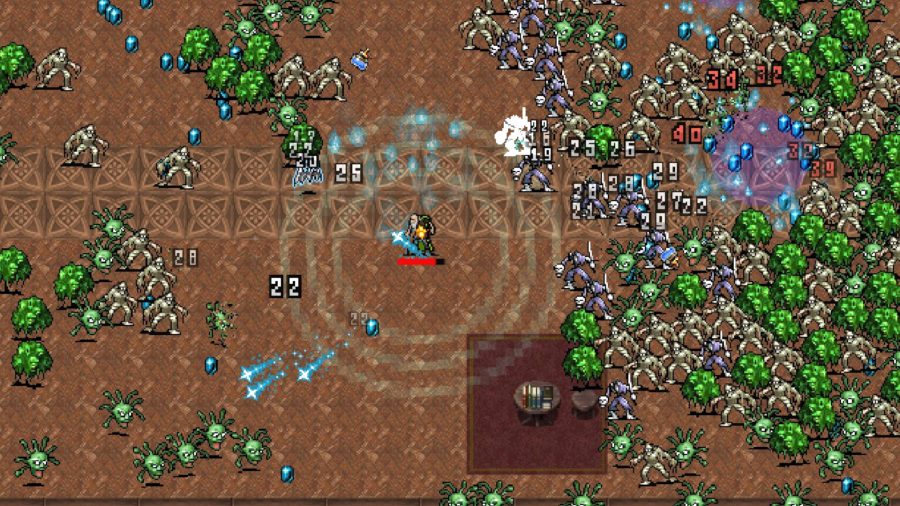 Contrary to how you’d usually play Vampire Survivors, you shouldn’t evolve the two pistols when playing this build. Instead, you’re going to maximise the number of projectiles on screen by taking a character like Gennaro, who has additional shots for every equipped weapon.

The rest of this build is relatively self-explanatory: get weapons that fire as many projectiles as possible. From this point onwards, the only significant decision is which Arcana to prioritise when you get your second and third choices. You should choose the one in the list above you didn’t get at the start of your run, and one of either XIX – Heart of Fire or IV – Awake. The former makes projectiles from fire-based weapons explode on impact, while the latter provides a few additional revives. 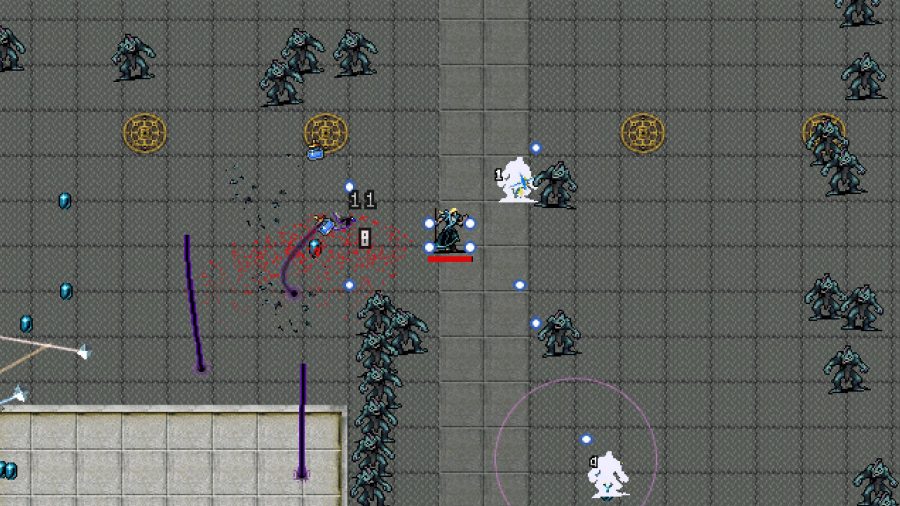 This Vampire Survivor build takes a while to get going and leaves you somewhat vulnerable at the beginning of the run, thanks to the imprecise nature of the two avian weapons. However, other weapons, items, and weapon evolutions can help you survive until you reach level eight for both birds, then you need to grab a chest to evolve it into the Vandalier.

Once you merge Peachone and Ebony Wings, the two birds that infrequently attacked specific spots become the Vandalier that consistently sprays the area around you with a hail of bullets. Provided you have the Spellbinder, Candelabrador, Duplicator, and Empty Tome maxed out, this new bird will quickly annihilate everything in the local vicinity. Unfortunately, there is no Arcana choice at the beginning that helps you a great deal with your weapons, so our pick here is IV – Awake, as it gives you a few more bites at the proverbial apple.