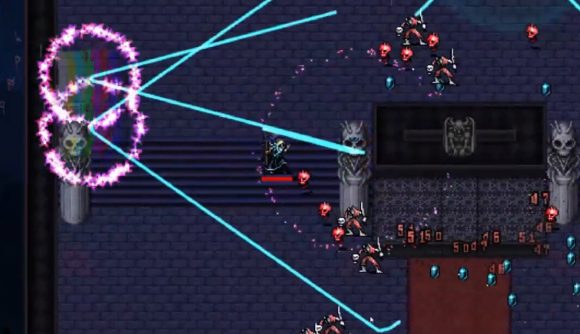 There’s a whole batch of new content for breakout hit roguelike game Vampire Survivors out today in a new Early Access patch. The update, dubbed patch 0.4.2, adds a brand new stage called the tower. There are seven new achievements to unlock, which means you can expect a new weapon, a new weapon evolution, and more.

The new stage is Vampire Survivors’ spookiest level yet, with gothic skull statues, a deep blue tiled floor, and vampire-friendly red carpeting accenting the staircases and traps littered around the floor. It features a new set of enemies and special events, and if you’ve been following along since last time, it’ll mark another step toward your ultimate goal of finding the resting place of the vampire himself.

If you want to work out how to acquire all of this new stuff yourself, you may want to stop reading here. Part of the fun in Vampire Survivors is experimenting with new builds and discovering the new synergies yourself, so we completely understand if you want to go in blind.

However, if you’d like to get going on the new level right away, you’ll want to spend some time on the last new level, the Dairy Factory. It’s noticeably harder than the previous stages, but you’ll have to make it to level 60 with any character in order to unlock the new Tower stage. 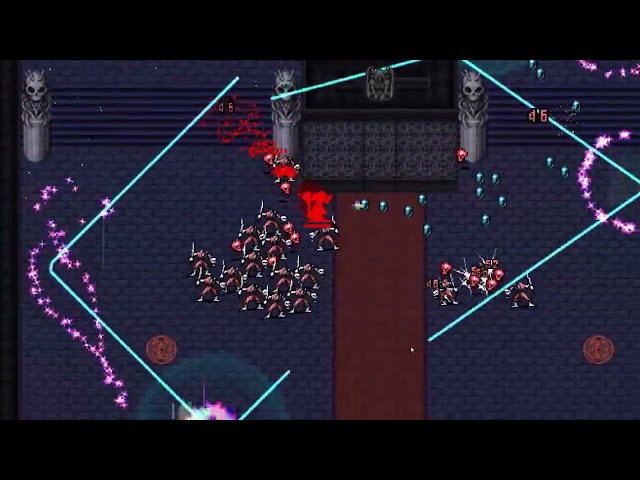 Once you’re there, you’ll be able to unlock another new character, who has a new weapon. If you find the relic on the new stage, you’ll also unlock a new gameplay option. This is called ‘Hurry,’ and it makes the wave timer go twice as fast – so yeah, ‘hurry’ is the right word for it.

Developer Poncle says that “Arcanas are coming soon” in the patch notes, so we’re sure to see some more exciting new stuff in Vampire Survivors before too long.