Though the term ‘prequel’ might still recall sand dialogue and Ewan McGregor’s fake beard within movie circles, in videogames it often has happier associations.

After all, any game must be thought of fondly to receive a second instalment of any kind, let alone one that’s based entirely around a preceding narrative. Therefore most prequels come loaded with goodwill almost by definition, and their aim is to give players added context to a universe and characters they’ve already grown to adore.

Fondness for videogame prequels has been reinforced only recently, with players delighted to see Halo: Reach come to PC back in December (quite rightly), Half-Life: Alyx releasing a month ago to widespread acclaim, and Gears Tactics due next week. These are some of the industry’s most recognisable franchises, and there’s no doubt their creators faced all the usual pressure of fans’ expectations, coupled with the extra challenge of crafting a story set before specific series events that doesn’t break the established canon.

It’s tricky, but if approached delicately by developers, making a prequel presents manifold opportunities. “The real perk was getting to go both broader and deeper into the universe without having to lay the foundation,” explains Batman: Arkham Origins game director Eric Holmes. “The curse is that people have expectations of exactly what it’s going to be. So the challenge is to anticipate that somewhat, and subvert those expectations in a way that surprises and delights a player. Showing them something familiar and keeping it recognisable, but also making it new.”

WB Montreal was not only working within a known universe, but also faced the challenge of being a new studio following 2011’s much beloved Arkham City. Winding the clock back therefore made sense to reset player expectations, all while treating the reams of existing Batman stories as an advantage instead of a hindrance. “DC continues to reinvent and retell characters again and again,” Holmes elaborates. “I think we drew strength from the fact that there is a way to progress beloved characters without compromising or damaging them, as long as what we did felt like it could flow into and contribute to the Arkham series.” 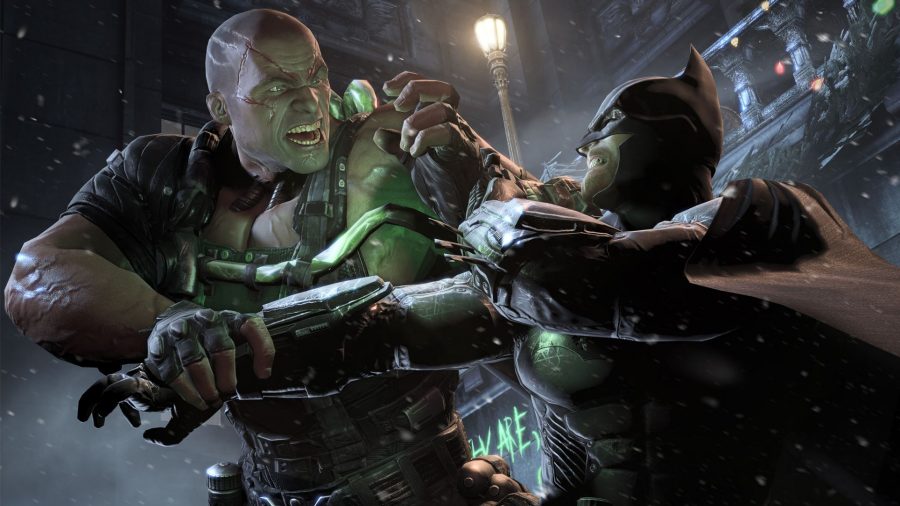 But having a 75-year-long comic book history to draw upon is not a luxury afforded to most game developers. For them, making a prequel is more usually an opportunity to explore events that we’ve previously only heard mentioned in passing, as was the case for Lionhead Studios’ ill-fated Fable Legends. Set to take place 400 years before the original trilogy, this asymmetrical take on Microsoft’s iconic fantasy series would have depicted an Albion in which the Heroes’ Guild wasn’t yet formed, as part of a far less singular experience than the main series.

“Fans were already used to big time jumps – Fable II is set 500 years after Fable, for instance,” Fable Legends’ lead writer Andrew Walsh explains. “But we had to make sure that the stories we were telling not only felt right, but illuminated aspects of Fable’s history that players wanted to explore.” Setting events so far back in the series’ timeline gave Lionhead’s writers a lot of creative freedom; it meant the Legends story could still interest veteran fans despite them knowing where Albion was destined to end up.

Walsh says 400 years was the perfect sweet spot: “There are a lot of linking events that aren’t established, and many of the characters and moments have not been previously defined. Instead the main challenge comes from building links to the events that the player might already know. Everything needs to become relevant. Set things too distantly, and why should the player feel connected? But give them a chance to see the Heroes form something that would evolve into the Guild they know so well, and you are connecting the events in one game to those in another. Farts and chicken chasing are only part of the equation. The history and atmosphere must all feel connected to the rest of the Fable universe.” 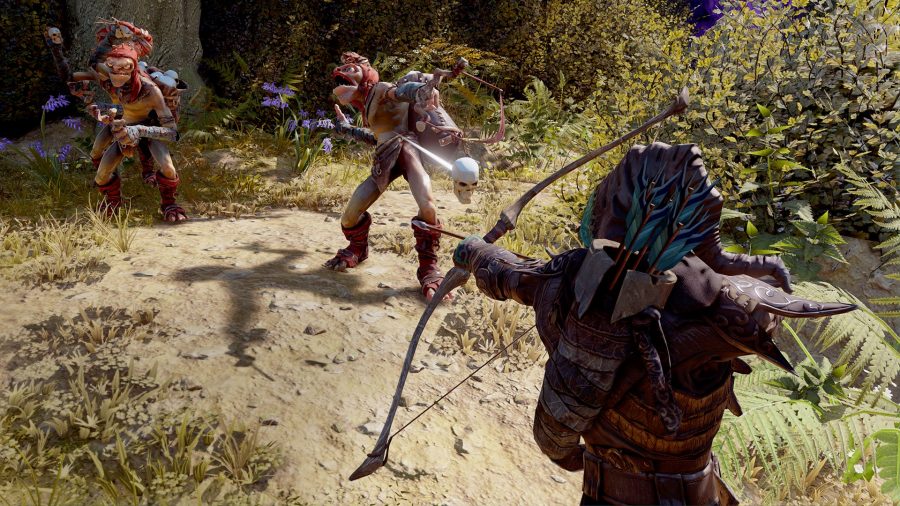 But what about those videogame prequels that do finish right on the cusp of stories we know all too well? They have that much less space to fill with new, never-before-seen events, but is that necessarily a handicap? Dead Space Extraction writer Antony Johnston doesn’t think so. “You don’t have to overexplain the setting, which allows you to focus more on details, giving players information and insight on things they may have wanted to know more about in Dead Space.”

It never came to PC, so if you missed it, Extraction is set on the Necromoph-infested mining ship, the USG Ishimura, mere moments before Isaac Clarke arrives and the horrific events of the original Dead Space begin. It cleverly adds context to some of those moments, such as the warning transmission that opens the original game, yet avoids too much familiar territory, focusing instead on the Ishimura’s crew. “With Extraction we actually had a lot of room to move. The fate of this particular band of would-be survivors wasn’t predetermined at all. We could, and did, do anything we wanted with, and to, them. Their story wasn’t about the Ishimura’s ultimate fate, it was about their own survival.”

In many cases, opting for a prequel gives developers the chance to welcome more new players to a series than a traditional sequel would. True, there might be some call-backs (call-forwards?) baked in that only series veterans will recognise, but a prequel means newcomers can experience a story in that same series without fear of getting lost. There’s no denying the allure of setting your game prior to any other instalment if it means widening your audience. Players may then, if they so choose, jump right into the next chronological entry and become even further invested. 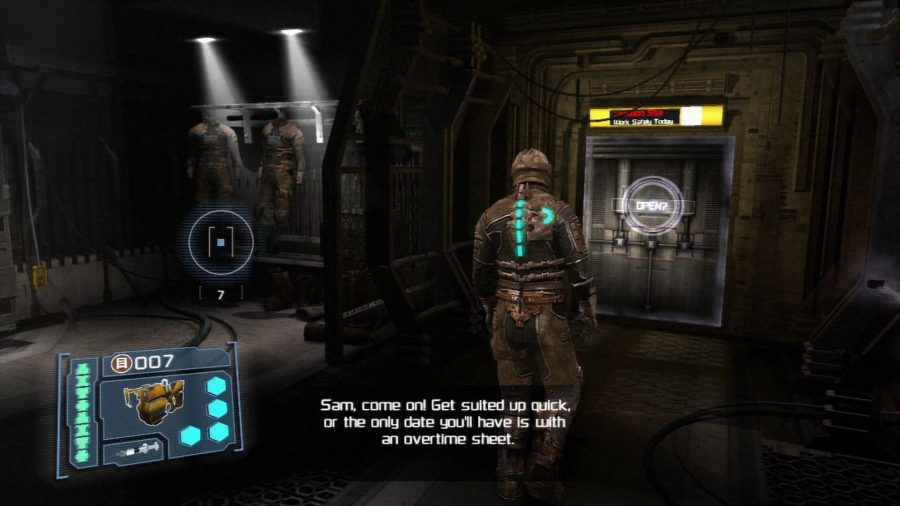 This was certainly Airship Syndicate’s thinking behind Darksiders Genesis, a new top-down spin-off set before Earth’s destruction as depicted in the first game. As writer Frank Barbiere explains: “Setting Genesis as a prequel allowed us to make a clean entry point, as well as to re-introduce a lot of the existing lore from the series.” Centred on the exploits of original series protagonist War and new horseman Strife, going backwards meant that the latter character could be retroactively explored without much disruption, all while explaining how the four horsemen function when not called upon during the apocalypse.

Present? Check out the best new games in 2020

Several different developers have worked on Darksiders, but making a prequel meant that weaving new canonical threads between all the series’ games while also telling a self-contained story wasn’t as daunting as it could’ve been. “I feel the game [being] a prequel gave us a lot of room to do our own thing, and I’m happy we got to mention some characters that people haven’t seen before who have been hinted at in the lore,” Barbiere concludes. “It was a fun way to use the weight of the three existing Darksiders games to inform our story, but still come up with something hopefully surprising and entertaining in its own right. [Introducing] Strife was huge, and I’m thankful I got to be a part of that”. 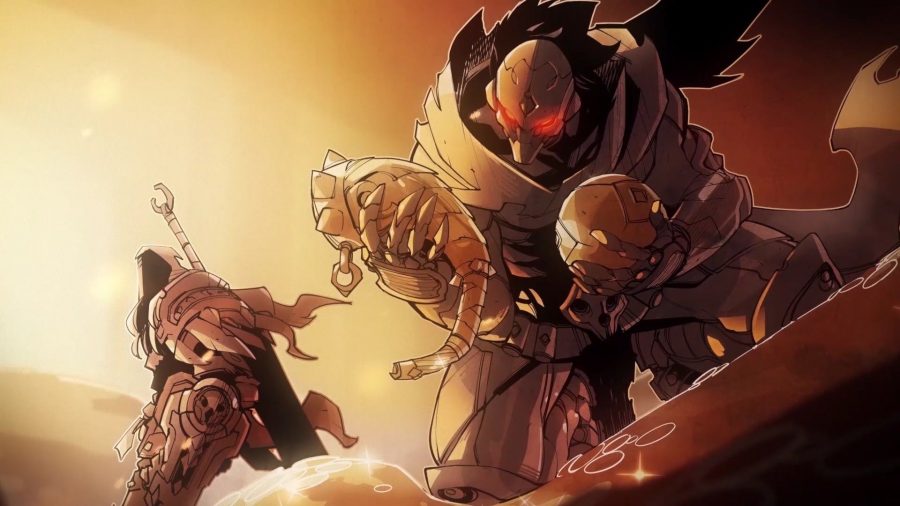 You might think that only huge triple-A franchises can sustain a sequel, but more and more are indie developers also seeing the benefits. The makers of Shovel Knight, for instance, needed to produce multiple new episodes to satisfy their commitments to Kickstarter backers, and benefited greatly from the creative freedom that came with being able to go backwards in time. “Making four interwoven games that take place during the same time just seemed like it would be too hard to make all the pieces fit,” game director Sean Valesco says.

“We didn’t really want to make the games take place after Shovel of Hope [the vanilla campaign] because we wanted to save that story for if there were ever a Shovel Knight 2. So overall, prequels made the most sense. Since we enjoy weaving the narratives together, we also thought prequels would be fun because they would let us set up and explain more parts of Shovel of Hope.”

This allowed developer Yacht Club Games to not only avoid following Shovel of Hope immediately, but also explore the fan-favourite Order of No Quarter, whose members star in the three prequel stories. “It was important to have a line-up of characters whose visual styles, lairs, and personalities felt interesting and varied,” Valesco explains. “Because Shovel of Hope didn’t have a lot of dialogue with the bosses, those personalities could only be demonstrated before the boss battles, during the epic round table rematch, and from villagers and other characters gossiping about them.

“We originally thought that the campaigns would all take place in the same levels, and the characters would just have different capabilities, like Super Mario Bros 2 or Richter mode in Castlevania: Symphony of the Night. But by the time Plague of Shadows wrapped we knew that the levels wouldn’t be able to support so many characters and still be interesting. We made the tough choice to drastically increase the scope of the games, crafting all new level content to accommodate the unique new mobility sets we’d created for King Knight and Specter Knight.” 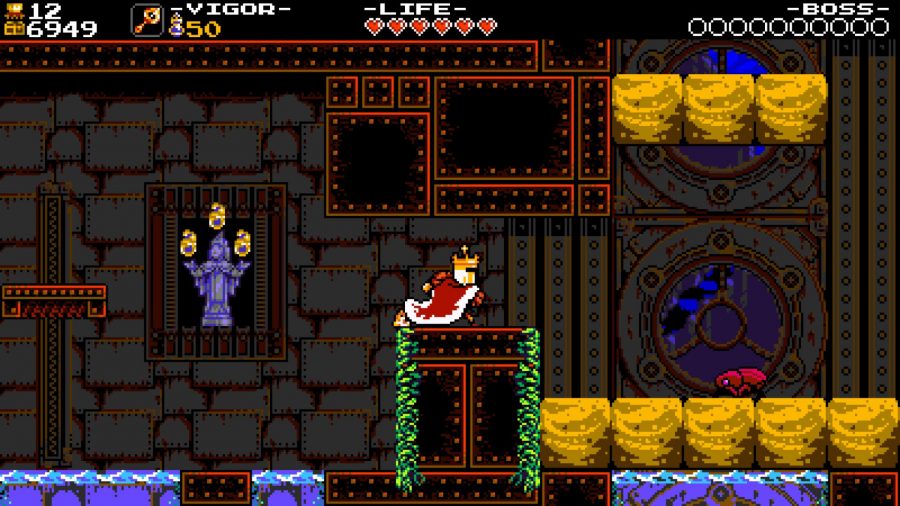 This shows that, while it’s true that a prequel might offset certain player expectations, it’s not without its own challenges. So what advice should developers take when considering this approach?

“Embrace the freedom of not having to tell the main story all over again,” Extraction’s Antony Johnston enthuses. “Find a different aspect to that story, some angle on it you’ve barely touched on, and explore that.” For Valesco, making a prequel is similarly about not being beholden to the established lore. “Have lots of fun with questions players might have about the history of your story,” he suggests. “Strengthen your characters by giving them pasts that align well with their current personalities and statuses. And try to avoid going all-out connecting up everything too much.”

A new videogame, prequel or not, often carries more promise of an improved experience than in other art forms, thanks to improved graphics, or more scope as an existing code base is built upon or a development studio grows with its success. There’s also more scope to vary that experience, perhaps by trying new genres or mechanics. This may explain why the term ‘prequel’ isn’t treated with anywhere near the same wariness in our medium as it sometimes is in others.

But it’s also, undoubtedly, thanks to thoughtful storytellers like these. Getting to play through events that precede a familiar story is often seen as something to be celebrated, and for which fans are openly eager. A prequel instalment is typically a sign of great health for a successful series, and while not always successful, lets us revel in the worlds we adore so much from a totally new perspective.