When the next big update to space ninja MMORPG Warframe arrives this month, you’ll be able to start playing ‘spot the difference’ right away. Digital Extremes’ new Dev Workshop video provides a whirlwind tour of the major changes coming with the update, most of which are designed around making Railjack gameplay more accessible and core to the experience.

Digital Extremes live ops and community director Rebecca Ford takes us through the marquee changes on their way to Warframe this month in the video, which you can watch below, or read in blog form on the Warframe website. Since the bulk of the update involves Railjack gameplay, players who have not yet built their Railjack will be pleased to learn that it’s going to be a lot easier to get into one of Warframe’s big capital ships from now on. The cost in both materials and time to build Railjack components is being reduced, but if you prefer to skip the grind altogether, Railjack ships will also be available to buy on the marketplace for platinum.

While Railjack is designed to encourage co-op play, Digital Extremes is giving players a bit more individual control over how they play it. A huge change involves shifting Railjack avionics into mods using a new system called Plexus. The Plexus is a new loadout screen for each Tenno that allows them to pick mods they want to bring with them to use as Railjack pilots or gunners.

Shifting Railjack customisation to individual Tenno means you won’t have to put up with some other player’s weirdo loadout when you hop aboard their Railjack – you’ll in essence be bringing your loadout along with you (actually make that loadouts – you’ll have space in the Plexus menu for three configs).

Along with avionics, Dirac is on the way out – this being the currency you currently use to upgrade Railjack avionics. Any Dirac you’ve spent on the Grid to date (up to 39,000) will be refunded and exchanged for Endo when you first log in after the update drops. 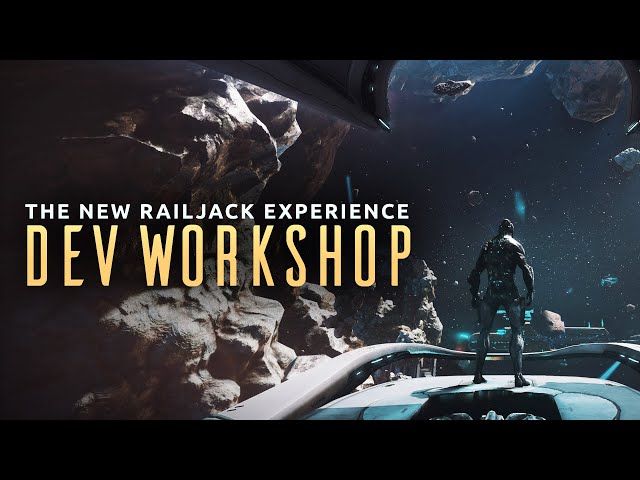 Intrinsics are getting a substantial enough overhaul that Digital Extremes will be refunding all the points you’ve spent so far on them. You’ll then get the opportunity to re-spec your Intrinsics – which is something you’ll definitely want to do before heading out on your first post-patch Railjack mission.

That’s going to be particularly important due to the new Command Intrinsic, which will allow you to recruit crewmates by visiting Ticker over in Fortuna. These NPCs will fill in for human-controlled Tenno if you’re flying in a crew of fewer than four players. Crewmates’ hiring cost depends on their proficiency and your approval rating with their faction, so you’ll want to consider whom to hire with care.

There’s a bunch more covered in the video, including improvements to Railjack layouts (they’re becoming more compact), big changes to nodes, and new Railjack mission types – including one called Volatile that will have you sabotaging a massive capital ship from inside.

All of this is coming to Warframe in Update 29.10.0, setting the stage for Update 30: Call of the Tempestarii. Digital Extremes says this update will be its biggest and “most dramatic” set of changes since Stormbringer, which was almost eight years ago. You can expect the next update “in the next week or two,” Digital Extremes says.