The Diablo-flavored Old World hack ‘n slasher Warhammer: Chaosbane has a firm release date set: the game will launch June 4 on PC, and pre-ordering will grant access to two pre-launch private beta periods to give you a head start on stomping tentacled abominations.

The beta phases will take place in March and April, and players who participate will get an experience boost and four legendary helmets (one per hero, I assume) as a thank-you bonus. During the betas, developer Eko Software says you’ll be able to see the beginning of the Chaosbane campaign and experiment with the game’s character classes in both solo and co-op.

Warhammer: Chaosbane does bear a striking resemblance to Diablo III, but Rich discovered that Eko has made sure to give each character class its own satisfying feel. The Slayer, which Rich tried out, skips the traditional heavy plate armor you usually see on dwarfs and opts instead for a pair of axes chained to his forearms, which he can use to hook himself to enemies and initiate fights.

As you might expect from the name, Warhammer: Chaosbane has you once again fighting the bulbous, pulsating forces of Chaos, and as befits any Warhammer game worth its salt, it’s got blood and skulls used liberally throughout. 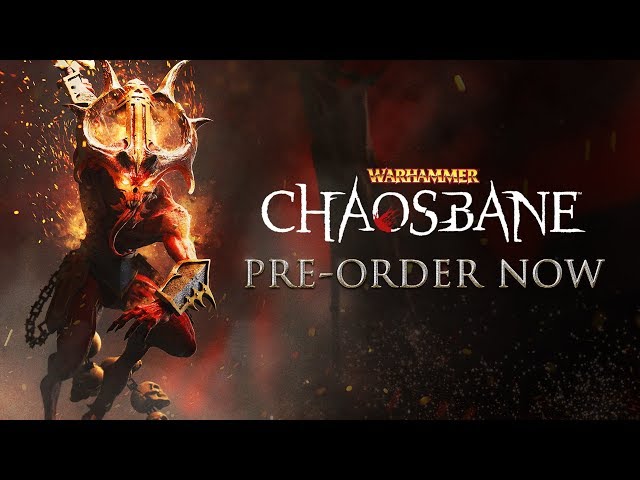 Joining the dwarfen Slayer are a human Empire soldier, a high elf Mage, and a wood elf Waywatcher, and you’ll be able to play co-op either online or locally, which sounds like a good old time.

Level up: These are the best RPGs on PC

For players who don’t care for the idea of playing a new Diablo title on their phones, Warhammer: Chaosbane looks as though it’s ready to rush in to fill the gap on PC (and the developers have emphasized that there are no loot boxes in the game whatsoever). As an admitted sucker for anything with ‘Warhammer’ written on it (I’ve still got my Mark of Chaos disc around here somewhere), I know I’ll be eager to mash some more Chaos minions in the Old World come June.