The Steam Next Fest is in full swing, and there are a bunch of demos available for a range of upcoming games. Wartales, recently announced during E3 2021, is one that caught our eye for two reasons. One: it’s from Shiro Games, masterminds of the popular RTS game Northgard; and two: because it reminds us of Battle Brothers.

Battle Brothers sees you lead a band of mercenaries through a grim, perilous, fictional medieval setting. It’s secretly the best Warhammer game, even though it’s not technically a Warhammer game, and makes excellent use of limited development resources with an artistic 2D aesthetic and an emphasis on tough, RNG-heavy gameplay that will get your favourite characters killed a lot.

Wartales gives off the same energy, although Shiro could have perhaps tried harder with the name. Technically, it’s an open-world RPG, but we’re not going to quibble over definitions. You lead a group of soldiers struggling to survive in a harsh medieval setting. There’s exploration, there’s turn-based tactical combat. There are survival mechanics around food, pay, and equipment. There may even be cannibalism. It’s Battle Brothers in 3D, and don’t let anyone tell you otherwise.

The Steam Next Fest demo is quite short – you can only wander around one region, which isn’t very big, and there isn’t any central narrative content. But that only means it’s perfect for you to dip your toe into, for free, without fear of a huge life-swallowing commitment. 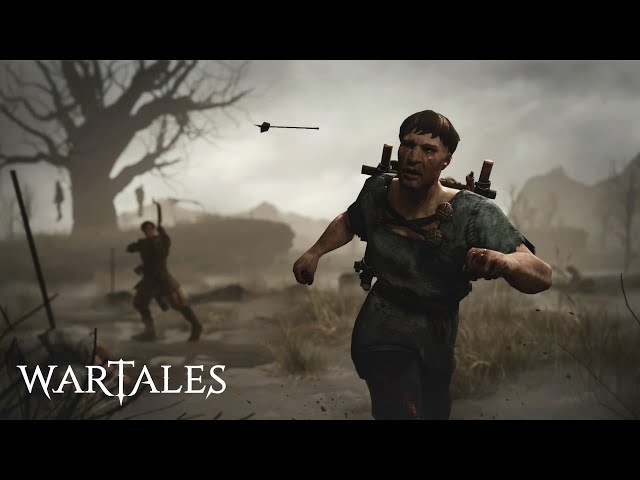 The tavern in the region’s central town has some missions, and if you go exploring you’ll find some other small threads to follow. Even in this small slice of it, the world feels alive. You’ll see patrols of men marching up and down the roads, as well as trade caravans.

You can travel quite freely around the map, marching up hills and through woods, at which point you might get ambushed by bandits or a pack of wolves popping out of the trees. Resource nodes scatter the world, as do little hamlets and other areas of interest. I stumble across a farm where a man is about to get carted off by some soldiers – desperate for help, his wife asks me to enlist a gang of bandits.

I do, and then am forced to choose which party I’m going to help. I choose the bandits and am thrown into battle against the soldiers, but the bandits – typically for their scurrilous trade – don’t show up to help me, and I get slaughtered by a bunch of well-armed, angry men who were just trying to do their job before I went and meddled. I save-scummed. 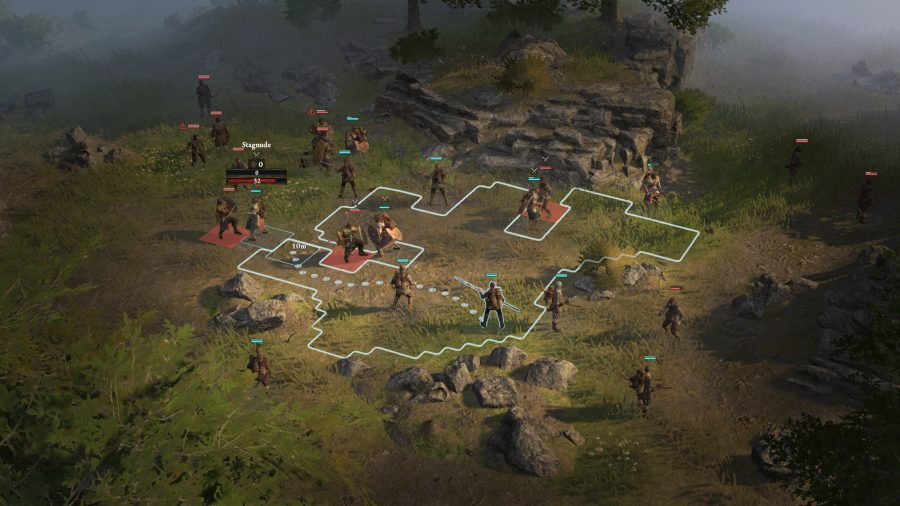 The turn-based combat is pretty good. You have your typical ‘IGOUGO’ setup, although you’re free to choose who acts during any window – the only rule is each person can only act once per round. Soldiers you recruit can be one of a number of different classes, and can be further specialised within those classes. You can also equip them with lots of different weapons and gear, which will further influence the abilities they can bring to combat.

It was a short but sweet demo, and I can see why Wartales is already generating some buzz. Wandering around the campaign map was dreamy, and reminded me why I loved Battle Brothers’ design in the first place. Seeing it in 3D, while not strictly speaking necessary, helped immerse me in the fantasy even more, and the ‘camp’ interface is a great touch.

Some elements weren’t as intuitive as they could have been, but there’s still plenty to this tactical RPG that we haven’t yet seen. Shiro Games seems to be headed in the right direction, though.

Wartales is due to release on PC via Steam Early Access later this year.