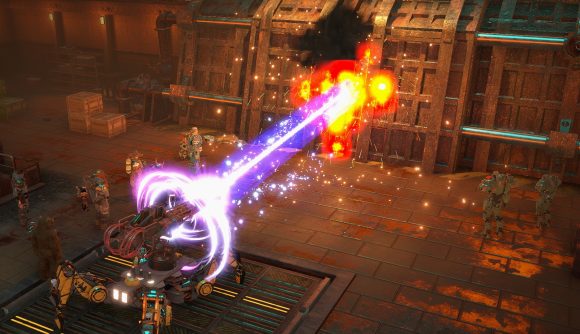 Colorado’s industrial base has a problem, and it’s up to the Rangers to solve it. Wasteland 3 has its first story expansion on the way, and it’s about solving a massive strike in Steeltown. In addition to a new storyline, the Steeltown DLC will introduce new mechanics, new gear, and new story beats for characters you met in the RPG game’s main story.

The Battle of Steeltown launches June 3, and developer inXile Entertainment says you’ll be heading to the towering factory facility when it turns out that the regular shipments of materiel from the city have been uncharacteristically irregular lately. Mixed up and missing deliveries of vehicles, armour, and weapons call for an investigation by the Rangers, who discover when they arrive that a major strike – plus routine bandit raids – have thrown Steeltown into chaos.

You’ll be fighting a gang of new robotic enemies, but you’ll have more tools in the toolbox to face them down with. InXile says it’s added new stacking status effects, non-lethal weapons, telegraphed attacks, and more to Wasteland 3’s turn-based combat, so you’ll have to think harder about the approach you take to each combat encounter. Better yet, these new tools are going to be expanded into the base game, and inXile says the expansion will be a great time for anyone to start playing.

“For those playing Wasteland 3 for the first time, they’ll be playing the best version of the game,” says director David Rogers. “For players coming back to visit Steeltown, they’re in for a treat with the new story, characters, and combat mechanics that really change up tactics in challenging new ways.” 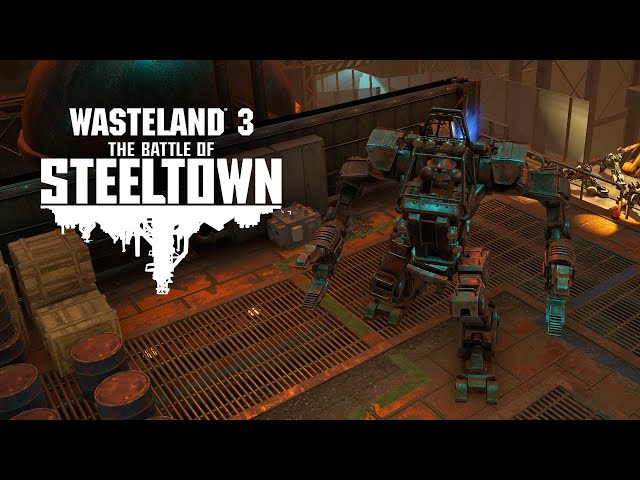 Our Gina Lees called the game “brilliantly bloody” in her Wasteland 3 review, and it’s on our list of the best tactical RPGs you can buy. You can check out the best Wasteland 3 character builds with our guide behind the link.