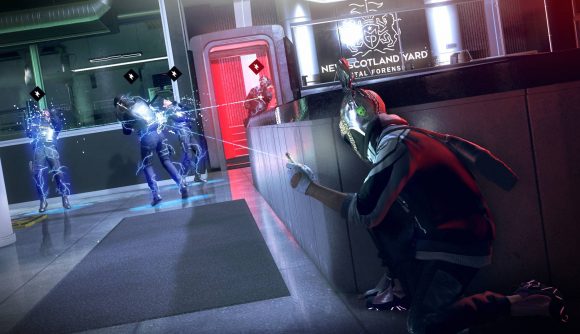 There’s a sizable new patch out now for Watch Dogs Legion players on PC, and the update includes some files that will be used in a closed test of the open-world game’s forthcoming multiplayer mode. While the rest of us will have to keep waiting for multiplayer, we do get the benefit of a laundry list of bug fixes and other improvements in Legion.

Multiplayer was originally scheduled for rollout in Watch Dogs Legion December 3, but that date was pushed back to an indeterminate date in “early 2021” in late November. At the time, Ubisoft said the delay would help it resolve issues in the hacking game’s single player mode. In Title Update 3.0 the company has been true to its word – the patch notes are long and resolve a host of issues that include crashes and obstacles to progression.

For the PC version specifically, Ubisoft has implemented a few quality of life improvements, including fixes for unclickable options buttons in the game menus. Additionally, there are some fixes for problems that AMD graphics card users were running into, such as an incorrect default quality preset being selected if you were running an AMD Series 6 card and visual artifacts appearing during the game.

The full patch breakdown is available on the Ubisoft forums.

The patch is available now, and it weighs in at just under 15 GB. Some of those files, Ubisoft says, “will be used for a closed technical test for the Watch Dogs: Legion Online Mode”, but the company doesn’t provide any additional details – at least, not yet.

“We know you are very keen on learning about the exact launch date for the Online Mode of Watch Dogs: Legion and we will have more information coming to you soon,” Ubisoft says.