WoW Shadowlands, the next expansion for one of the best MMO RPG games, World of Warcraft, launches sometime before the end of 2020 – taking away a mountain of achievements, mounts, and other goodies related to the current Battle for Azeroth expansion. If you scramble, you can get almost all of them before Shadowlands and its associated pre-patch (9.0) hit.

It’s not clear exactly when the WoW Shadowlands release date will fall, though Blizzard executives have publicly committed to a Fall launch window. The WoW Shadowlands pre-patch is on the Public Test Realm now, where it usually stays for four to six weeks before it drops, adding many of the new expansion’s systems to the game. It’s typically another four to six weeks before the expansion itself hits. That could put the next pre-patch toward the end of September or beginning of October, and the expansion launch in November, though those are just educated guesses. Either way, that’s not a huge amount of time (in World of Warcraft terms, at least) to hoover up and BfA goodies you’ve not yet grabbed.

Join us as we run through the top ten list of things you should get done before those WoW Shadowlands changes kick in, removing these things from the game (or making them much harder to achieve).

Ten things to do before WoW Shadowlands:

Become the Conqueror of Azeroth

While this achievement and its accompanying title for your character, Azeroth’s Conqueror, won’t go away with Shadowlands, it’s going to be next to impossible to find enough honor-awarding players in Battle for Azeroth zones to complete it. The meta-achievement requires earning honor by killing a number of players in all BfA zones, in addition to other achievements that typically require a group, including looting Bounty bags from dead Assassins and looting war supply chests while in War Mode (hostile to opposite-faction players).

SERVE N’ZOTH AND GET YOUR TITLE

One of the most amusing PvP Feats of Strength ever, Servant of N’Zoth, requires killing not only opposing faction players in BfA zones (which will be tough after Shadowlands launches), but also your own. Kill 10 opposing faction players without dying in War Mode and you’ll get an item that you click to make yourself hostile to both those players AND your own. Kill 10 of your formerly-friendly-faction teammates without dying and you’ll earn the Servant of N’Zoth title and keep the item as a toy for future use. 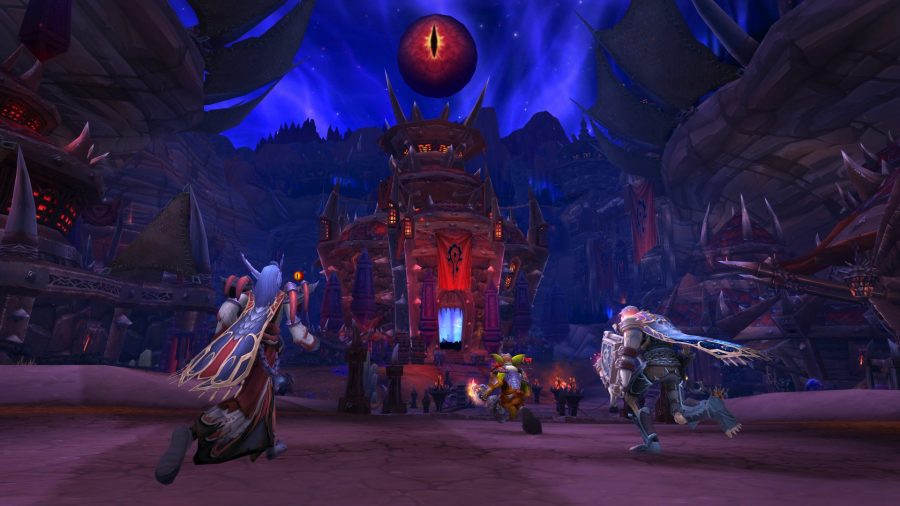 Earn the Horrific Vision title “the Faceless One”

The achievements for completing the Horrific Visions mini-scenarios in Stormwind and Orgrimmar by yourself with all five difficulty-inducing Masks active are hidden – as is the Feat of Strength at the end, Mad World, which awards “the Faceless One” title. It will go away in the pre-patch.

Brawl for your mount and ‘mogs

The Brawler’s Guild, a ring-style brawl against amusing opponents, disappears with each new expansion and takes a while to reappear, often with different rewards. This season’s Guild includes the awesome crocodile mount Bruce for completing a long questline after you’ve defeated him in the ring, and you can unlock other transmog appearances and heirlooms from this guild path, so if you haven’t engaged in some pugilism already, now’s your time.

Player versus player armor items are often some of the most beautiful in the game, and the Elite sets are the most ornate of them all. This makes them highly sought after for transmog appearances later, but you need to earn them before Season 4 ends with the pre-patch. You’ll earn various pieces as you climb in rating, but you only need 1800 to earn most of them and a “Rival” achievement for the season, to boot. 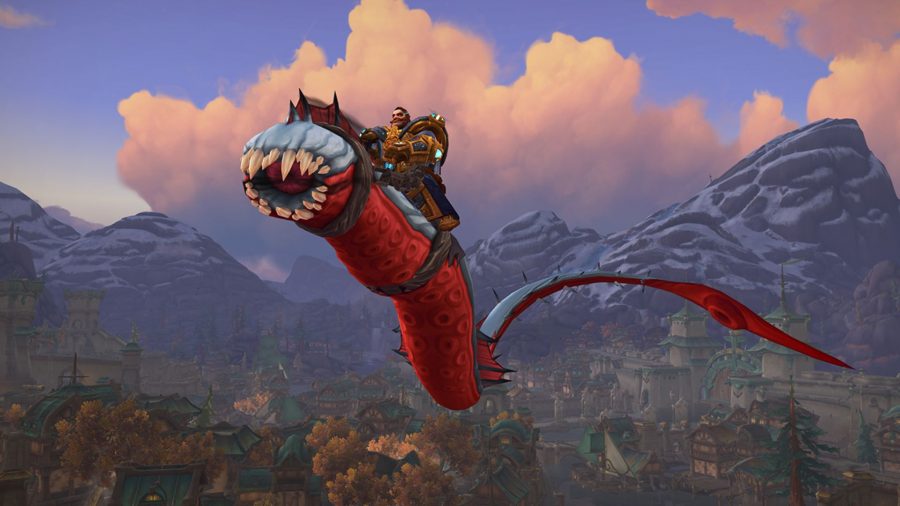 Complete Mythic Plus achievements and get your mount

The Keystone Conqueror and Keystone Master Season 4 achievements for clearing all BfA dungeons on Mythic Plus difficulty of +10 and +15, respectively, go away in the pre-patch. Master gives you “the Awakened” title, while Conqueror gives you the Awakened Mindborer worm mount.

This achievement for earning Rank 4 of all Essences for your Heart of Azeroth legendary necklace goes away in the pre-patch, and it’s fairly brutal, requiring high PvP ranking, enormous amounts of time in PvP battlegrounds, a host of daily quests and mythic raid end-boss kills. But if you’re close, now’s the time to finish up grinding those remaining essences and earning the “Azeroth’s Champion” title. If you’ve barely given a thought to this since BfA launched, it’s probably too late to catch up.

If you, by some miracle, have 5 million gold burning a hole in your pocket, you can drop it on the Caravan Brutosaur, WoW’s most-expensive mount ever. You’ll even pick up an achievement, Conspicuous Consumption, for doing so. The mount, which includes a portable auction house, disappears from the vendor in the Shadowlands pre patch. In the future, he’ll only be available as a very rare item on the Black Market Auction House. 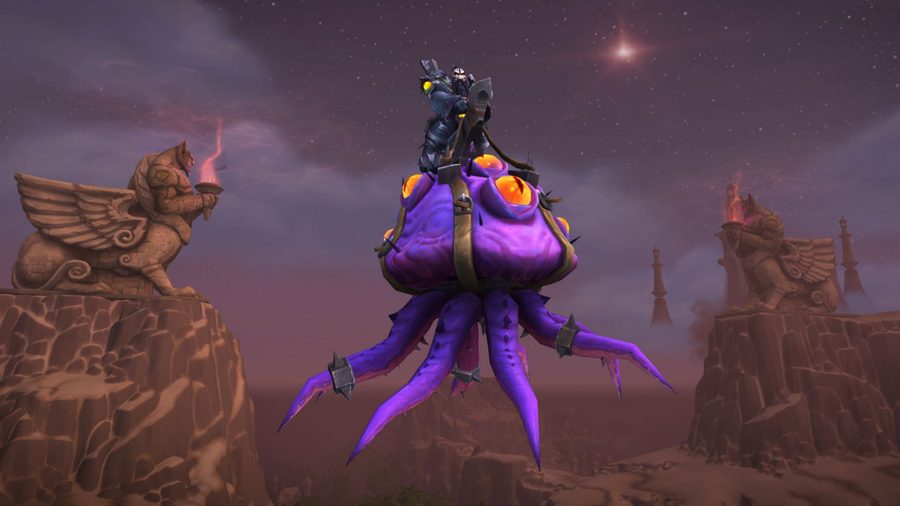 The beautiful Uncorrupted Voidwing mount from killing N’Zoth the Corruptor in the Ny’alotha raid on Heroic difficulty goes away when Shadowlands launches. The Ahead of the Curve (Heroic) and Cutting Edge (Mythic) achievements stop when pre-patch 9.0 launches, so go get them all.

Currently, the Ny’alotha Allseer and Glacial Tidestorm mounts are guaranteed drops for two players in each raid who defeat Mythic N’Zoth in Ny’alotha and Lady Jaina Proudmoore in Battle for Dazar’alor, respectively. They’ll become extremely rare drops after Shadowlands begins.

Level up those alts

The Winds of Wisdom buff gives your alts double experience as they level up, making it quick to get your second (and third, and tenth) characters to 120. The buff goes away when pre-patch 9.0 hits so it really is imperative you undertake this grind now rather than when the Shadowlands changes take effect.

It’s also worth noting that Death Knights and Demon Hunters, which start now at level 55 and 98, respectively, will start at level 8 when the pre-patch begins and Shadowlands’ level-60 squish takes effect. Even if you start those characters now and don’t level them, they’ll at least be at 23 and 39 – so get creating.

If you complete this list and are looking for additional achievements to conquer, keep in mind that anything related to Island Expeditions, Horrific Visions, Warfronts, PvP in BfA areas, BfA dungeon and raid achievements, or Azerite essences, Corruptions, missions, or other max-level BfA content will be more difficult to achieve after Shadowlands launches. It might be worth cleaning up those untackled achievements now. Happy hunting.

Can you run it? Compare your setup against the World of Warcraft system requirements.