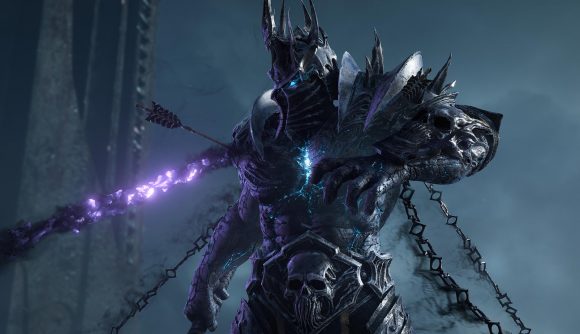 Blizzard is rolling out World of Warcraft: Shadowlands’ pre-patch on its playable test region. You don’t need beta access for this one, so you can hop into Blizzard’s game client and start your download.

The content currently being tested in this WoW: Shadowlands pre-patch update are core class updates, in-game navigation improvements, the new player experience, and character creation and customisation. There’s also a limited-time Scourge Invasion you can try out. Wowhead has data-mined the event and has found Epic tier loot from special Undead rares in Icecrown. Apparently, there are bosses from Icecrown Citadel, Naxxramas, and Northrend dungeons, too.

There’s not long to wait for more content, either. In a post on WoW’s forums, community manager Kaivax explains that we’re in week one of the pre-patch and that we’ll move onto week two on August 13, which isn’t long at all. We don’t know what changes that’ll bring just yet, but Blizzard did say that WoW’s corruption system would get cut in a Shadowlands pre-patch, so we might see something to do with that.

There are some other things that players have been discovering from the Shadowlands beta that could pop up here, such as WoW PvP world quests.

Some things, however, you’ll probably have to wait for. One of the update’s new areas includes a Witcher 3 easter egg, whereas another has a tribute to late WoW content creator Reckful.

If you’re looking to keep yourself busy while you wait for the MMORPG’s new update, then there are plenty of WoW addons you can try to spice up your gameplay.