For 25 years now, Worms has stuck to a fairly well-established formula: you control a team of worms, and players take turns trying to blast each other’s worms off the level. It’s simple, sure, but it works. Worms Rumble still looks like a Worms game, but it’s a different thing altogether, and it’s likely to appeal to a totally different group of players.

The biggest change Worms Rumble is making is the move to real time. There’s no more one-worm-at-a-time moving around, and no careful aiming of shots, trying to arc the perfect grenade or bazooka shot. Nope, none of that remains in this new deathmatch version of Worms, in which every worm is moving around at top speed at all times, frantically searching for new weapons, and on the lookout for opportunities to pop a shot off at an opponent or toss a fateful banana bomb.

As you might expect, in terms of the amount of stuff happening all at once, Worms Rumble is markedly more chaotic than your standard-issue series entry. Head on a swivel, you’ve got to be manouevering into better positions all the time, since with bazooka rockets, grenades, and bullets flying from every direction, there’s nowhere that’s particularly safe. You’ll want to be moving either toward the action to pick off some kills, or away from it to get a chance to use healing items and replenish your gear.

For all that, though, the closed beta build of Worms Rumble lacks a certain essential anarchy that’s been present in past Worms games. The deathmatch levels I play on are completely static. There’s none of the trademark dynamic level destruction that figured so prominently into my go-to Worms strategies – I used to enjoy going the Peaky Blinders route, digging long tunnels under my foes and planting dynamite in disastrous locations. This went wrong at least as often as it pulled off a glorious kill or six, but it was fun every time – and it got even more interesting when Worms Revolution introduced fluid physics. 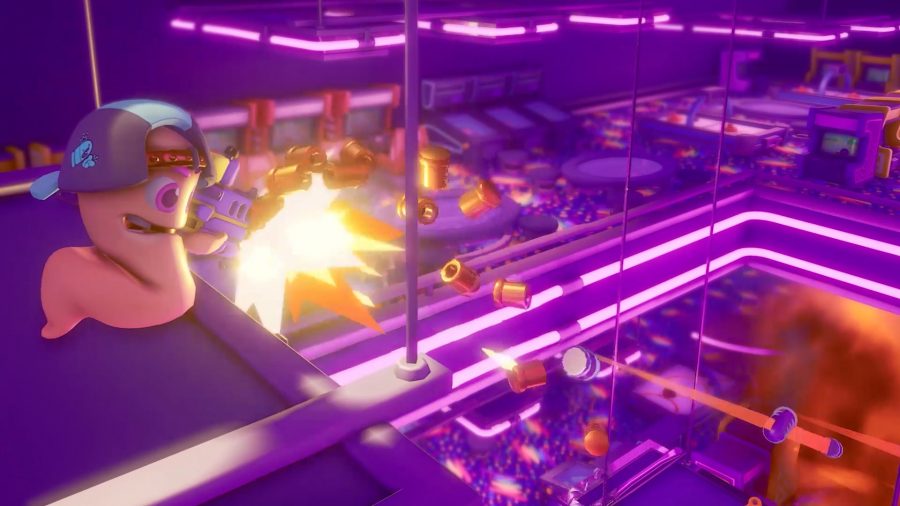 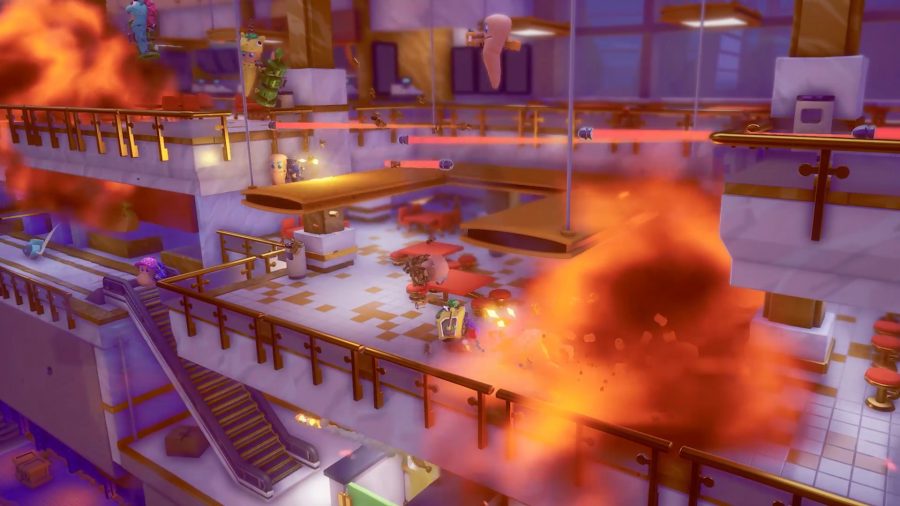 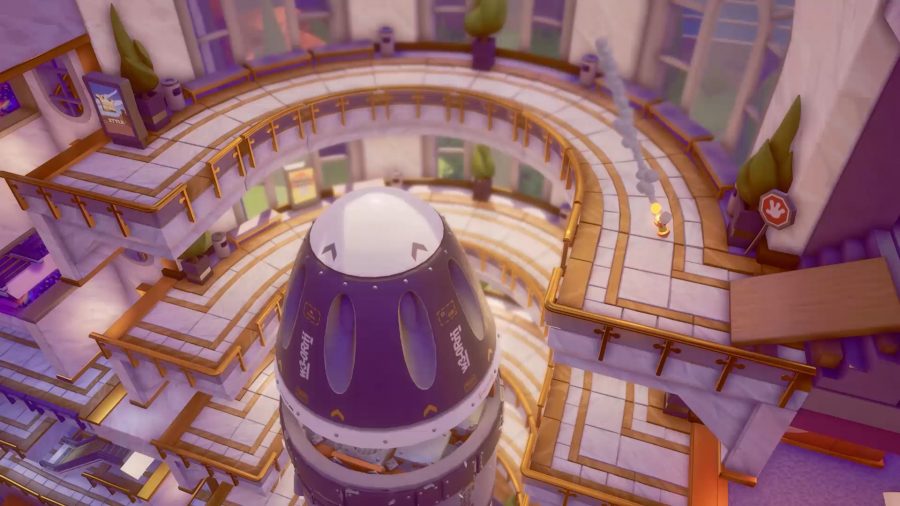 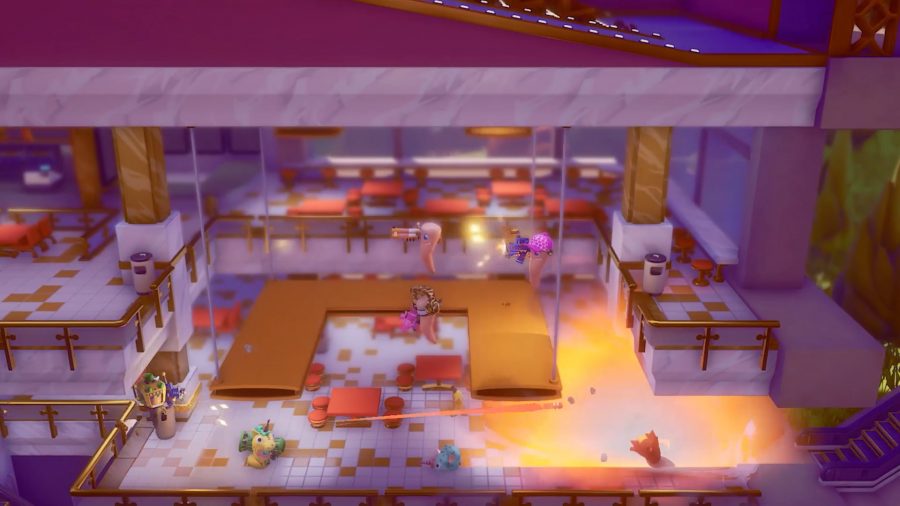 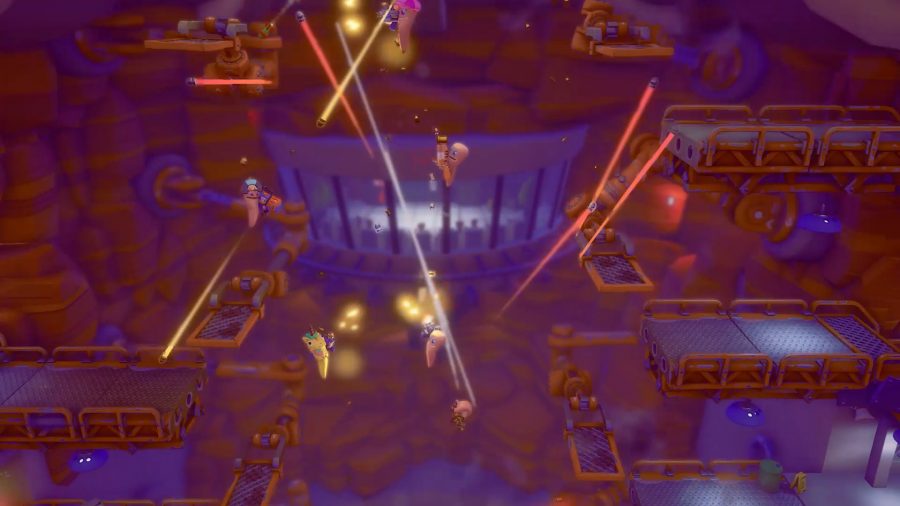 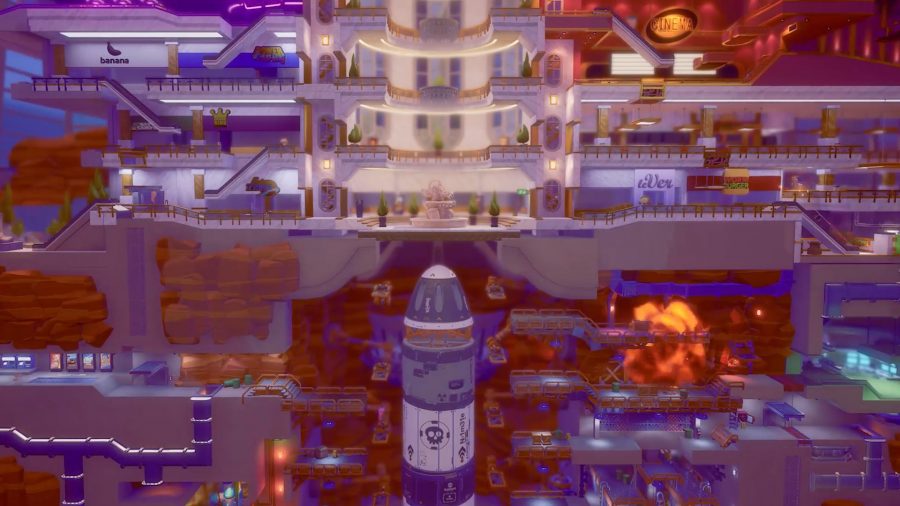 No, in the beta things are pretty immutable – apart from an ICBM launching – and that’s perhaps an understandable limitation on what will eventually be a 32-player battle royale. Moving around levels has never felt better – worm traversal feels good in Worms Rumble, and flinging yourself back and forth against opposite walls to ascend an airshaft is intuitive and easy. Of course, here I’m missing my ninja rope (the jetpack, also absent for now, has always been an iffy proposition), but I hold out hope it’ll be included in the release build.

To make a real-time battle royale work, Worms Rumble is dropping some of the essential elements that make a Worms game

The rounds of the Worms Rumble open beta I sample leave me sitting petulantly on the fence. I have two main issues with it as it is now, and the first is that everyone playing it is already much better at it than I am. The second, and far more serious flaw, is that in order to make a real-time battle royale work, it’s dropping some of the essential elements that make a Worms game a Worms game. There’s no more wanton destruction of terrain, watching napalm or acid eat away at everything it touches, or a Holy Hand Grenade create impassable craters. And going real time means there’s no more opportunity for evil heh-heh-heh chortling as you creep up to a ledge to drop a stick of dynamite on some poor defenseless schmuck’s head.

The tradeoff may well be worthwhile, though – Worms Rumble has a charm to it and there’s certainly potential here for fun, worm-based violence. I’m just not convinced it’s a game Worms fans will naturally take to.