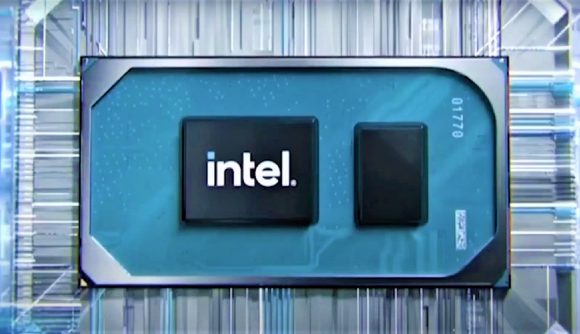 Recently, we learned that Intel’s Alder Lake i7 will likely be a gaming CPU heavy hitter. The rumour mill doesn’t stop spinning there, though, as it also looks like Intel’s i9-12900K could feature the fastest single-thread speeds on the market if the latest set of benchmarks hold water. While the flagship’s multi-threaded performance also looks promising; it looks like the CPU contender is just about on par with AMD’s Ryzen 5000 series.

Spotted by HXL on the Chinese video-sharing site Bilibili, CPU-Z benchmarks for the next i9 suggest that the chip’s single-core performance is 20% faster than AMD’s Ryzen 9 5950X. Yet, when it comes to multi-thread reliant tasks, it looks like Intel’s successor is on equal footing with AMD’s current flagship offering. The leak also features test figures produced using Cinebench, with results that depict a similar benchmark narrative.

Of course, while the new Alder Lake chip’s abilities are impressive, they seemingly come at a cost to efficiency. According to the benchmark, AVX2 mode stress tests show power consumption peaks of 250 watts while running at 108°C. So, while Intel’s i9-12900K is a compelling enthusiast-grade gaming PC candidate, it looks like it’ll require a premium CPU cooler, and a beefy power supply.

Intel claims its next Core lineup will snatch the crown from AMD, but this latest round of Alder Lake leaks paint a slightly different picture. Sure, the i9-12900K will hold its own against its current Ryzen 5000 series competition, but AMD’s upcoming Zen 4 chip could compromise team blue’s long-term claim to the throne when it lands in 2022.

That said, Intel’s impending i9 looks to be $250 cheaper than a Ryzen 9 5950X, so perhaps pricing will help it somewhat within the current market. After all, pc gaming is more expensive than ever, thanks to shortages within the GPU market and rising costs inflated by opportunistic resellers.