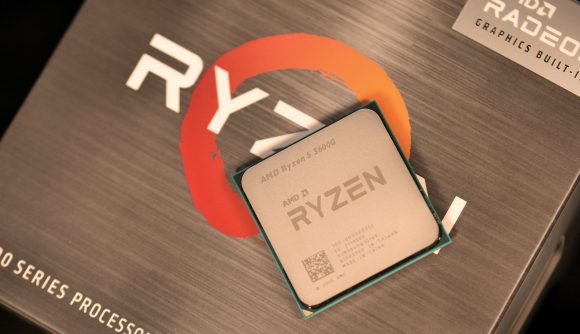 It’s almost impossible to find some of the best graphics cards on digital shelves right now, with ongoing chip shortages, unprecedented levels of demand, and even some Fast & Furious style shenanigans affecting supply. Unfortunately, the rise of a new cryptocurrency ‘Raptoreum’ could see these same issues affect the availability of AMD CPUs.

AMD’s Ryzen 9 3000 and 5000 processors have been identified (via Videocardz) as some of the best chips to mine the cryptocurrency, as their 64MB of L3 cache is able to handily manage the workloads required by the Raptoreum mining method.

The Ryzen 9 5900X ranks among some of the best gaming CPUs you can slot into a gaming PC today, and increased demand from miners could see the processor’s availability suffer and its price skyrocket, alongside other AMD Ryzen 9 chips. Worse still, the upcoming Zen 4 Ryzen 6000 components due next year could be affected to a greater degree, as they are rumoured to feature 192MB of L3 cache.

Both AMD and Intel have not implemented any mining performance limiters on their CPUs or GPUs, with both companies stating they have no immediate plans to do so. Meanwhile, crypto miners are continuing to look for new ways to circumvent the lite hash rate rate (LHR) limiters implemented by Nvidia on its RTX 3000 GPUs, with some success.

It’s likely that team green will carry over the same LHR limiting technology on to its upcoming RTX 4000 GPUs, but it remains to be seen if the rumoured gaming performance translates in any meaningful way to the cards’ mining capabilities. Regardless, we won’t have to wait long to find out as leaks point to a 2022 release date for Nvidia’s new graphics cards.