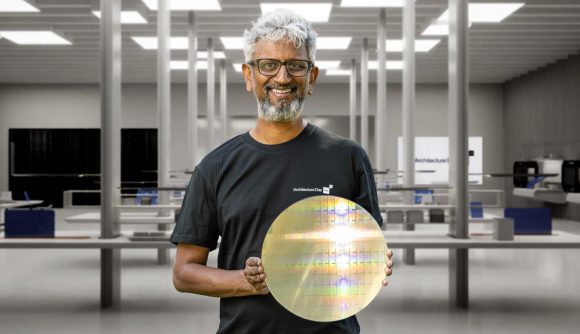 Intel’s manufacturing and engineering departments are firing on all cylinders as the company prepares to launch its Alder Lake gaming CPUs in November, with its Arc graphics cards following sometime in 2022. In a recent interview with Gadgets 360, as highlighted by Videocardz, Intel’s vice president and general manager, Roger Chandler, indirectly confirms that team blue’s cards will not feature any form of mining limiter.

“As far as like software lockouts and things of that nature, we’re not designing this product or building any features at this point that specifically target miners,” Chandler says in response to whether Alchemist GPUs will feature mining limitations. “As far as actions we’re taking to avoid or lock them out, it’s a product that will be in the market and people will be able to buy it. It’s not a priority for us”

The ongoing chip shortage and unprecedented levels of demand, particularly from crypto miners, has resulted in high prices and low availability for consumer GPUs, with some manufacturers implementing mining limiters in an attempt to disincentivise purchases from miners. However, hardware limitations on mining performance are already being circumvented through new mining software.

Another notable nugget quarried from the interview is further confirmation that custom designs for Arc GPUs will be available from partners like Asus, Gigabyte, and MSI. It remains to be seen the degree to which custom cooling solutions will improve the reported performance of Alchemist graphics cards, with recent reports placing it in the same bracket as Nvidia’s mobile RTX 3060 chips.

While rumours surrounding Intel’s GPUs are thin on the ground right now, recent Core i9-12900K benchmarks place the Alder Lake processor as one of the best gaming CPUs, prior to its launch later this year.