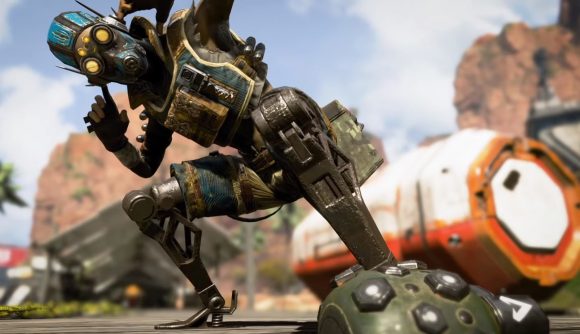 In the upcoming Lost Treasures event for Apex Legends, a hero or two will be getting some fine-tuning, and Octane will be among them. A Respawn developer confirmed on Twitter the speedster is getting buffed when the event begins on Tuesday.

Responding to a fan on Twitter, Jason McCord, Design Director at Respawn Entertainment, stated Octane would be getting buffs, but it won’t be a complete rework of the character. “He’s not getting a rework. He’s getting some buffs though,” McCord tweeted, stating in a further reply: “Yep, Octane getting some love on Tuesday.”

The battle royale‘s fast-on-his-feet legend was added in March 2019, but in recent seasons he’s been one of the weaker members of the roster. In the patch notes for Season 5, EA noted the buff on Octane’s launch-pad was the “first step in pushing more team utility” for the Battle Royale’s resident speedrunner, so it sounds like Lost Treasures will bring the second step in what will be a broader tightening of his strengths and abilities.

EA and Respawn recently announced that Apex Legends would finally be coming to Steam, and getting cross-play, sometime this Autumn. Earlier this month, EA published the Positive Play Charter, a strategy to combat toxicity and bigotry in its games. Some 3,500 pieces of player-made content were removed across the publisher’s library for breaking these guidelines.

He’s not getting a rework. He’s getting some buffs though.

The Lost Treasures event in Apex Legends runs from June 23 to July 7.