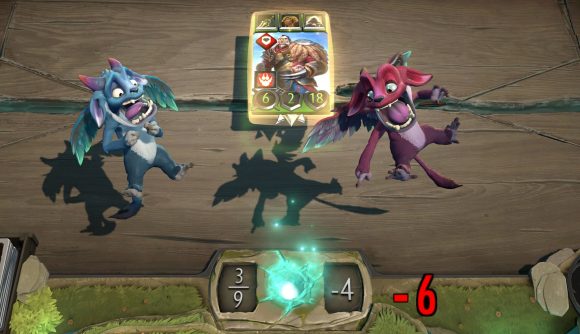 Valve boss Gabe Newell confirmed in a recent interview that an extensive rework of the company’s failed CCG Artifact is in the works, and now the official site for Artifact has been updated to reflect the coming changes. A new blog post titled ‘Under Construction’ says more news on what Valve is internally calling ‘Artifact 2’ is coming ‘soon.’

In recently published comments, Newell has been forthright about the disappointment Artifact was for Valve, telling IGN “we screwed things up” in an interview about the upcoming launch of Half-Life: Alyx. “Unfortunately, failure is more educational than success.”

Now, on the official site for the game, Valve says we’ll be hearing more about its plans for Artifact before long – but first, the company wants to get Alyx out the door.

“First off, we wanted to say thanks for all of your tweets, emails, and posts,” the new post reads. “The continued interest in Artifact has been encouraging, and we sincerely appreciate all of the feedback!

“You might notice some changes soon – we are starting tests on our systems and infrastructure,” the post goes on. “This shouldn’t impact live Artifact but we wanted to give you a heads up. Expect more news after the launch of Half-Life: Alyx!”

That’s not a lot to go on, unfortunately, but it’s certainly encouraging for players who saw a promising game in Artifact – that would include both myself and fellow PCGamesN writer Dustin, who awarded it an 8/10 in our Artifact review.

While there’s little in the way of official information on what the next iteration of Artifact will look like, there’s been plenty of speculation. Last month, Tyler McVicker – also known as the Valve News Network on YouTube – compiled all the leaks, rumours, and data-mining into one cohesive picture of ‘Artifact 2.0.’

Hopefully we don’t have long to wait to learn more.