Looking for more details on Baldur’s Gate 3’s Astarion? While your BG3 character might not figure it out immediately, it’s no spoiler to reveal that Astarion, one of your potential BG3 companions, is a vampire. If the fancy ruff and aversion to crossing running water didn’t clue you in, maybe the visible bites on his neck or the pointy little fangs peeking out at you when he talks will do the trick.

There’s more to him than his dietary choices, though; from his official description, we learn that Astarion used to be bound in servitude to a sadistic master, but is now free from his bonds – and free to walk around in sunlight without sizzling – thanks to the mind flayer parasite hanging out in his head.

We’ve compiled everything you need to know about the dashing rogue here, including how to win his approval, how he can be used in your party, and… sigh… the question on everyone’s lips – how to get him alone for a ‘night of passion’. Beware, this guide includes Baldur’s Gate 3 spoilers, so if you’d prefer to get to know Astarion and his teeth the traditional way, look away now.

How to recruit Astarion

Astarion is calling for help on the top of a hill, past the Nautiloid wreckage. He’s asking you to help him kill a tadpole – but as you peer into the shrubbery, he draws a dagger behind your back. If you pass a perception check, you notice the glint of the dagger behind you; otherwise, he pounces and pulls you to the ground, holding the blade against your neck.

He saw you wandering around on the Nautiloid ship, and believes you’re one of the betentacled that captured him – once he realises you were also captured and infested, like him, he calms down a little, apologises, and offers to join your party. 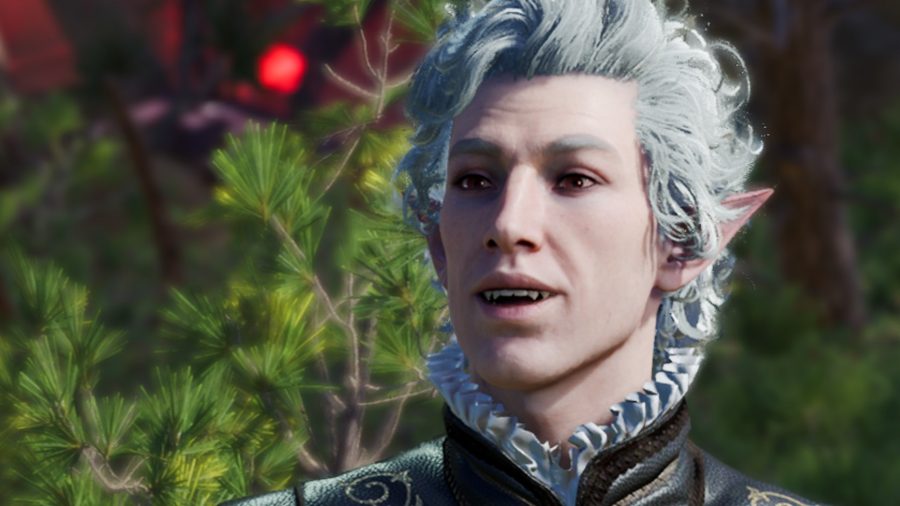 To gain approval with Astarion, let him suck your blood. No, really. He’ll appreciate it. At some point, you’ll wake up to Astarion attempting to chow down on your jugular. After the heated conversation that ensues, you can either attack him, forgive him on the condition he promises to never attempt to snack on you again, or give him the green light to take a little nibble of your neck. If you choose to let him dine, you have three opportunities to call time on the sucking; as he feeds, it becomes more and more difficult to make the persuasion check to get him to stop. If you don’t successfully stop him, he’ll drain you dry – that’s you dead.

Astarion also approves of attempting to free Lae’zel, making other creatures bow before you, and generally exploiting any opportunity for personal gain – including using the tadpoles’ unique powers to further your own goals.

You’ll lose approval with Astarion by agreeing to help Wyll with the refugees, doing anything subservient or unnecessarily helpful, as well as criticising Astarion’s bitey lifestyle. A more comprehensive list of conversation choices that will gain or lose you approval with Astarion can be found at the fextralife wiki page.

Astarion is generally pretty flirtatious, but the first real opportunity you have to get romantic comes after you rescue the druid Halsin, during the celebration event at the camp. He bemoans the lack of ‘excitement’ on offer, and directly propositions you for ‘a night of passion’. Accept, and you can choose to spend the evening with him after clicking on your bedroll. Unfortunately, for now, there isn’t a saucy scene to watch – instead you get a placeholder image with a disapproving mind flayer glaring at you above the words ‘Under Construction’. Bit of a mood killer, sorry.

The dialogue options still show up, though, and you’ll be able to choose whether to trust Astarion not to bite you, or bare your neck to him. What a dilemma. 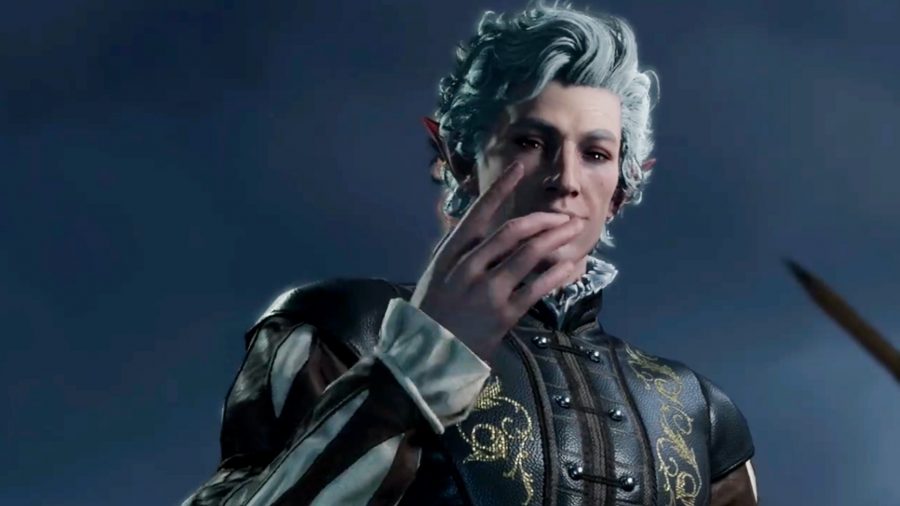 Astarion’s personal quest is called ‘The Pale Elf’, and it involves finding out more about his life as a vampire, and his relationship with his sadistic master.

To progress this quest, you’ll need to experience Astarion’s midnight snack attempt during one of your long rests – and not die by overindulging him. Now that you know he’s a vampire, at some point he’ll reveal details of the Szarr family. Once you’ve reached the Putrid Bog, you’ll encounter a monster hunter named Gandrel who is looking for Astarion. To progress the quest, kill Gandrel, and speak to Astarion again – he’ll tell you about his master, Cazador Szarr. Back at camp, he’ll explain how Cazador carved ‘poetry’ into his back, and how Astarion isn’t able to refuse orders from the Szarr family.

Astarion is a Rogue, and is particularly powerful when you choose the Thief’s subclass – his build adds his Dex modifier to offhand attacks – which you get two of, with your extra bonus action from Thief. This means he outputs a considerable amount of melee damage, especially when you factor his Sneak attack into the equation.

That’s all we know about Astarion so far, but we’ll let you know if we sink our fangs into any juicy new information. If you’re in the market for more RPG games or vampire games then we’ve got list features just for you (well, not really for you specifically), otherwise check out our BG3 classes guide and BG3 races guide.