Who are the Baldur’s Gate 3 companions? Companions are one of the most important parts of good RPG games – the most memorable stay with us long after the plot’s conclusion. Companions from different Baldur’s Gate 3 classes will help round out your party, but they offer much more than that – through interactions throughout your adventure, they offer up their own distinct points of view, helping you figure out what kind of character you’re playing. Oh, and uh, you can bang them, at some point.

There are five companions who you’ll meet in Baldur’s Gate Early Access, each with very different personalities and philosophies. In Larian’s ‘Romance & Companionship’ community update, they explain that ‘Each of your companions have their own personalities, goals, and motivations. Bound by the shared problem of an Illithid tadpole buried in their head, they will join your party but you’ll all have to put your differences aside if you want to survive.’ Their opinion of you will vary based on the decisions you’ve made, earning you approval or disapproval depending on your actions. Here’s everything we know about the companions you’ll meet in Baldur’s Gate Act 1, with character descriptions from the official Baldur’s Gate 3 website. 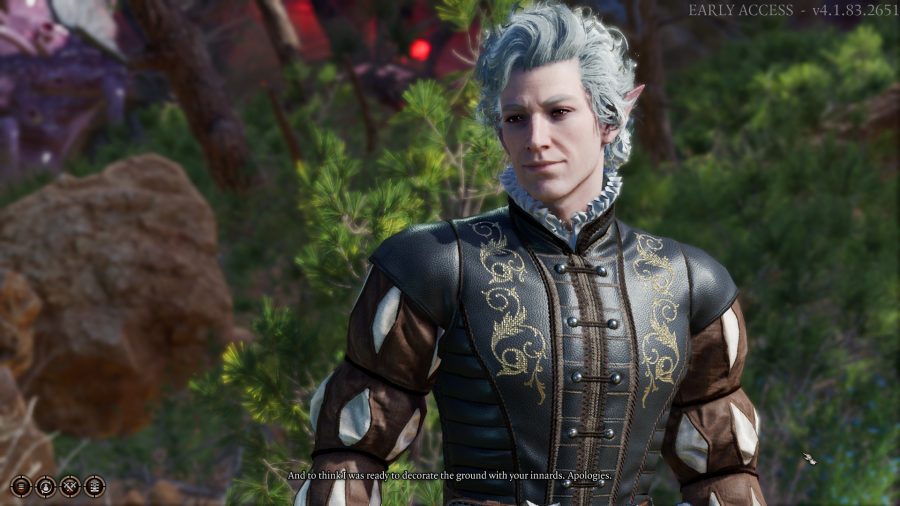 ‘Astarion prowled the night as a vampire spawn for centuries, serving a sadistic master until a mind flayer parasite freed him from his bonds. Now that he can walk in daylight the game is on, for only his old master stands in the way of him becoming the greatest vampire the world has ever known.’

How to recruit Astarion: Walk through the Nautiloid ship’s wreckage on the beach and up the hill to find Astarion calling for help. 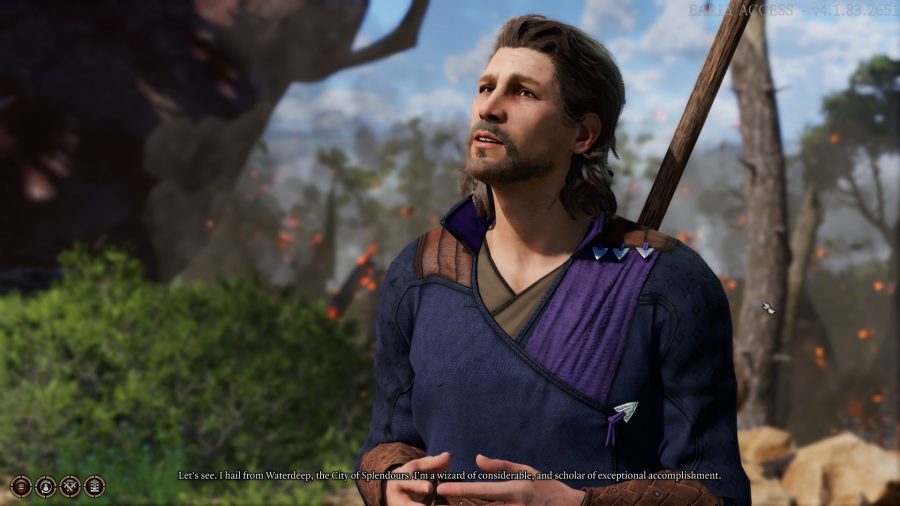 ‘Gale is a wizard prodigy whose love for a goddess made him attempt a dread feat no mortal should. Blighted by the forbidden magic of ancient Netheril, Gale strives to undo the corruption that is overtaking him and win back his goddess’ favour before he becomes a destroyer of worlds.’

How to recruit Gale: Gale is right next to the Roadside Cliffs waypoint, above the Nautiloid wreckage. 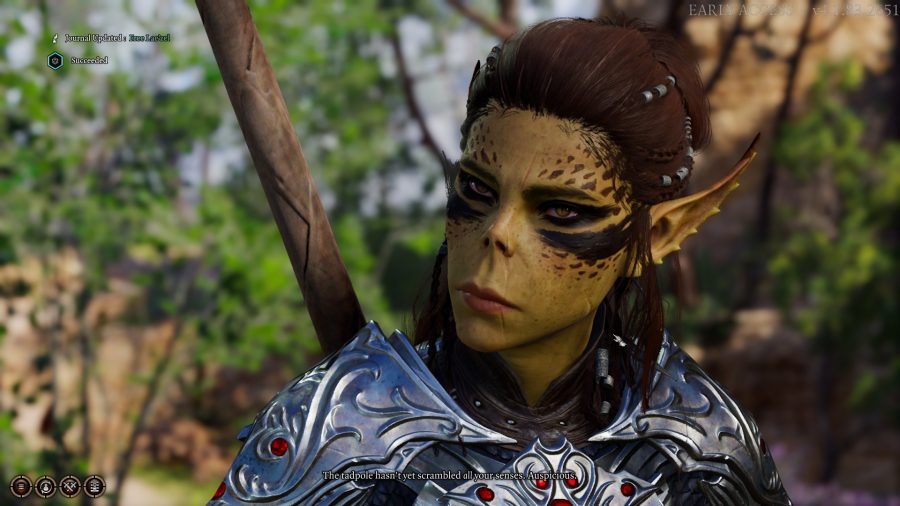 ‘Lae’zel is a ferocious Githyanki warrior, mighty even by the standards of her mind flayer-hunting kind. Faced with transforming into the very monster she’s sworn to destroy, Lae’zel must prove herself worthy of rejoining her people – if they don’t execute her first.’

How to recruit Lae’zel: Lae’zel joins you for a short time on the Nautiloid ship, but once you’ve crash-landed, you’ll find her imprisoned by Tieflings by the Cathedral Ruins, and must decide whether or not to aid her escape. 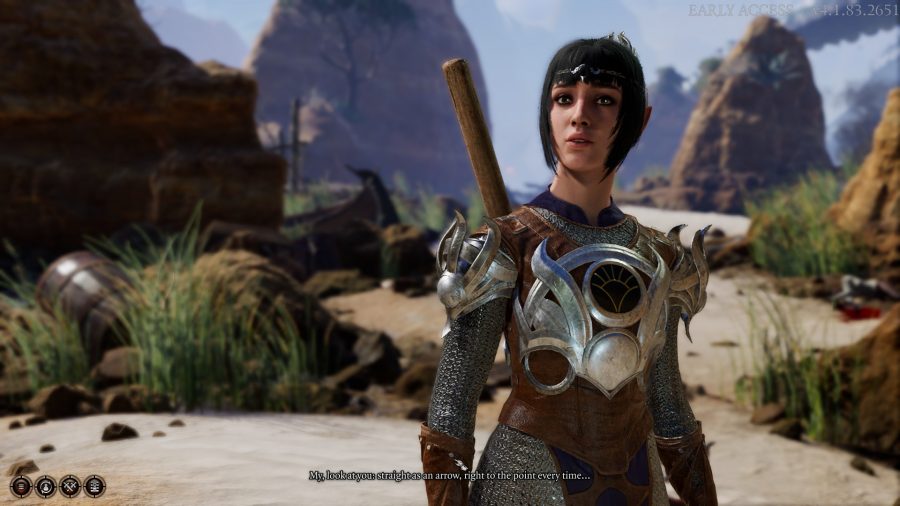 ‘A loyal cleric of Shar, Shadowheart is the sole survivor of a holy mission undertaken on the Mistress of the Night’s behest. She alone must deliver a relic of immense power to her coven in Baldur’s Gate, while threatened by a strange new magic that is burgeoning from within.’

How to recruit Shadowheart: We find her trapped in a pod on the Nautiloid ship, but it doesn’t look like it’s possible to free Shadowheart by any of the methods shown to us. Once the ship crashes, Shadowheart is probably the first companion you’ll meet – she’s in front of the Abandoned Ruins close to where you start on the beach. 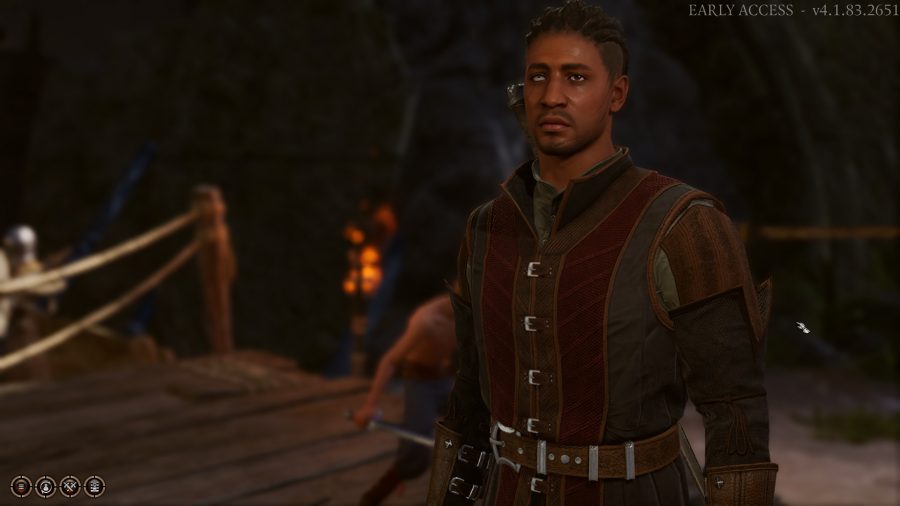 ‘Noble by birth, Wyll made his name as the heroic ‘Blade of Frontiers’. But to become a living legend, he struck a bargain with a devil, a bargain from which he longs to break free before it consumes his soul for good.’

How to recruit Wyll: You’ll meet Wyll after the fight outside Druid’s Grove.

That’s all we know about the BG3 companions so far, but we’ll let you know when we figure out how to make friends and/or love with and to them. Bear in mind that your Baldur’s Gate 3 race and class will have an impact on how NPCs react to you – for better or for worse.