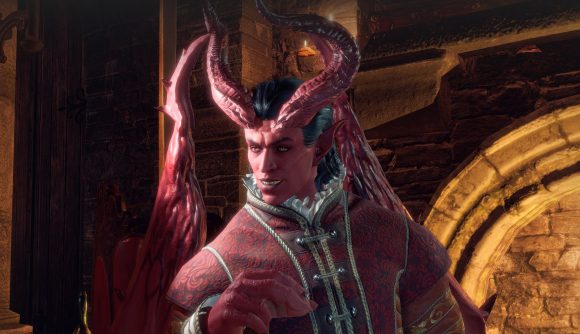 September 4, 2020 Larian has clarified that pre-orders are not available for Baldur’s Gate 3 Early Access.

Baldur’s Gate 3 will be entering Early Access September 30, and to participate, you’ll need to buy in when it launches. Today, Larian announced pricing for the Early Access launch, and it’s the same as the game will be when it eventually launches: $59.99, or your regional equivalent.

Michael Douse, Larian Studios’ director of publishing, announced the pricing on Twitter, and warned fans against rushing to buy in during the Early Access period out of a fear of missing out. “Don’t feel pressured to buy it during EA”, Douse said. “It’s not going to disappear, and neither are we. Eventually, it’ll be a very large game. Though EA is 25 hours of one play-through, the final game will be *does brain math* a lot longer.”

Douse also says that Baldur’s Gate 3 will enter Early Access with some “funky Twitch integration” that’ll allow voting on “certain things” and that this will be something like what was done during the Panel From Hell in August. During that panel, Larian showed off a brand new trailer for Baldur’s Gate 3, which revealed that part of the game would be set in the Dungeons & Dragons version of, you guessed it, Hell.

Also, the price will be $59.99. Don't feel pressured to buy it during EA. It's not going to disappear, and neither are we. Eventually, it'll be a very large game. Though EA is 25 hours of one play-through, the final game will be *does brain math* a lot longer.

More information about what to expect in the Early Access build can be found in this new blog post on Steam.

The Baldur’s Gate 3 Early Access release date is fast approaching – at least in theory. Given that just about all game development schedules this year have been thrown off by pandemic-related work from home restrictions, it’s probably best to be prepared for additional delays across the board.

We’re as eager as anyone to jump in to the next Baldur’s Gate, but there are plenty of great RPG games out there to fill the time if we have to wait a bit longer. You may also want to check out the Baldur’s Gate 3 system requirements to make sure you’re ready to run it on ultra.