Baldur’s Gate 3 multiplayer will allow a cooperative band of players to enjoy the narrative-driven adventure, just as in Larian’s previous Divinity: Original Sin titles. This time, however, there’ll be an expanded system for selecting dialogue, which will give parties a more democratic way to choose what happens. Well, it’s a sort of representative democracy, anyway.

When a player initiates a conversation with an NPC, the dialogue cutscene will start just for them, Larian explains. Other players can then do what they want, including attempting to pickpocket you or the NPC in the middle of conversation. They can also join in the dialogue and watch the conversation with you. Once a choice comes up, they can vote for the option they want you to pick.

You’ll see the percentages to indicate which choice your fellow players prefer, and can then choose accordingly. In another example, Larian says a vampire player might wake up in the middle of the night with a need to feed on a fellow party member in camp. Since other players are involved in this choice, they’ll all be able to vote on who you should bite.

Streamers can also invoke the voting feature for their entire audience through Twitch integration (or through Stadia), allowing viewers to vote on what should happen. 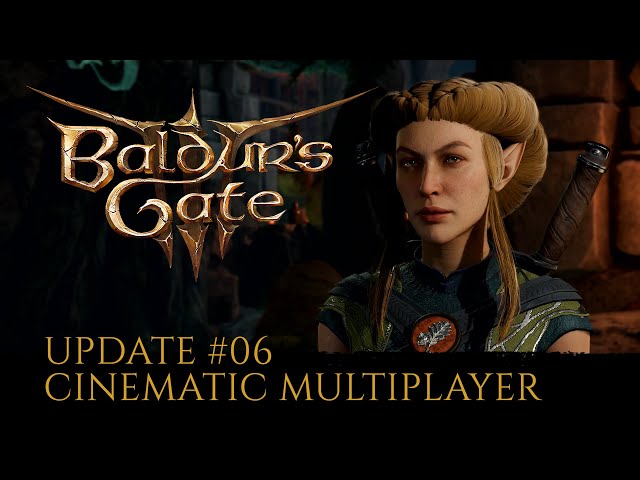 The Baldur’s Gate 3 release date is set for September 30 in Early Access.