Want to know how the progression system works in Battlefield 2042 to unlock skins? After weeks of silence, EA and Dice have revealed how players earn cosmetics in their upcoming FPS game. Battlefield 2042’s progression system invites players to complete difficult in-game challenges in exchange for cosmetics. These cosmetics include weapon skins and specialist outfits, allowing players to express themselves on the frontline.

Battlefield 2042 scraps the traditional class system used in the previous entries and instead opts for Battlefield 2042 Specialists. Specialists can equip any primary or secondary Battlefield 2042 guns, and they have access to a unique gadget and trait to help them stand out. With 128 player servers and only ten specialists at launch, unlockable outfits ensure each player has a distinct look.

The progression system doesn’t just focus on player cosmetics, you also have ribbons, weapon unlocks, and player cards to obtain, as you rack up countless wins. Here’s everything you need to know about the Battlefield 2042 progress system, including what you can unlock, which cosmetics are available, and more.

Players can unlock skins for weapons, vehicles, and specialists through the mastery system. Each piece of hardware in Battlefield 2042 has its own set of challenges associated with it; for example, kill 30 players using the AK24 assault rifle to unlock a new scope. This system also applies to vehicles and specialists. All you need to do is play the game to unlock brand new cosmetics.

Cosmetics are split up into four rarities: common (grey), rare (blue), epic (purple), legendary (gold). Rare and epic skins feature a degree of customisation, unlike legendary skins which are locked, standalone outfits. Specialist skins contain headgear and body slots – use your favourite rare body cosmetic with an epic headgear piece to create your own outfits.

Weapon skins work similarly to legendary specialist skins, though you do have access to charms to customise the look of your favourite guns. Attachments match your gun’s active skin, so you won’t need to worry about your custom weapons looking out of place. It’s unclear whether Battlefield features store only cosmetics, or a line of skins that are exclusive to challenges.

Players can prove how dedicated they are to a certain weapon, vehicle, or specialist by making progress on their mastery badge. Mastery badges are exclusive to each piece of hardware in the game; these badges allow you to see how accomplished someone is with their loadout at a glance.

As you reach higher mastery levels, your badge changes colour to reflect your progress. Reaching a new mastery tier also rewards you with a skin for the piece of hardware you’ve leveled up. Display your best badges proudly on your player card to let your enemies know exactly who they’re dealing with. 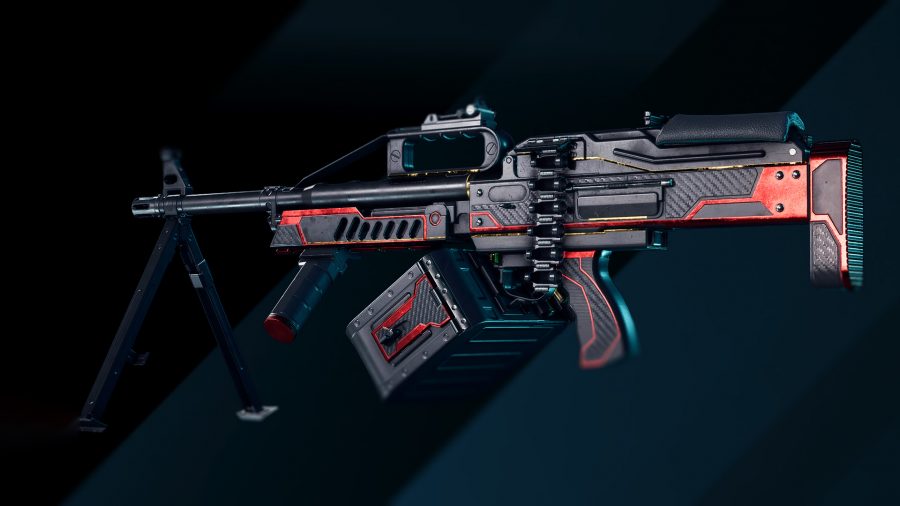 Customise your player card using the badges you’ve earned while fighting against other players. The player card has room for up to three badges, in addition to a large piece of art which occupies the space right in the centre of the card. Enemies will get a nice view of your player card every time you kill them, and you have a chance to look at your own card at the end of every match.

And that’s everything you need to know about the progression system in Battlefield 2042. The Battlefield 2042 release date is quickly approaching – pre-order Battlefield 2042 from the Humble Store to gain access to the open beta. Check out our article about the game’s system requirements to see if your PC can handle this futuristic shooter.