October 29, 2020 You can now claim Blair Witch and Ghostbusters: The Video Game Remastered for free from Epic.

Thursday is new free games at Epic day, and starting October 29 – just in time for Halloween – you can grab free copies of Blair Witch and Ghostbusters: The Video Game Remastered at the Epic Games Store.

Blair Witch is a spooky and atmospheric first-person horror game from the folks at Bloober Team, whom you may remember from games like Layers of Fear and Observer. It’s set in rural Maryland in 1994, and you play as Ellis – a war veteran whose traumatic combat experiences haunt him as he joins in the search for a missing child. There’s a building sense of unease and tension in the haunted woods, but don’t worry: you can pet the dog in Blair Witch, and he is a very good boy named Bullet. Blair Witch is also available on Xbox Game Pass for PC.

Ghostbusters: The Video Game Remastered is another film tie-in game, and it represents the final collaboration between long-time comedy writing super-duo Dan Aykroyd and Harold Ramis, who wrote the original films and played Ray Stantz and Egon Spengler respectively. The pair acted as script doctors game adaptation, and all four of the actors who played the Ghostbusters reprise their roles in the action game, including Bill Murray and Ernie Hudson.

For a licensed game that first came out in 2009, Ghostbusters is a surprisingly robust and frequently funny experience. You play as a rookie member of the Ghostbusters, and Murray’s Venkman in particular is pitch-perfect even decades after the movies debuted. 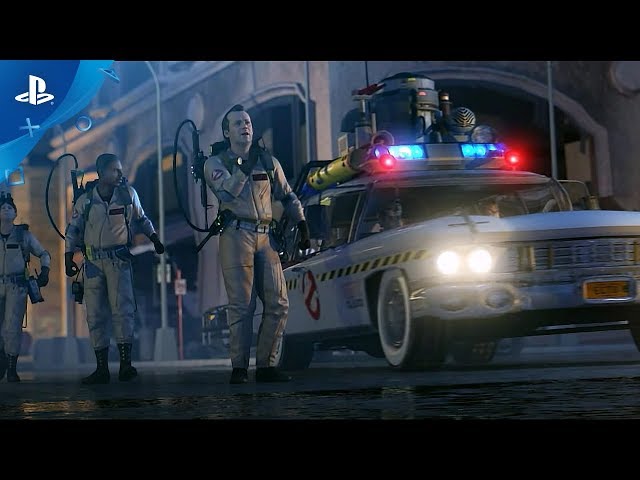 The games are available until November 5, when they’ll be replaced by Wargame: Red Dragon.

Steam faithful still have plenty of free Steam games to choose from, too, so everyone can take part in the Halloween festivities.