What are the planets in Borderlands 3? You can leave the dusty plains of Pandora and venture out into space to traverse the star-lined vistas aboard the Sanctuary III. So, where to set course?

There are four Borderlands 3 planets: Promethea, Pandora, Eden-6, and Athenas. They will all play a vital role in developing the campaign, as you explore each planet and the friendly – or not so friendly – inhabitants. You’ll collect loot, explore areas, and complete missions, battling a host of dangerous creatures along the way. Each planet is home to new threats and their own unique biosphere, so expect plenty of gameplay variation. The Children of the Vault and their leaders Troy and Tyreen have been busy recruiting new fans, and infiltrating the planets to build their army of bandit worshippers.

As you leave Pandora in a dusty wake, and take to the skies to explore whole new worlds – here’s what the other Borderlands 3 planets have to offer from lush green terrain, to a concrete maze of rampaging rodents. 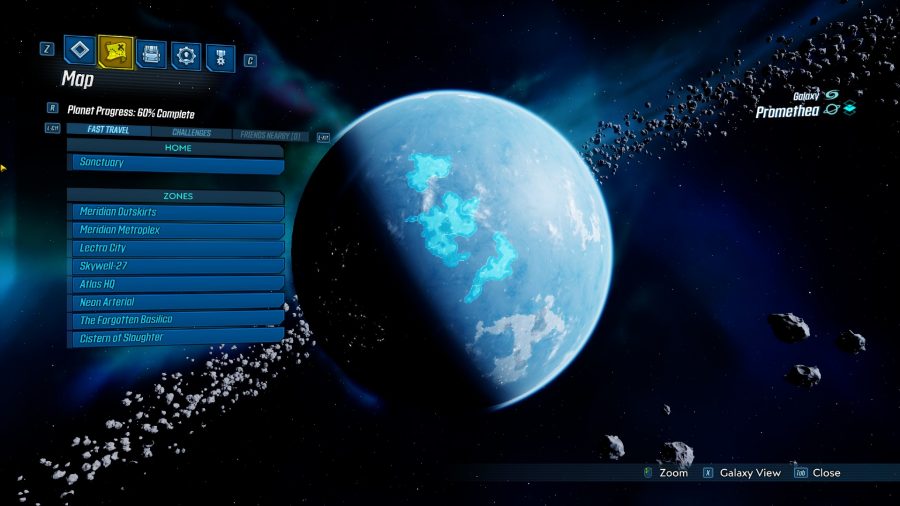 Promethea is a built up metropolis of futuristic high-rise towers, and the headquarters of the Atlas corporation. Now a battleground to a Maliwan siege – the sky alight with rockets, beams, and gunfire, as tall grey buildings burn into the night and smoke invades the city’s crevasses. 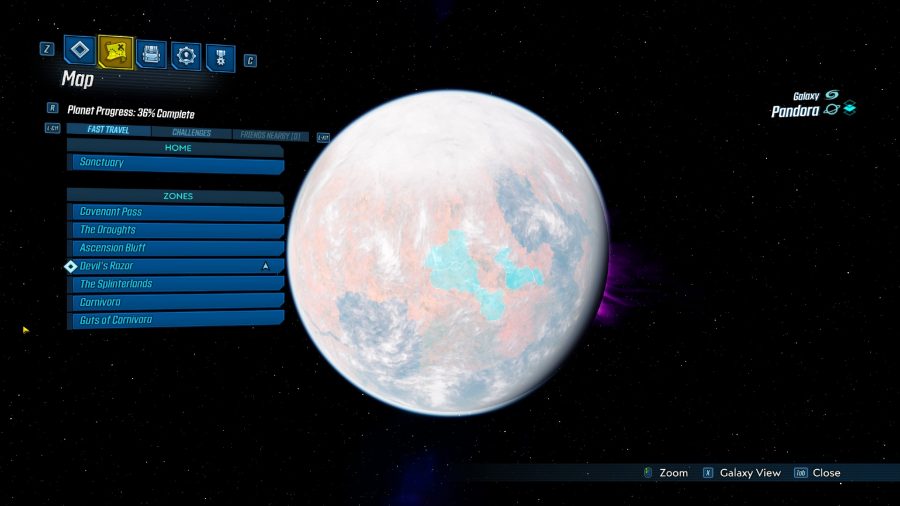 A familiar view of bare bones and dusty rocks sinking into the vast golden desert. Home to hostile wildlife, populated by tirades of barbaric bandits scooting around in their souped-up SUVs. The mechanical ruins and shards of metal resources scatter Pandora, as do Skags, Rakk, Varkids, and Spiderants. 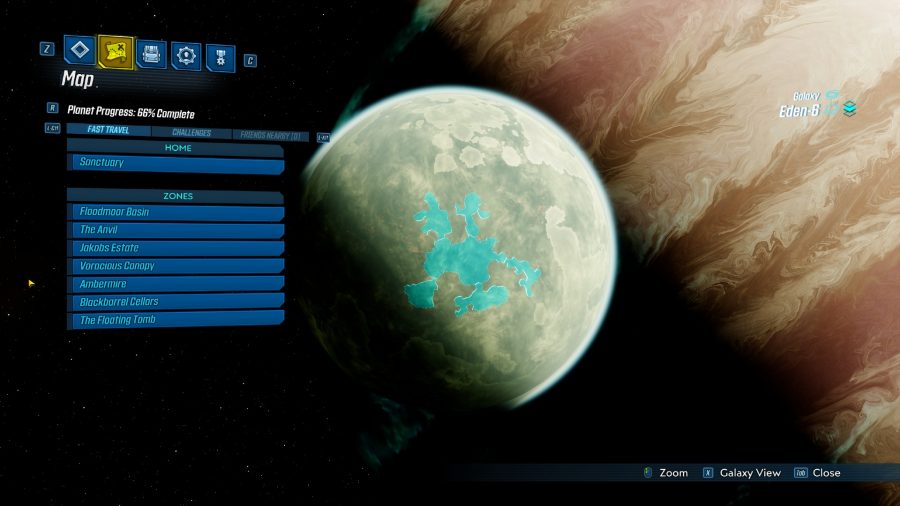 Home to the Jakobs clan, Eden-6 is covered in miles of swamplands and towering greenery, hiding all kinds of creatures, such as semi-sentient Jabbers and bloodthirsty Saurians. There are dangers lurking in the boggy waters of this uncivilized planet, where the Children of the Vault prey on fresh recruits. 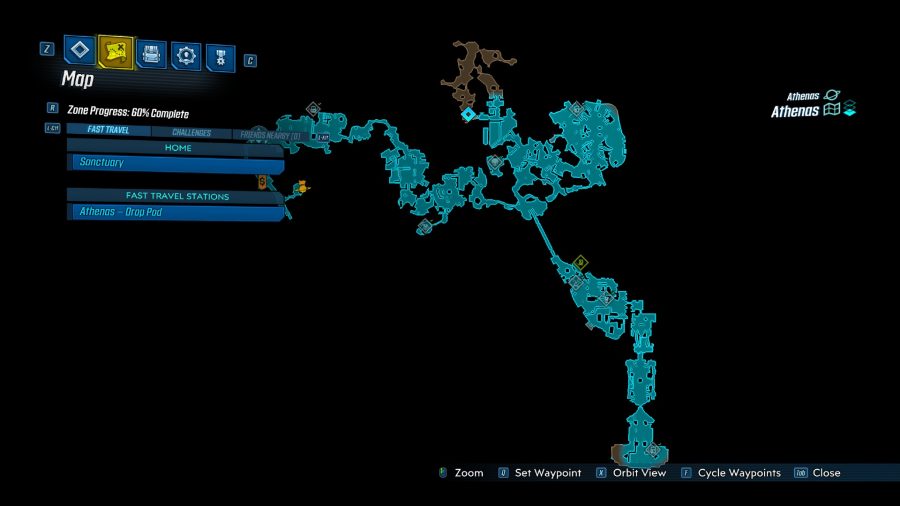 A once peaceful planet, home to the Order of the Impending Storm, a sect of monks who inhabit the high peaks. A secretive place, with a small population residing in the ancient temples tucked away in the mountains.

The Borderlands 3 planets aren’t just home to new enemies, and plenty of new cel-shaded scenery, but there’s also going to be a lot of loot to be had.