Looking for the Call of Duty Cold War and Warzone Season 6 release date? A trailer for the latest season dropped earlier this week, marking the return of Russell Adler. In the previous seasons, Adler was captured and brainwashed by Stitch, but his mind has been restored thanks to Alex Mason and his team. With the NATO team back at full power, the squad is ready to uncover the mystery behind the Verdansk bombings.

Judging by the trailer, we anticipate Verdansk is in for a shake up as several buildings located downtown, including the stadium, have been completely destroyed. We’ve seen a few changes to the map – like the satellite crash sites – in previous updates, but the last few Warzone seasons have primarily focused on adding new weapons and addressing the long distance meta. This looks like the most drastic map change we’ve seen in a long time.

Season 6 is likely going to be Verdansk’s swan song, before it’s replaced with the new Warzone map set in the Pacific. If you thought the map changes coming in Season 6 look big, the Vanguard integration may well knock your socks off. Here’s everything you need to know about Call of Duty Cold War and Warzone Season 6, including the release date, which operators are coming to the game, and what weapons are being added.

Call of Duty Black Ops Cold War is set to launch on October 5 9pm PDT, or October 6 at midnight EDT / 5am BST. The Warzone portion of the update launches a day later at the same time, with the final Zombies update set to release on October 7.

Players have until October 6 to finish off their Season 5 battle pass. To help players reach tier 100 on the battle pass, the devs are launching a double XP event from October 1 to October 4. 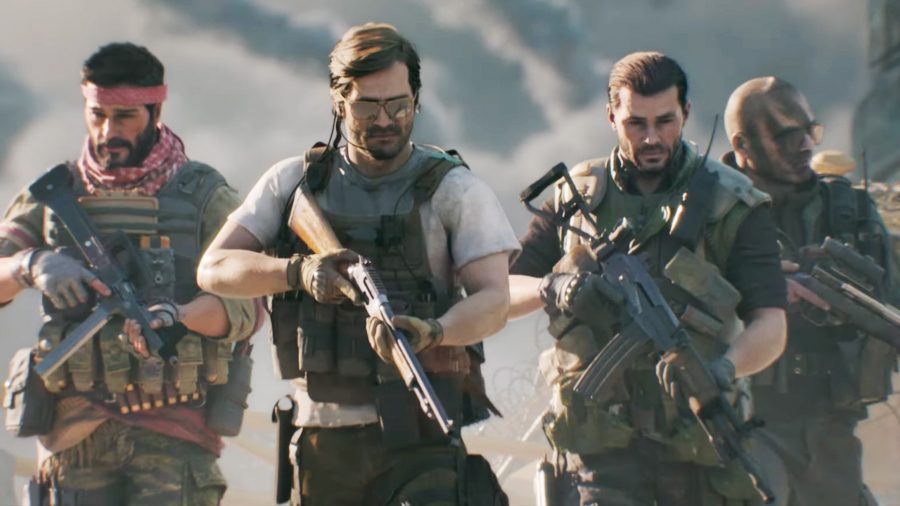 The last scene of the Season 6 trailer revealed the three new weapons coming to the game. Frank Woods is holding a LAPA SMG, Adler is carrying a Grav assault rifle, and Mason has the .410 Ironhide shotgun. It was theorised by eagle eyed fans that Adler could be carrying a Galil, but this has since been debunked.

The LAPA SMG has never appeared in a Call of Duty game before, whereas the Galil has featured in every Black Ops game. As for the .410 Ironhide shotgun, this weapon specialises in long distance shooting – incidentally, the Shotgun Bravo was recently nerfed in Warzone for being too powerful from long range.

The .410 Ironhide is available for free, but you have to reach tier 15 on the Season 6 battle pass. Likewise, the Grav is available on tier 31 on the battle pass. Players need to wait until The Haunting event to get their hands on the LAPA SMG. Will these weapons be strong enough to make our best Warzone guns list? We’ll have to wait and see. 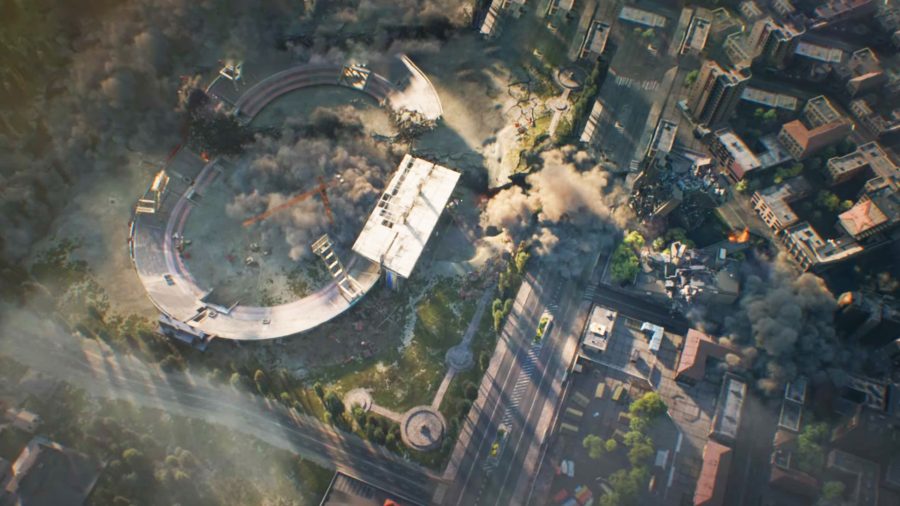 It looks like ‘80s Verdansk is going to be slowly demolished, if the bombs in the Season 6 trailer are anything to go by. We already saw the stadium, along with several buildings, crumble as explosives brought down most of the downtown area. The trailer also revealed there are more hidden bombs planted around Verdansk, so there’s a good chance we could see other areas fall over the course of the final Cold War season.

The Modern Warfare campaign revealed Verdansk was rebuilt after the Cold War, though it was unclear what this meant back in 2019, before the launch of Warzone. If the bombs continue to blow up parts of the map, this may explain why ‘80s Verdansk doesn’t perfectly resemble modern Verdansk.

The cracks in Stadium and parts of the downtown area have revealed World War II bunkers hidden below the surface. These German war bunkers aren’t like the ones found on modern Verdansk; these rooms haven’t been used since the war ended. Players can explore the bunkers using the passageways – there’s even armament rooms which could hold in-game loot. Finally, the original Gulag map based on the classic Modern Warfare Gunfight level is making its return in Season 6. 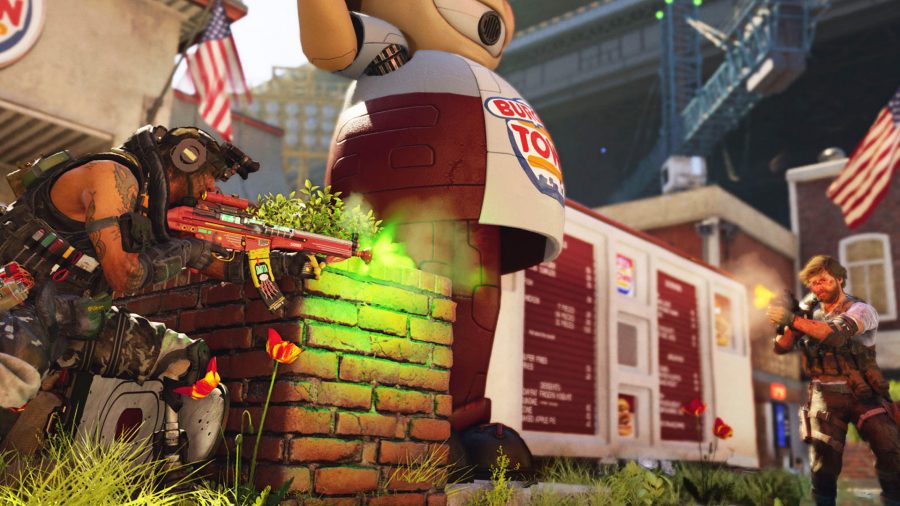 Deprogram is a 6v6 map based on the hallucinations going on within Adler’s mind during his deprogramming. The map takes segments of Adler’s memories and stitches them together to create a very different Call of Duty experience. To take things up a notch, there are red doors around the battlefield which send players to different parts of the map.

Amerika takes the fight to a Soviet recreation of an American main street, featuring all of the main buildings like the pizzeria, theater, and the iconic Burger Town spot. Though the map has been designed for close quarters encounters within the buildings, this is a medium-sized map which means there’s the potential for long range weaponry to shine.

Gluboko is the final map, though this one is exclusive to Gunfight and Face Off. Located inside an underground vault of the KGB headquarters, Gluboko promises lightning fast action centered around the main briefing table.

The trailer for Season 6 introduced Benito ‘Fuze’ Ortega, the explosives expert working with Vikhor ‘Stitch’ Kuzmin. Hailing from Madrid, Fuze was recruited by Perseus for his bomb-disposal knowledge. This season finally confirms Alex Mason is going to be a playable operator, a request fans have been begging for since the Cold War launched. Each season typically launches with three operators, but this doesn’t appear to be the case with Season 6.

CALL OF DUTY COLD WAR AND WARZONE SEASON 6 THE HAUNTING

Halloween celebrations are heading to Call of Duty on October 19 with The Haunting event. This event takes place across Cold War and Warzone, so you’ll get to experience the festivities no matter which mode you’re playing. More information about the event is going to be revealed on October 18. 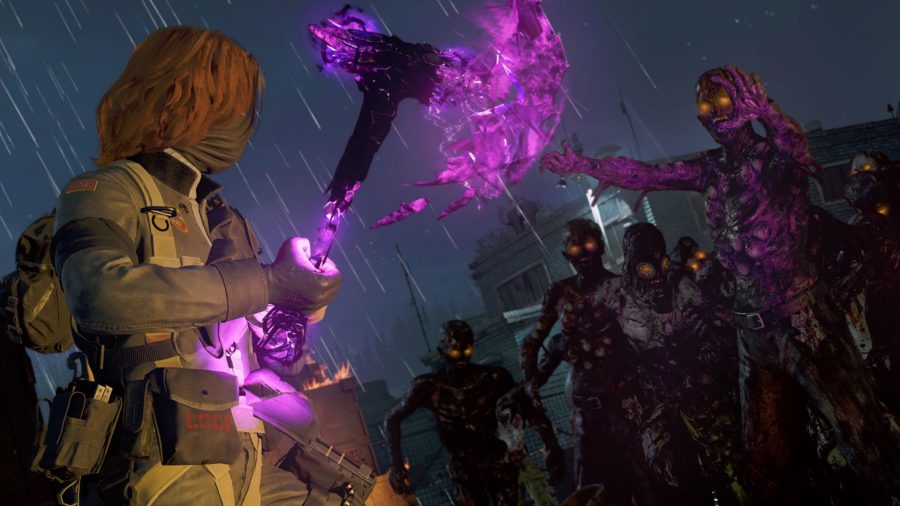 The latest Wonder Weapon joining the Zombies mode is the Chrysalax, a battle axe imbued with Dark Aether energy that can also transform into a rapid-fire energy weapon. Two support weapons are coming in this update: the Hand Cannon is a deadly pistol capable of destroying numerous zombies in a single shot, and the ARC-XD is the Aether Remote-Controlled Explosive Device.

The PhD Flopper Perk-a-Cola power up is returning to Cold War’s Zombies mode, though it’s in the form of the PhD Slider perk. It’s been eight years since the original version of PhD Flopper was added to the game, complete with the classic song. Versions of the PhD Flopper have existed in previous Black Ops games, but they have been severely toned down compared to the original.

The Cold War Zombies story is set to conclude as Samantha Maxis learns about the powers she developed during her time in the Dark Aether. The strike team working with Maxis hopes they can utilise her powers to put an end to the zombie infestation once and for all. The final round-based map is called ‘Forsaken’ and is set to launch alongside the Season 6 update.

That’s everything we know about Call of Duty Cold War and Warzone Season 6 so far. There’s still plenty we don’t know about the new season, including what maps and modes are coming to the multiplayer mode, so stay tuned for more updates. Until then, we recommend reading about Call of Duty Vanguard’s release date, as the WW2 game is right around the corner.