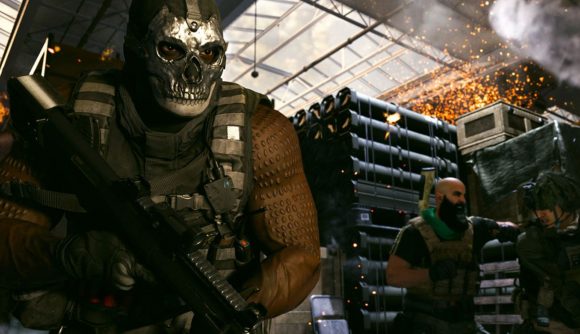 The Call of Duty: Modern Warfare Season 4 release date was delayed recently so as to not overshadow or contend with the global protests surrounding racial injustice.

Through data-mining the files of Season 3, per ModernWarzone, Twitter user Geekypastimes discovered that the ending date had been altered from June 2, to June 10. This would mean the change-over will occur at what is a regular time for new Call of Duty updates, in the evening of June 9 if you’re in the US, and in the morning of June 10 if you’re UK and Europe.

Activision and Infinity Ward announced on Twitter that the regularly scheduled next season would be delayed indefinitely on June 2. “Right now it’s time for those speaking up for inequality, justice and change to be seen and heard,” the message reads. “We stand alongside you.” It was expected to roll-out sometime June 3, containing several new weapons and maps, and a new operator. The Galil and Vector are believed to be headed to your arsenal, Scrapyard among the new locations, and one Captain Price to be a playable character.

In light of the current discussions about racial inequality, Infinity Ward has begun taking measures against racism in Call of Duty: Modern Warfare’s multiplayer and Warzone.

Activision’s choice to delay the update came among a wave of rescheduling across the industry. Sony has an imminent PlayStation 5 event that still needs to be re-dated, potentially containing some exciting Bloodborne news.