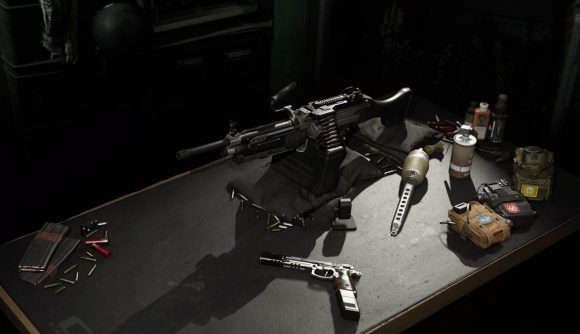 August 20, 2020 Call of Duty: Warzone and Modern Warfare are nerfing the Bruen even further.

Call of Duty: Warzone and Call of Duty: Modern Warfare recently added the Bruen MK9 – with the right loadout, the LMG is easily one of the best Warzone guns in the game. It’s already been nerfed once this month alone, and it’s getting yet another take down in today’s new balance changes.

The August 20 update to both games are about weapon tuning. The Bruen’s upper torso damage is getting knocked down, the weapon’s getting increased recoil, and the 60 round mag will suffer even more recoil on top of that.

That’s in addition to the August 11 weapon balance pass for Modern Warfare/Warzone. That patch reduced the damage range, which means one of the most appealing things about the weapon is significantly reduced in impact, if not removed altogether. The reason we liked this gun so much was because it was able to do excellent damage even at long range, and coupled with its high rate of fire, it was the obvious choice for LMGs – and even viable in an assault rifle role.

Clearly, this wasn’t what Infinity Ward had in mind for the gun, and so it’s taken the step of knocking that damage output back a peg or two. The developer hasn’t shared hard numbers or damage curve changes, but it’s likely to be noticeable in Warzone if you’ve been running our best MK9 Bruen Warzone class setup, or something similar.

The FAL assault rifle gets a boost to headshot damage and reduced close-range damage, while the M91 light machine gun is getting increased near damage and faster aim down sights speed.

Here are the full patch notes for August 20, direct from Infinity Ward:

This will likely bring the Bruen and FR 5.56 back in line with the rest of the battle royale game’s arsenal. You’ll just have to go back to mixing it up a bit.