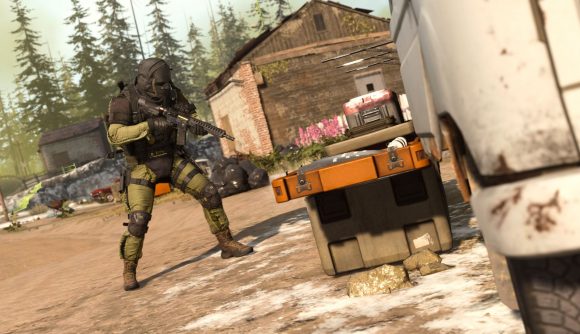 Right from the battle royale game’s launch, Call of Duty: Warzone players spotted a curious easter egg tucked away in its map. Call of Duty: Warzone’s bunkers have had folk scratching their heads for months, wondering what on earth was behind those tightly locked doors. Now, at last, some of the bunker doors have opened – and it seems there’s some pretty serious weaponry hidden away.

The latest Call of Duty: Modern Warfare and Warzone update has allowed players to start charging into the bunkers using a Red Access card, which pops up in legendary chests. Aside from some gear and cash goodies in the open bunkers, there are – wait for it – even more locked doors. And bunker 11 hasn’t yet become accessible, with its light still red after the others have turned green.

However, as spotted by Eurogamer, the Warzone community has been able to find out what lies beyond the bunker’s doors by clipping through its walls – and it seems the mysterious basements are playing host to some nuclear weapons.

The ModernWarzone Twitter channel has shared images of these findings, which appear to reveal “a war room, server room, mist room, and more” and well as a “big, shiny red button in the war room and a nuclear warhead inside of the bunker!” Take a look below:

Here’s a look behind the doors of bunker 11.

There’s a war room, server room, mist room, and more. Along with a big shiny red button in the war room and a nuclear warhead inside of the bunker! #Warzone #ModernWarfare #ModernWarzone #EasterEgg pic.twitter.com/8vuqPQUH5G

In addition, Geek Gaming Squad has posted a clip revealing the bunker’s contents – and, as you can see below, there does seem to be a nuke buried in one of its rooms.

It’s still not clear what these findings might mean, but as some in the community have suggested, they could point to some kind of a nuclear-themed event on the way, perhaps as Season 3 wraps and ahead of the Call of Duty: Modern Warfare and Warzone Season 4 release date. This isn’t confirmed, though, so it’s worth keeping an eye out in-game to see what these bunkers might hold.

If you want to be prepared for whatever’s on the way, be sure to take a look at our guides to the best Warzone guns and best Warzone loadout drops ahead of those doors opening.