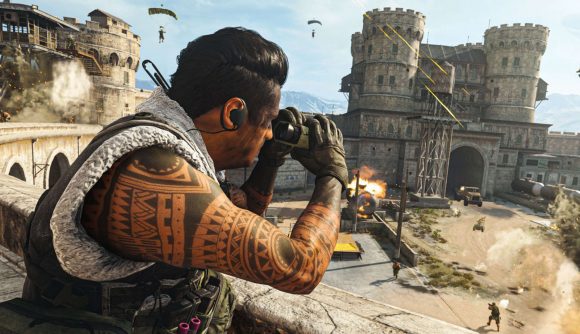 One reason Call of Duty: Warzone fills up its 150-player lobbies so quickly is because of cross play, which allows players on both consoles and PC to play in the same match. But that capability is also exposing console players to something we’ve had to deal with on PC for a long time: cheaters. Turns out, console players don’t like cheaters very much either, and they’re opting to shut off cross play in order to avoid them.

Eurogamer has collected a selection of clips posted to Reddit that show aimbots and wallhacks in action, thanks to Warzone’s killcam and spectate modes. These make instances of cheating extremely easy to spot – but if you’re playing on console, there’s not much you can do against a PC-based cheater. You have to wait until the match ends and then report cheaters by using the ‘recent players’ tab.

Activision and Infinity Ward have been busy responding to hackers in Warzone – as of two weeks ago, the companies said they had permanently banned more than 50,000 players for cheating.

But cheaters tend to pop up as fast as others can be removed, especially in free-to-play titles like Warzone, and some console players have been disabling cross play as a way to avoid it, even as Infinity Ward says the number of cheaters it’s banned has risen to more than 70,000.

Obviously that means longer wait times in lobbies, and it reduces the number of possible matches for legitimate players on other consoles – but it’s hard to blame anyone for getting tired of getting sniped by an aimbot from 300 meters they had no chance to see or avoid.

If you want to get the advantage in Call of Duty’s new battle royale without cheating, check out our guides to the best Warzone guns and the best Warzone loadouts. There’s no need for wallhacks if you’ve got a good kit.