We knew that such performance was possible in a Call of Duty battle royale ever since the addition of Blackout to Call of Duty: Black Ops 4 (and seriously, it makes me sad that so many people have forgotten all about this stellar battle royale). This Treyarch-developed game performed pretty much as well as Black Ops 4 did itself, and it seems like Infinity Ward has taken a page from Treyarch’s book for Call of Duty: Warzone.

Warzone matches Call of Duty: Modern Warfare’s PC performance, which might not seem tremendously impressive given that it is essentially a new game mode for the same game. But it is impressive when you consider the scale of Warzone’s map and its 150-person player count. We’ve tested this game against some of the best graphics cards around to uncover its PC performance.

In fact, we found that Call of Duty: Warzone runs better than its base game did at launch, at least when compared to our previous Call of Duty: Modern Warfare benchmarks. Our benchmarks were performed in November 2019, however, and the game’s had a number of patches since then, and a handful of driver releases, some of which have improved game performance significantly. As an added bonus, the Call of Duty: Warzone file size was shrunk by 11.8GB – helping you free up space on the best SSD for gaming. 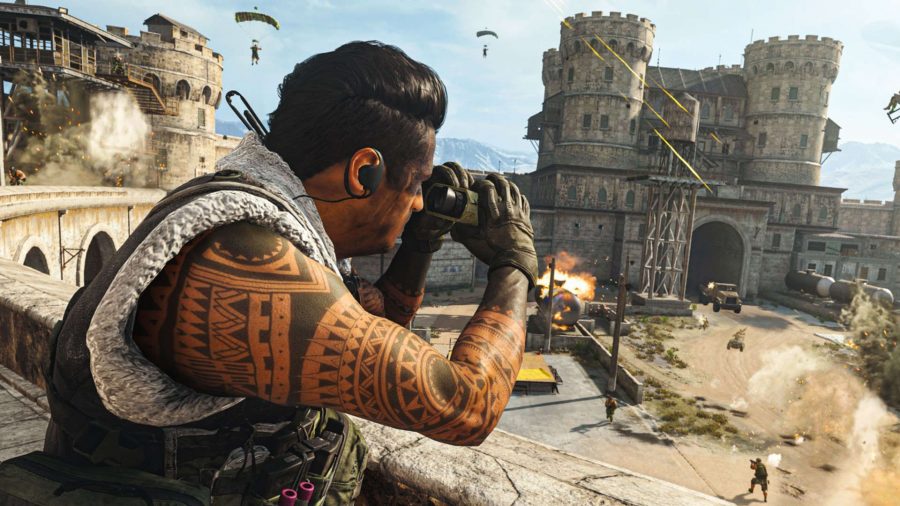 Because Warzone, like Modern Warfare, lacks an in-game benchmark, for these benchmarks we had to create our own run. In a battle royale. With 150 enemies. Luckily there’s a practice mode which performs equally in testing to the full-fat game, so we recorded the frame rates from a consistent run in this practice mode, making sure there were enough explosions and gunfire to put the GPUs under heavy load.

Speaking of things Warzone does to make the benchmarking process more difficult for us, it also lacks graphical presets. We opted to go for settings around the ‘high but not ultra-high’ mark to cover the most bases, considering it runs well and most people will be wanting this balance between performance and graphical fidelity.

Here’s a full breakdown of the settings:

Not taking into account frame rate, Warzone ran very well during our testing, not giving us a single stutter or crash. There are some reports, however, of players experiencing stuttering and other issues on certain settings such as in fullscreen borderless or fullscreen extended window modes. It’s still uncertain how many players are experiencing these issues and how to fix them. Some claim that running the game on only 8GB ram instead of 16GB is the cause of the issue, which might explain why our test rig (which runs on 16GB of DDR4 RAM) fared better. 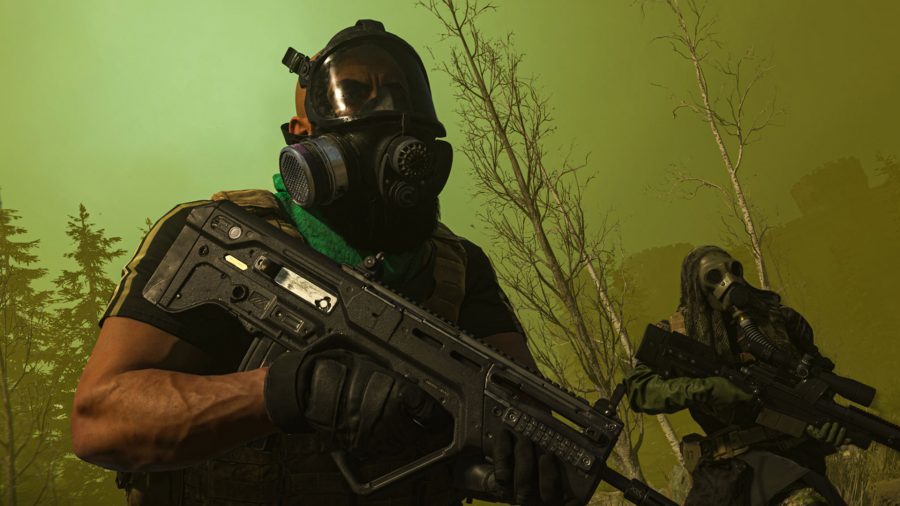 What is the best graphics card for Call of Duty: Warzone?

The best graphics card for Call of Duty: Warzone is Nvidia’s RTX 2080 Super, particularly after the recent addition of peformance-boosting DLSS support to the game. I’m sure this card would be eclipsed by the RTX 2080 Ti, had we tested it, but the RTX 2080 Ti is honestly so ridiculously expensive that we have to give the spotlight to the Super. As far as pure gaming chops go, the RTX 2080 Super has got it. If you’re lucky enough to have the latest and greatest from Nvidia or AMD, you’ll be able to push those settings even higher.

However, although it’s not quite as costly as the RTX 2080 Ti, the RTX 2080 Super is still mighty expensive. Considering this, if you’re looking for a GPU that performs really well but keeps its price in check, the RX 5700 XT should be your card of choice. This GPU is much cheaper than the RTX 2080 Super, and still manages to perform above 144fps on average at 1080p, averages over 120fps at 1440p, and above 60fps at 4K. It’s the perfect all-rounder.

Along with the RTX 2080 Super and 5700 XT, we benchmarked a range of GPUs in-game to cover a range of price and performance options.

The best 1080p graphics card for Call of Duty: Warzone is Nvidia’s GTX 1650 Super. If you’re only gaming at 1080p and aren’t playing on a high refresh rate, the GTX 1650 Super is the best card to get the job done for the price. For 60fps at 1080p you don’t need to spend a whole load, and at this resolution the GTX 1650 super manages to crack out an average of 89fps with a minimum of 66fps on high settings. Did we not mention that this game runs well?

The best 1440p graphics card for Call of Duty: Warzone is AMD’s RX 5700 XT. One of the most surprising results taken from our benchmarks is just how good this card performs at 1440p. Averaging 122fps, the RX 5700 XT sits only 8fps below the RTX 2080 Super, a GPU that runs up almost double its cost. While the similarly-priced RTX 2060 Super is very capable at this resolution, the RX 5700 XT sits far in front. I don’t know what Infinity Ward has done to allow this card to perform so well in Warzone, but whatever it did, it worked.

The best 4K graphics card for Call of Duty: Warzone is AMD’s RX 5700 XT. Yep, not only did this GPU come out on top in our testing for 1440p, but it also comes out on top at 4K. While the RTX 2080 Super gets a few more frames on average, at 4K resolution you’re only really aiming to hit a consistent 60fps. Considering both GPUs are fairly close at averages of 65fps and 70fps, respectively, and also considering the RTX 2080 Super doesn’t get much closer to a minimum of 60fps than the RX 5700 XT, going for the much cheaper RX 5700 XT is a no-brainer. Hats off to AMD for this one, I think.

Over a year after launch, Warzone and Modern Warfare finally gained Nvidia DLSS support, which can help you boost fps if you have a compatible Nvidia RTX graphics card. We haven’t had a chance to check out the performance for ourselves, but Nvidia claims you’ll be able to increase frame rates by up to 70%. This could be just what you needed to hit that high refresh rate on the best gaming monitor. 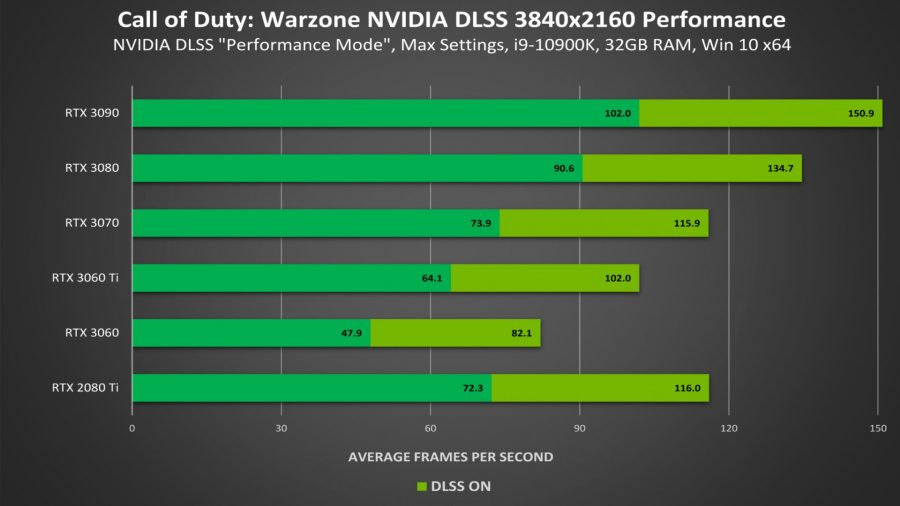 Take Nvidia’s internal tests with a dash of salt, but DLSS is almost certainly a no-brainer with noticable performance jumps across the board. You’ll see the biggest increases at higher resolutions, such as the 4K benchmarks above, with the RTX 3060 in particular benefitting the most with a chonky 71% fps boost. Lower resolutions, such as 1080p, will still see improvements, too, though, just on a smaller scale.

A common complaint of DLSS is that it can make some games look blurry, but it’s still worth trying out the different options as its essentially a free way to gain some frames while playing Warzone. 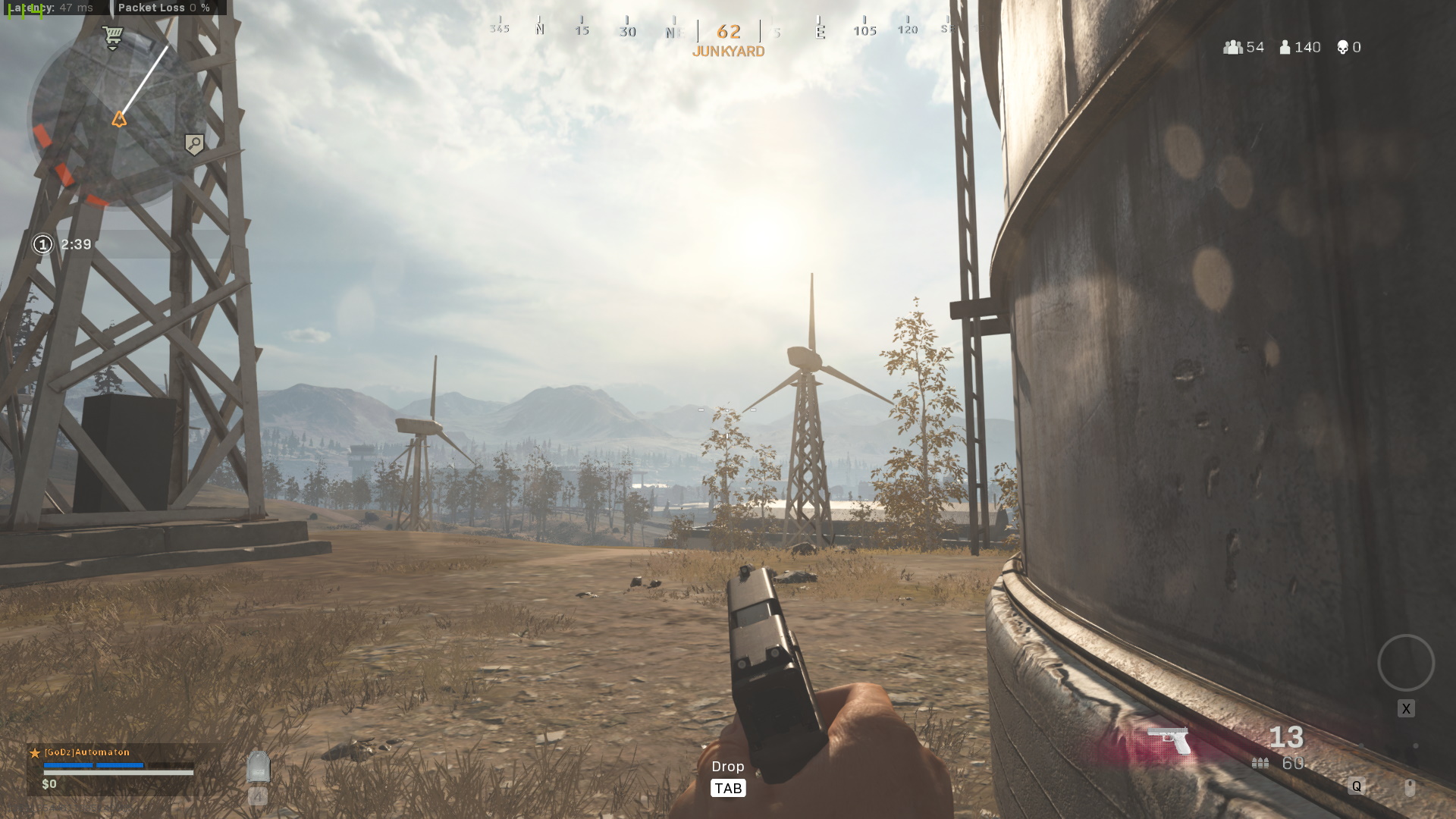 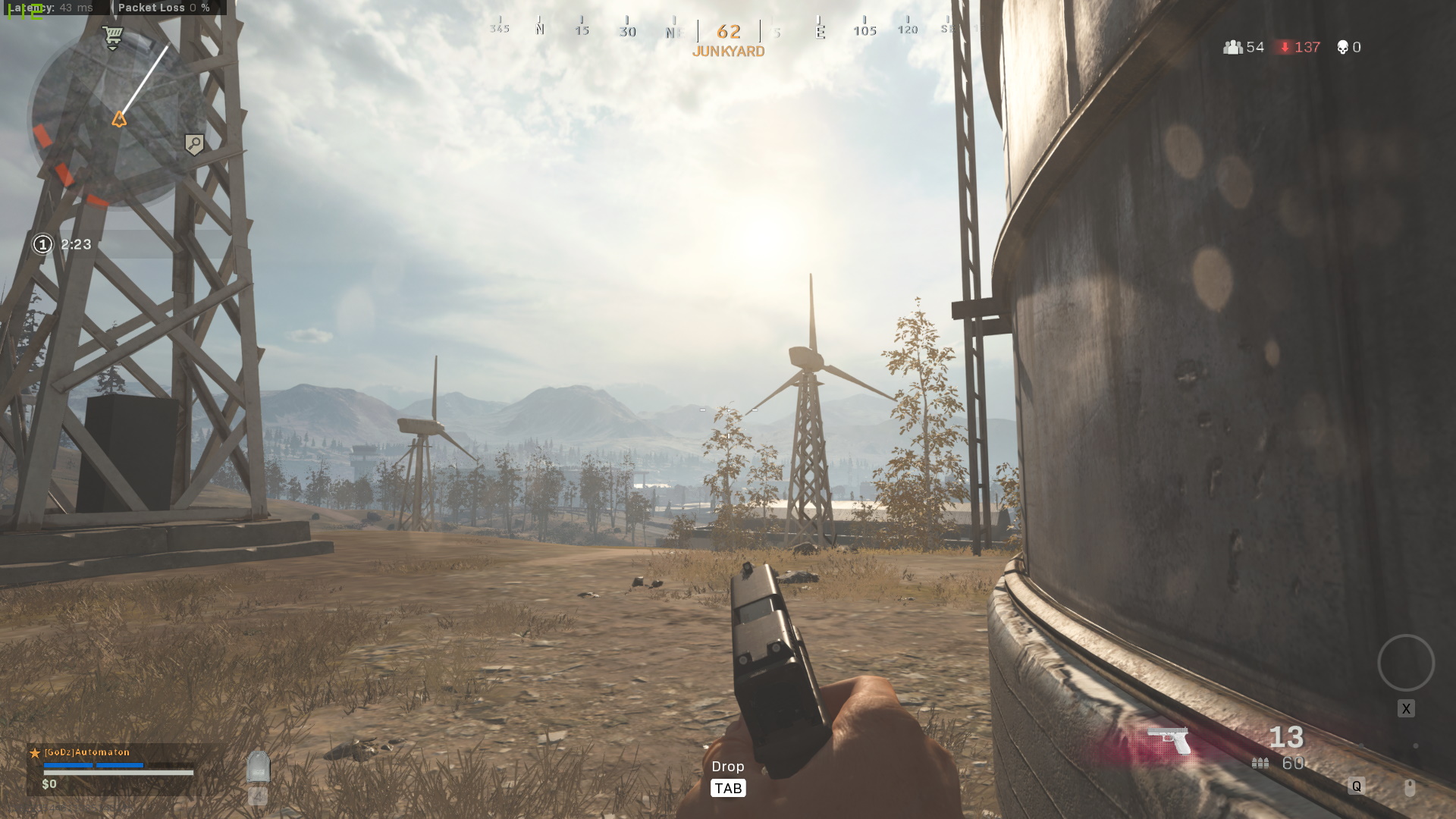 By far the best way to hit 60fps at 1440p is by lowering the texture resolution setting. This game performs so well at 1080p that it should be easy to hit 60fps on most modern gaming GPUs. At 1440p, however, lower-specced cards like the GTX 1650 Super and RX 5500 XT might struggle. But certain graphics settings have more of a performance impact than others. In our testing, turning the texture resolution from high to medium pushed the frame rate from below 60fps to above 60fps, giving a greater boost in performance than any other setting we tried.

Activating DLSS could make this a much easier task if you’re running an Nvidia graphics card, unlike our original test bench.

For a more detailed dive into which settings to use in Warzone, check out our Call of Duty: Warzone settings guide. Can you run it? Take the Call of Duty Warzone system requirements test at PCGameBenchmark.