If you thought opening Bunker 11 in Call of Duty: Warzone was the end of the puzzle, well, guess again. Infinity Ward has kicked off Season 5 of Warzone, and the newly opened stadium is the focal point of an all new puzzle to figure out as the bullets whiz by.

In seasons three and four, players discovered that interacting with various ‘message phones’ found around Verdansk’s sprawling map would reveal a numeric code, read in Russian. Activating the codes in a specific order would open Bunker 11, but there are other bunkers scattered across the map that are only accessible by special red access cards.

Players have discovered new access cards since the launch of Season 5, there’s a new access card to track down called the P2-16. They can be found in and around the stadium, and they open a small room located inside the stadium parking garage. Inside, there’s a computer you can interact with, and each time you do, it spits out a string of numbers and strange characters.

Here’s a video from MrTheRevertz that provides a rundown: 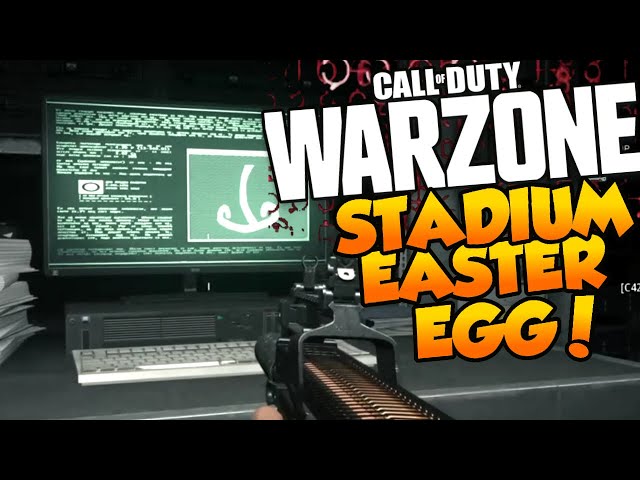 The trouble is, as you can see in the video, that the code the computer gives you is different every time you interact with it. That makes it awfully tricky to know what to do with the numbers, or even which string of characters to pay attention to.

Players have been busy deciphering the meaning of these numbers and working out what they do. One YouTuber reckons the symbols are identical to some found in the Shaolin Shuffle Easter egg in Call of Duty: Infinite Warfare – meaning they may point to a return of Call of Duty zombies in some form or another. It also seems likely that these codes have something to do with the bunkers that have already been discovered.

Whatever the case may be, you’ll want to be kitted out with the best Warzone guns when the player community works out what’s happening. Now you’re all set to go codebreaking.