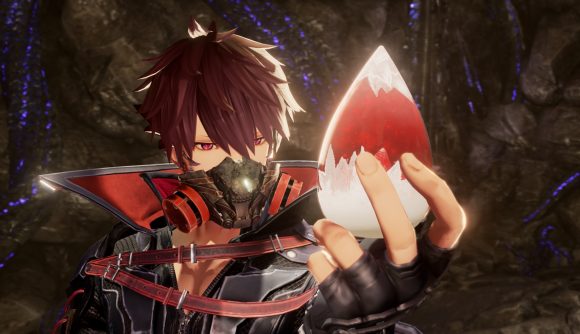 Bandai Namco is no stranger to the Souls-like genre – it published FromSoft’s Dark Souls series, after all. Its latest entry, Code Vein, is Dark Souls by way of Hot Topic, and it’s proving to be more of a hit on PC than the original Dark Souls was.

As of the time of this writing, Code Vein has 33,130 concurrent players. That’s its peak since it launched Friday, and it’s a figure that puts it in the upper echelons of Bandai Namco’s PC releases.

For as much digital ink is spilled talking about Dark Souls, the original game was never hugely popular on PC. The all-time peak concurrent player count for the original Prepare to Die edition was only 11,248, while Dark Souls: Remastered topped out at 24,505. Together, that puts the two games at more than 35,000, sure, but that’s only just above where Code Vein is now, and adding the totals isn’t a fair measure in any case because the games share a large number of players. Players who owned the Prepare to Die edition got a 50% discount on the Remastered edition when it came out, which we can assume led to a lot of overlap in the concurrent players figures.

So which Bandai Namco games did better than Code Vein? Well, it turns out the Dark Souls sequels did significantly better than the original on PC, with Dark Souls II’s original edition hitting a peak concurrent player count of 79,528 and Dark Souls III rocketing to number one, with 129,831.

The only other Bandai Namco-published game that’s done better on Steam than Code Vein at this point is Dragon Ball FighterZ, which has a peak of 44,234 concurrent players, according to SteamCharts.

Concurrent players aren’t the same as sales, of course, but they work as fairly good proxies for sales and can be reliably used to compare relative popularity.

If you’re among those who have started Code Vein this weekend, be sure to check out our guide to Code Vein character builds, which will give you some pointers on how to make your idea anime vampire goth.