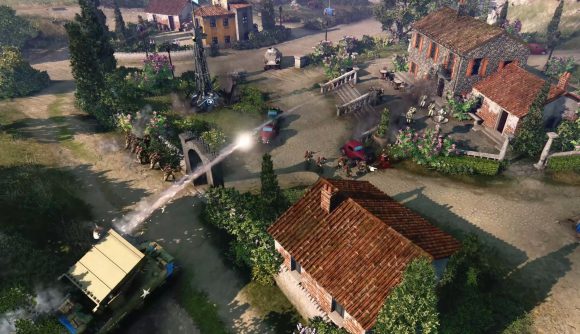 Company of Heroes 3 looks and feels a lot like its predecessors in many ways, at least once battles break out. But its dynamic ‘sandbox’ approach to the campaign means the developers have had to create missions that can accommodate a huge variety of unit types and approaches. The developers of the upcoming RTS game say they’ve built missions to be flexible and challenging, no matter which company and equipment you bring to the fight.

In Company of Heroes games of the past (with the exception of the Ardennes Assault DLC campaign for Company of Heroes 2), missions played out in a specific, story-driven sequence. That meant the mission designers knew exactly which units would be involved from the start, and could tailor the missions for specific engagements.

That’s very much not the case with Company of Heroes 3, where the campaign map presents a wide variety of options for each move, and you have a persistent company of soldiers that you can outfit and upgrade as you see fit. You might be playing as a British company or an American one; you might have brought tanks, or you may have invested more in logistics support.

That means mission design has had to change for this entry in the series, as Relic’s developers explain in the video below. 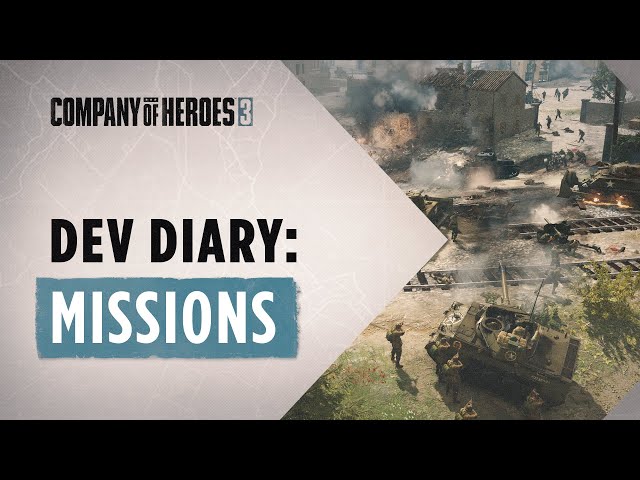 Relic says missions are tailored such that they can always be completed, no matter what kind of company you’ve brought to the fight or what perks and additional units you’ve unlocked. But just as they’ll always be winnable, they’ll also offer consistent resistance, too.

The devs have already revealed that the story will reflect your choices over the course of the campaign, and they’ve updated the Italian map where the campaign takes place with the help of fan feedback from the beta periods.

The Company of Heroes 3 release date will be sometime late this year.