There are so many characters in the world of Cyberpunk 2077, but you may not know too much about them other than what you’ve seen so far in the game. As a mercenary in Night City, you’ll encounter all kinds of people that will help you on your journey. These characters will be important to V throughout the course of the game, so you’ll definitely want to know more about them.

Don’t worry, there aren’t any spoilers in this guide – everything you’re about to read has happened before the events of the game. Here’s everything you need to know about the characters in Cyberpunk 2077.

The frontman of the chrome-rock band Samurai, Johnny Silverhand is a rebellious anti-corpo on a mission to tear down the ruling corporate regime. Johnny had a rough start to life. Originally born as Robert John Linder, his father was killed by rioters, leaving him to fend for himself at the age of six. He was eventually picked up by a travelling family where he learnt a number of skills, but Robert soon found himself alone once again. Eventually Robert made his way to Night City where he reinvented himself as Johnny Silverhand. 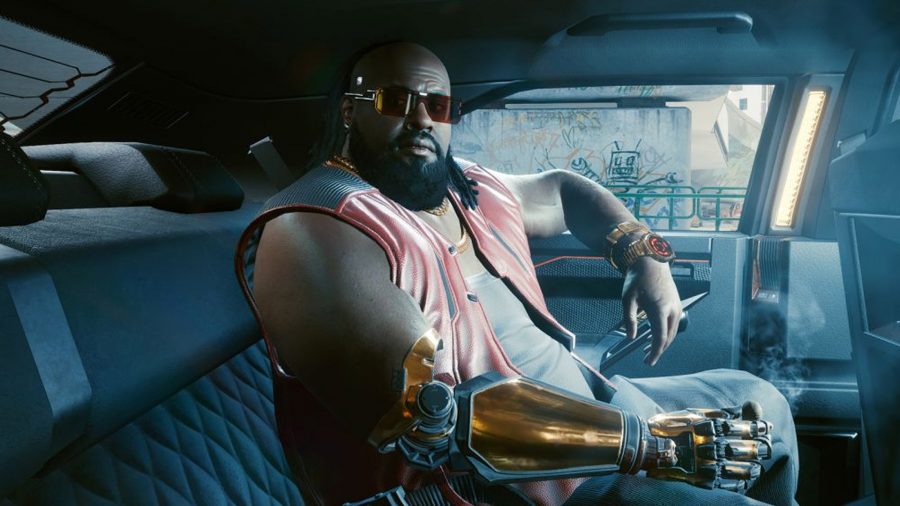 One of Night City’s legendary fixers, Dex has returned from a long ‘holiday’ ready to get back in the game. Most of Night City’s mercenaries know Dex only works with the very best – working for Dex as a new mercenary is the equivalent of winning the lottery. Dex wants to steal Arasaka’s prototype tech, the Relic, but he’ll need a worthy crew in order to do so.

Originally adopted by the Aldecaldos, Panam Palmer grew up in a tight-knit family filled with free spirits. By the time V meets Panam, she has left her family and has been working as a mercenary, the type of work the Aldecaldos deliberately shunned. As Panam spends more time with V, she starts to question what she really wants in life, and whether the life of a mercenary is her real purpose. 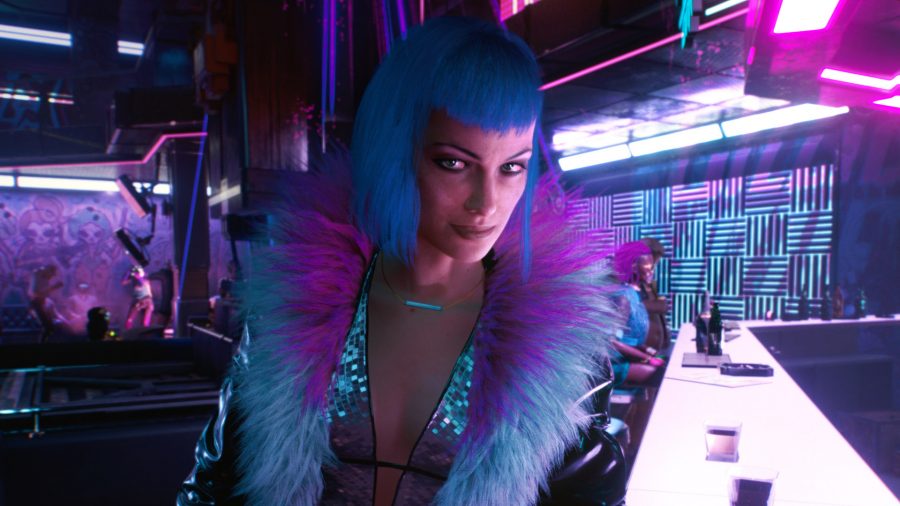 Evelyn Parker’s goal in life was to become a professional actress, but she ended up taking a job at the Doll House, a Night City pleasure house. Evelyn soon becomes wrapped up in her new life, moulding to whoever her clients want her to become. Judy and V discover Evelyn knows important information about a heist fixer, eventually leading to them reliving her memories through braindance.

Alt Cunningham was a corporate netrunner and an incredible programmer, responsible for creating the Soulkiller program. Once Arasaka found out about Alt’s skills, she was kidnapped and forced to turn Soulkiller into a corporate tool. Arasaka used Soulkiller on Alt, removing her from her body and trapped her in the net. Alt is one of the few people Johnny and V can rely on to help them with their shared problems, but they’ll need to find her first. 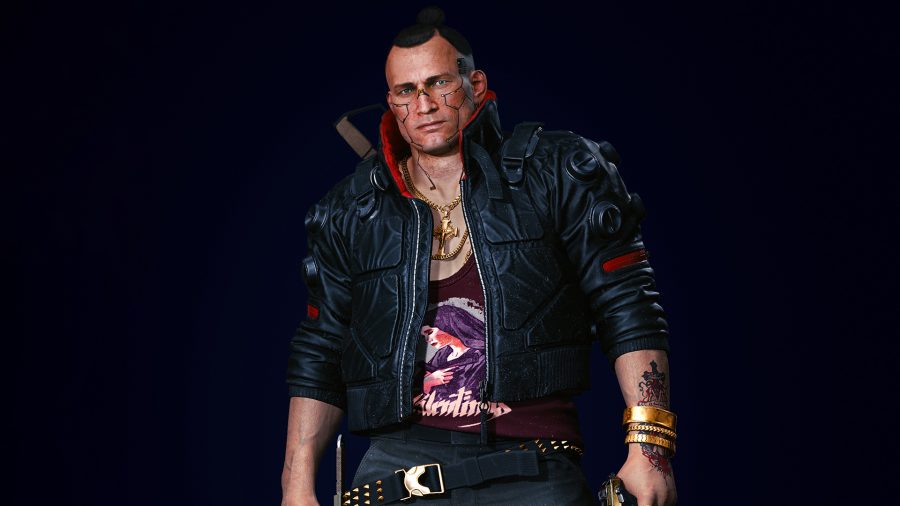 Jackie Welles is one of the first companions you’ll meet in Night City. As an ex-Valentino gang member who would do anything for his closest allies, Jackie’s goal in life is to live in luxury with his family. Each life path is introduced to Jackie in a different way, but ultimately he ends up becoming one of V’s closest friends. Nomad V meets Jackie while running from Arasaka agents in the Badlands, Corpo V has known Jackie as a trusted friend for years, and Street Kid V meets Jackie during a carjacking attempt.

Raised as an orphan, River Ward joined the NCPD in hopes that the discipline of the job would straighten out his life. As his years in the police force progressed, River found himself struggling to avoid compromises within a broken justice system. By the time V meets River, his badge has been taken away, causing him to feel lost in life. River’s goal is to find out who he truly is, and that begins by reconnecting with his family. 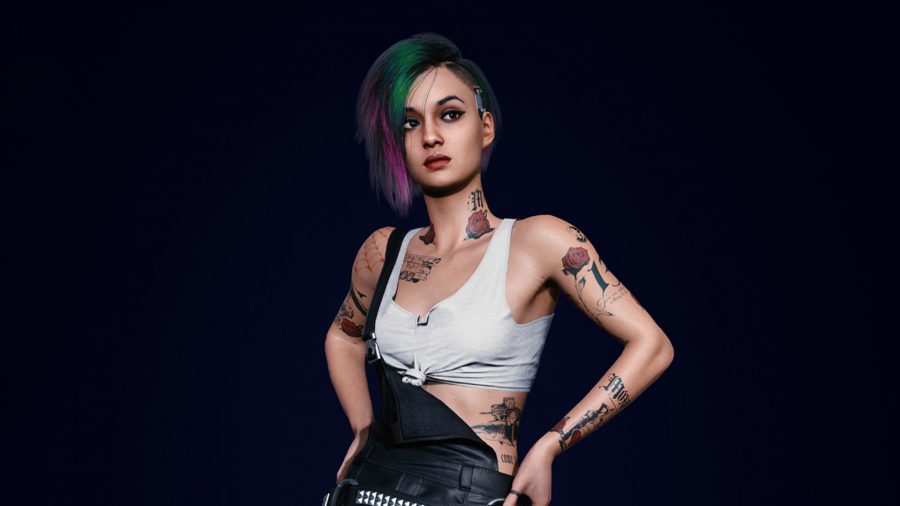 As one of Night City’s finest braindance technicians, Judy Alvarez is renowned for redefining one of society’s most important cultural vehicles. Borrowing from other forms of media, Judy took pieces of established braindance techniques to innovate in ways people hadn’t seen before. Braindance isn’t the only thing on Judy’s mind, she also cares deeply about the plight of prostitutes working in Night City, which is how she ends up meeting V.

Viktor Vector is one of the best ripperdocs around, opting to use his unique surgical exoglove over a cyberhand like most ripperdocs. As the people of Night City continue to augment themselves with technical enhancements, a doctor that specialises in the human body and technology is crucial. Viktor’s clinic is located through Misty’s Shop, the perfect refuge for V and the rest of Night City’s inhabitants. 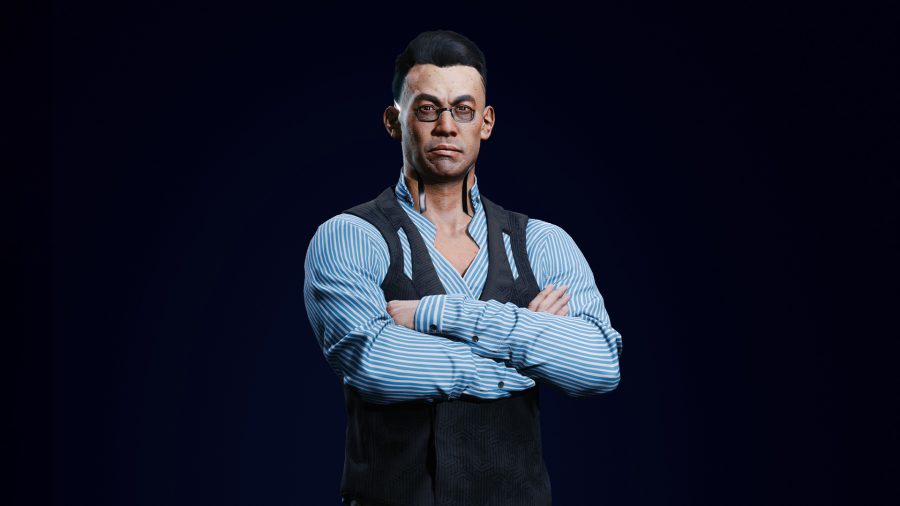 The younger son of Saburo Arasaka, Yorinobu Arasaka had been groomed from the day he was born to take over the family business. After a heated confrontation with his father, Yorinobu turned his back on his family, choosing to create a gang dedicated to taking down the Arasaka empire. This task proved to be too much for Yorinobu’s gang, and after some convincing from his sister, he returned to the family fold.

Goro Takemura made a name for himself as a Arasaka soldier, ultimately being called to serve as Saburo Arasaka, the CEO of Arasaka Corporation’s personal bodyguard. This career high didn’t last long, as Goro was blamed for failing to protect Saburo during a dangerous encounter. With numerous bounty hunters on his back, Goro deactivated his implants and started a new chapter on his life on the streets. 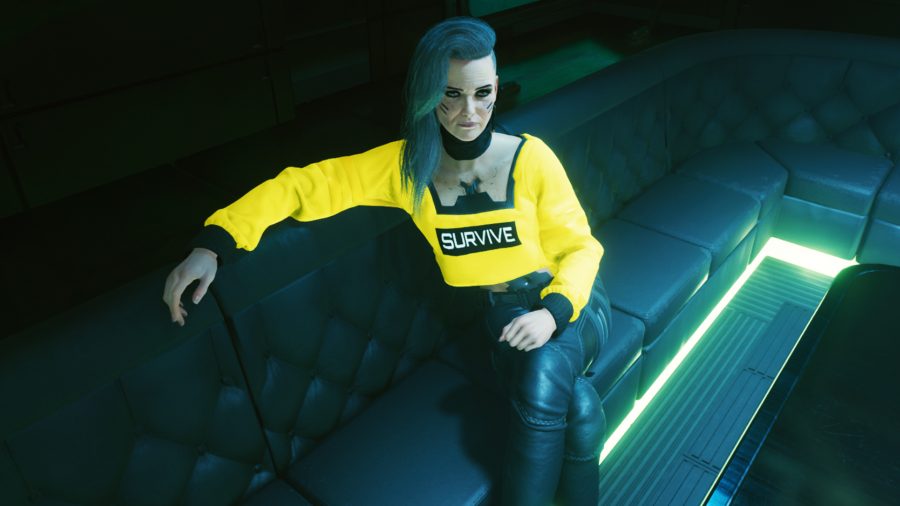 One of the original cyberpunks prior to 2020, Rogue Amenderson gave the gang life a try before deciding that it wasn’t for her. Rogue was renowned for her killing prowess, known to be one of the best hitmen of her time. After the raid on Arasaka Tower, Rogue decided to hang up her weapons and instead used her contacts to become a fixer. Rogue was romantically involved with Johnny Silverhand, but the relationship didn’t last.

The CEO of Arasaka Corporation, Saburo Arasaka took the reins of the family business in 1960, following the death of his father. It was under Saburo’s control where Arasaka’s foothold in Night City began to take hold, creating the behemoth of a corporation known today.

And that’s everything you need to know before starting your Cyberpunk 2077 adventure. Though the game has an extensive tutorial, it can be difficult to stay on top of every new mechanic. Be sure to check out our Cyberpunk 2077 hacking guide, as well as our cyberware, and quickhacking guide to ensure you have all the information you need.