One of the biggest games of the generation is finally upon us, and it appears people already want to know about about what DLC it’s going to get. However, developer CD Projekt Red has confirmed more details about Cyberpunk 2077’s DLC will be revealed after the game launches on December 10.

CD Projekt Red’s president Adam Kiciński revealed this news in a third quarter earnings call (transcribed by Seeking Alpha) this week. Though originally scheduled to be revealed prior to the game’s launch, the most recent delay meant the developers decided to hold onto the information until later on. “The initial plan was to do before release, but after the recent delay, we decided to wait for the release to provide gamers with the game and then start talking about future projects,” says Kiciński. “So, after release.”

The developers also touched on Cyberpunk 2077’s multiplayer mode coming in 2022 in the earnings call. “We’ll share our thoughts about next year once we will update our strategy, “ says Kiciński. “It will happen in Q1 next year, and that will be after releasing Cyberpunk and that will be the right moment to discuss deeper or all key aspects around future releases.”

The only thing we know about the upcoming Cyberpunk 2077 DLC is that we should expect more content than The Witcher 3 received. In total, The Witcher 3 ended up with two full expansions and 16 free content packs. Sounds like we can expect to be in Night City for quite some time, even after finishing the game. 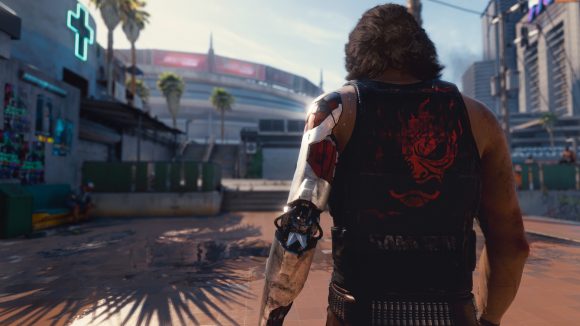 After three delays, it’s easy to see why some people were concerned the game may not meet the December release date. Fortunately, CD Projekt Red’s Q3 2020 earnings report revealed Cyberpunk 2077 will not be delayed for a fourth time, with the devs reiterating the game will be launching in December.