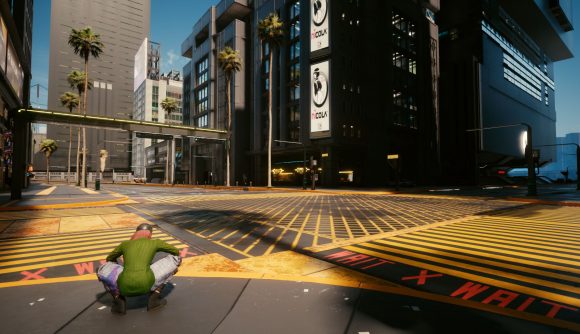 Not only is Witcher 3 modding project WolvenKit being prepped to support CD Projekt Red’s latest behemoth RPG game by its creators – Cyberpunk 2077 mods are now starting to roll onto sites like Nexus Mods in earnest. Options so far are somewhat limited to things like reshades and V presets, but there are a couple of offerings that let you turn Night City into a ghost town, giving your CPUs a bit of a break in the process.

Drahsid’s ‘Disabled Crowd’ mod does what its name indicates – it simply switches off the swathes of varied, retro-futurist folk that inhabit the new PC game’s enormous city. “Are you CPU bound by the crowd?” the modder asks. “Fear not, this turns it off (mostly).” As you can see in the image of the creation in action, it transforms Night City – sure, the palm, skyscraper corpo buildings, and neon adverts still dominate the landscape, but it looks like all its cybernetically enhanced inhabitants have decided to abandon it, and no-one’s told poor V. Spooky.

Similarly, Muhnoodles’s ‘No crowds and cars’ mod leaves you adrift in a world even more dystopian than the one CDPR imagined. There are more or less no NPCs or Cyberpunk 2077 vehicles – rustbuckets, hypercars, or otherwise – to be seen anywhere.

It seems these work by switching the crowds and cars off in the open-world game’s .ini settings file. As simple as that – ‘click’, and all those crowds are gone. Some NPCs can still show up but they’re rare, and a handful of cars that appear in the far distance will disappear if you head towards them. A ghost town in more ways than one, perhaps. 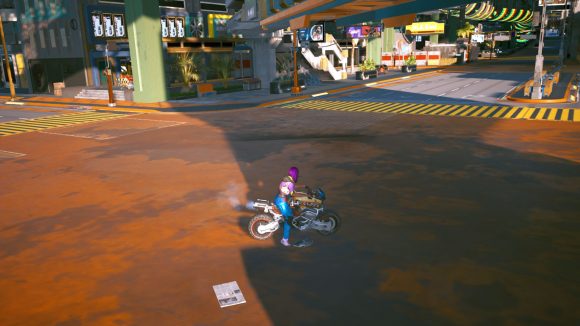