With over 400 Cyberpunk 2077 perks, some of them with multiple levels, it can be a tad overwhelming to start your Cyberpunk 2077 build, without knowing which perks are worth investing in.

Although you do start the game with a pool of points to spend among the attributes; body, reflexes, intelligence, technical ability, and cool. Within these attributes are further stats, so you can hone in on specific Cyberpunk 2077 builds. You unlock a perk point every time you level up, and an attribute point to invest in the five overarching attributes.

You can also invest in these individual stats, which really round off the build nicely, by leveling up in abilities like quickhacking, handguns, or stealth – you can do this by using the ability, weapon, or skill throughout your time in Night City, slowly becoming more proficient in the desired area. You need to ensure your perks and skills are aligned, so take some time to think about what type of build you want, whether that’s a melee brawler, or a tech savvy ninja.

Although there aren’t any ‘best perks’ as such, as it’s very much up to your build to dictate which perks suit your playstyle and character, there are some highlighted perks which provide substantial benefits.

Probably one of the more crucial skills, quickhacking in Cyberpunk interferes with enemy surveillance, security, and cyberware, so paired with either stealth or brash combat can work in your favour. These perks bolster quickhacking and are well worth investing in if you’re going for a more aggressive build.

Hacking in Cyberpunk 2077 can be a little fiddly, especially when it comes to the hacking mini-game with each hacking attempt. All the perks that sit under Breach Protocol unlock powerful Cyberpunk 2077 daemons or buff them, providing significant bonuses to hacking into systems. 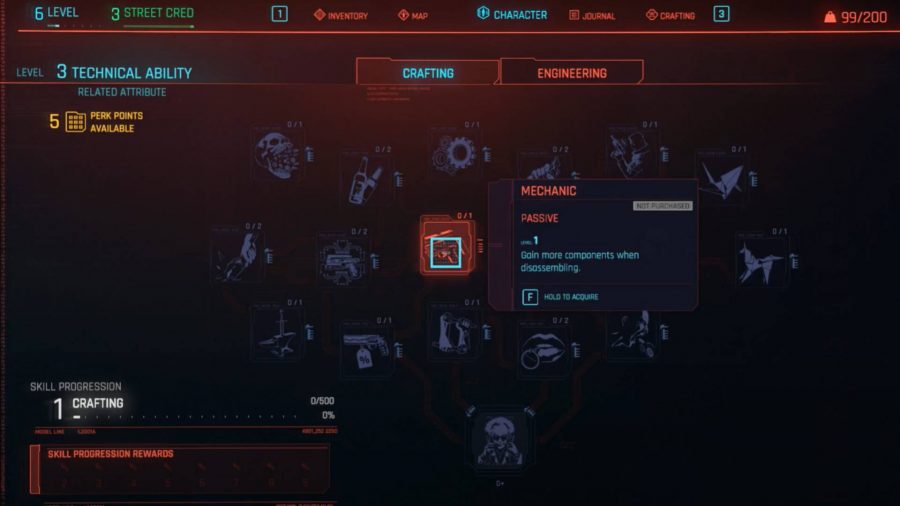 Crafting is a huge part of finding blueprints and creating your own weapons and armour. Not only that but invested crafting perks reflect the stats of crafted items, so it’s worth buffing up in these perks.

Standard tech weapons can be quite powerful in their own right, but they can become some of the most powerful weapons in the entire game. Unlike normal weapons, you can charge tech weapons to penetrate through walls and deal considerably more damage. With some of the upgrades in the Engineering skill tree, these weapons can shred intimating groups of enemies into tiny pieces.

You might not think much of a little handgun compared to some of the assault rifles in the game, but these small weapons can pack a punch. Johnny Silverhand’s pistol in particular is one of the lethal handguns in the game, and you can make it even more dangerous by investing in some of these perks.

If you need the rapid fire power of a submachine gun or assault rifle, you’ll want to invest some points into this skill tree. These weapons are already quite strong without upgrades, but if you’re looking to demolish anyone that stands in your way, here’s what you’ll need.

Dealing extra damage, evading enemies, increasing shield capacity, and recovering health – all with these nifty blades equipped. For some extra damage output, here’s where to find the Mantis blades in Cyberpunk 2077. 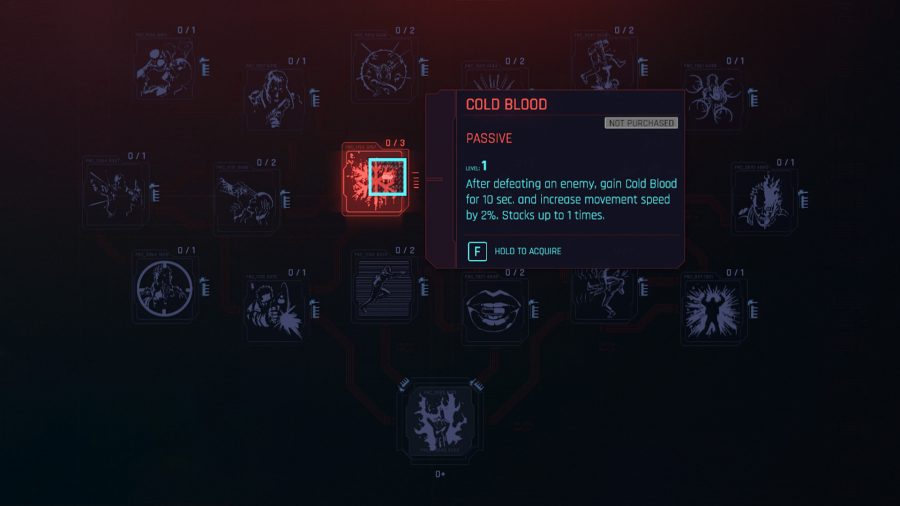 Want to build a John Wick-esque character? This skill tree rewards you for taking on groups of enemies, granting you a stack of Cold Blood for ten seconds. During this time, your senses are heightened allowing you to move faster, deal more damage, and regenerate your health as long as you keep killing enemies.

Ah, every RPG wouldn’t be complete without the stealth option, the route we all want to have patience for, but rarely do. However, these stealth perks provide benefits to using a silencer, and that’s something we can get behind. It also provides immunity perks, and extra incentives to use sneaking.

Those are the best Cyberpunk 2077 perks, but if you want to know more about shaping your character, check out our guide to how to choose a life path in Cyberpunk 2077, as well as how to get the most from Cyberpunk 2077’s character creation.