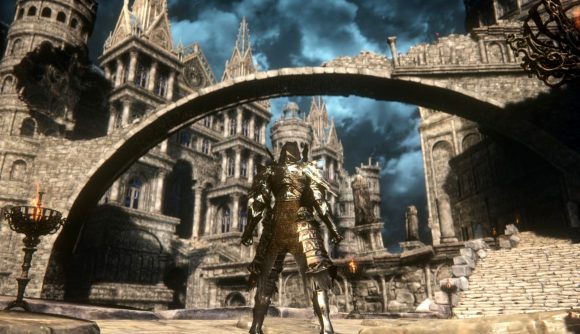 Dark Souls: Archthrones is an impressive Dark Souls 3 mod that acts as both an overhaul and a prequel to FromSoftware’s RPG game, and the team now reveals that it’s “working on a demo” that should hopefully be available soon.

There are many fantastic fan-made Dark Souls 3 mods, such as ones that change boss fights or just complete overhauls of the game, but Archthrones is a little different. The team describes it as an “extensive” overhaul of the dark fantasy game. Locations are being “beautifully reimagined” with new lighting and visuals, and there will also be changes to boss encounters, too.

Aside from being an overhaul, though, Archthrones also features “an alternate story set before the events” of Dark Souls 3, with this prequel story being set “across five unique worlds, each accessed via the Nexus of Embers”. It’s apparently been in development for two years, and also contains new NPCs, enemies, and even bosses. The team even seems to be deliberately making the new areas more in the style of Dark Souls precursor Demon’s Souls, which is neat as that game’s still not on PC.

While the team does have a Patreon, Archthrones will be “100% free” when it releases – although you’ll need Dark Souls 3, of course, and all its DLC. As for the demo, there’s no word yet on what it’ll feature – although it’s supposed to be “something like an alpha” – and the mod team doesn’t have a release date for it yet, but says that “things are progressing well”.

We're working on a demo!

Since a lot of people are very excited about the mod, we've decided to give you a glimpse of what we're working on.

There's no ETA yet, but things are progressing well!#Archthrones #DarkSouls3 pic.twitter.com/CGx7kTuzWF

While it’s much more recent, Dark Souls stablemate Elden Ring is already receiving mods too, such as ones that turn the RPG into the ultimate Star Wars or Legend of Zelda game.