Struggling to deal with the Death Stranding Higgs boss fight? Being one of the game’s main antagonists, you’re probably wondering how to beat Higgs in Death Stranding. He’s a shifty character, an agent of extinction and a very naughty boy.

Before we go any further we’ll point out that there are some story spoilers for Death Stranding below, although we’ve kept anything that happens after the battle under wraps. Death Stranding is now available on PC, so PC players rejoice, but don’t celebrate too quickly, as there are some tough bosses to defeat.

Played by Troy Baker, Higgs’ heel turn is a shining performance in an already star-studded ensemble, but all you’re really here for is to learn how to punch him in the face, so let’s get on with it. In this guide, we’re going to teach you how to beat Higgs once and for all when you face him in his final form on the beach.

How to reach the Death Stranding Higgs boss fight

First off, you’re going to want to get to the final battle with Higgs, which takes place at the end of Episode 9 after you defeat the Death Stranding giant BT in Edge Knot City. This involves crossing the tar belt from the Central Region and landing on the other side.

Related: Here is how many episodes are in Death Stranding

Fragile will later transport you to Amelie’s beach to stop The Last Stranding that Higgs is trying to initiate. Once there, the boss fight will start after a few cutscenes. Here you’ll have to fight Higgs with just your fists and strand, as you can’t take any weapons through, given its a Fragile Jump. You don’t have your BB powers either. 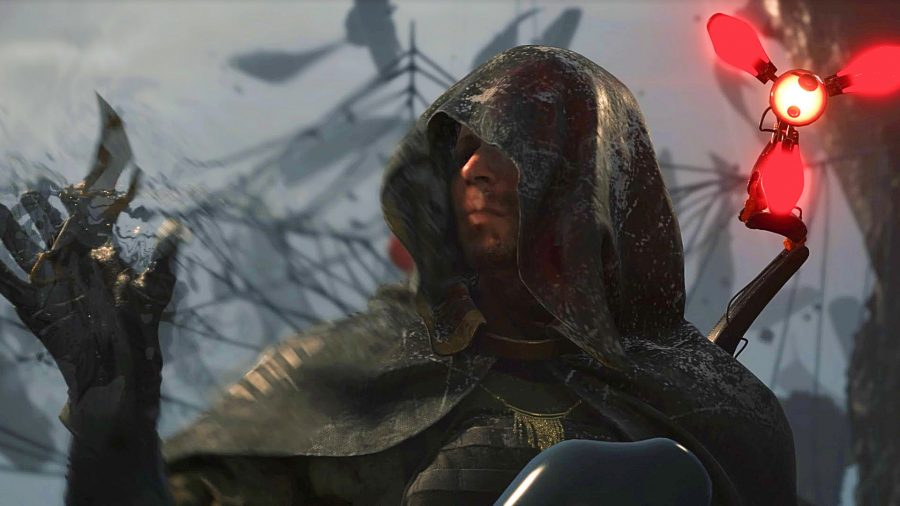 How to beat Higgs in Death Stranding

Whilst it might feel right to go full CQC with Higgs and punch the living daylights out of him, he’s stronger than you are and will quickly best you in a man to man fight. What you need to do is pull out your strand from the radial menu and be sneaky about it.

Follow Higgs around and sneak up on him. If you hide too much he’ll ping you with his scanner, a process you can’t negate. So sneak but act quickly and hit the trigger to bind him with your strand when you get close.

Once he’s down on the ground you can kick him which will actually do damage. One quick way to finish this fight is to simply circle him whilst he’s punching or performing an animation like Grenade-chucking or posing. You’ll soon get the prompt to bind Higgs and you’ll be able to kick seven shades out of him with ease.

You only have to repeat this process twice to end this boss battle, so it’s fairly quick but understandably quite hard to figure out. 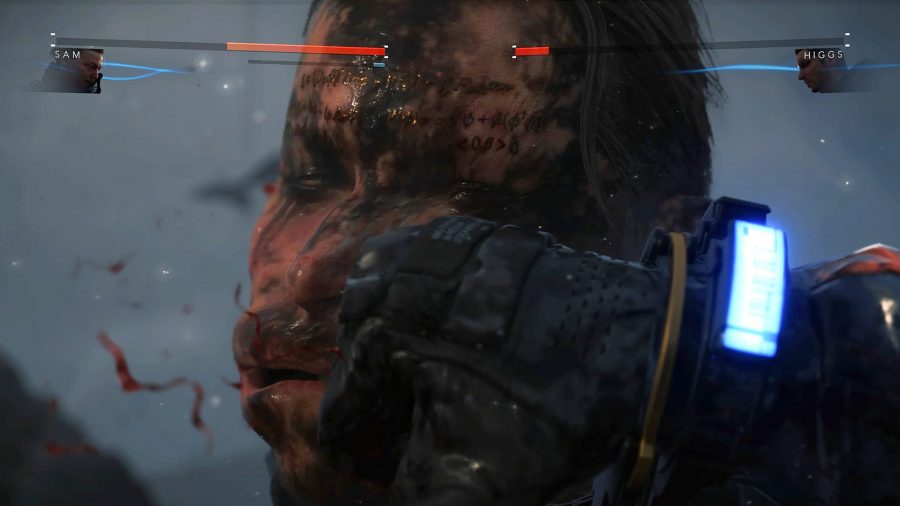 How to beat Higgs’ second phase

Once you’re done wrapping Higgs up you’ll head into a tar pit for a spot of boxing. Both Sam and Higgs put their dukes up and the fight becomes an homage to Metal Gear Solid 4’s fighting game boss battle.

You simply have to hammer the punch button to beat him in this phase, and we’re not sure you can really fail it unless you try to. Block intermittently when you see Higgs gear up for a flurry of punches to ensure success. After a few slowmo jaw crunching haymakers, the big boss will be down and you will have defeated Death Stranding’s Higgs once and for all. Enjoy the ensuing cutscenes and pat yourself on the back for taking down this.