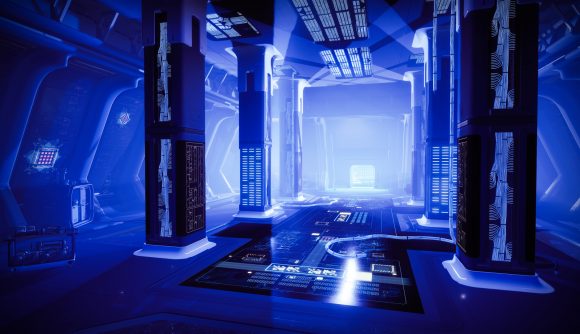 Bungie revealed some major plans for Destiny 2 during today’s vidoc, which saw the announcement of the next expansion, Beyond Light, and the launch of the new season, the Season of Arrivals. But perhaps the biggest news is the Destiny Content Vault system, which will see older content cycled out of the game to make room for new locations, raids, and activities – as well as content from the original Destiny, which PC players haven’t ever seen.

Bungie general manager Mark Noseworthy and Destiny game director Luke Smith explained the concept of the Destiny Content Vault during today’s stream, and it’s a doozy. The game has grown unwieldy in terms of storage footprint and patching requirements, making it increasingly impractical to continue adding to it. But Smith said they don’t want to start from scratch with a sequel, as starting development on Destiny 3 would clear the boards, but also require Bungie to “go dark” on Destiny 2.

Instead, he said, when Beyond Light launches in September, older content is going to be pulled from the game and “vaulted,” to potentially return at a later date. According to a follow-up post published after the stream, that content includes a major chunk of the original destinations from ‘vanilla’ Destiny 2 and Year 1: Io, Titan, Mercury, Mars, and the Leviathan won’t be accessible after September 22.

That’s a pretty massive bummer, seeing as these have been key locations not only in Destiny 2’s original campaign, the Red War, but also throughout the adventures that have followed. However, there’s stuff that’s coming out of the vault as well, and that includes major pieces of the first Destiny. 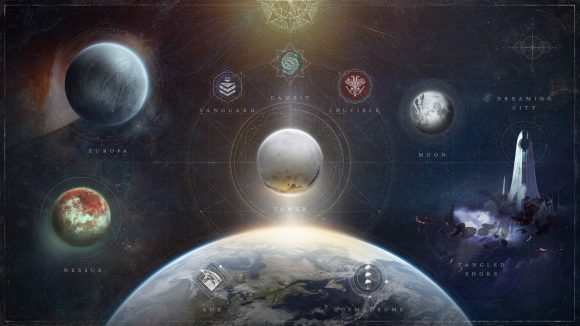 More content from the original Destiny is on the way to Destiny 2: in Season 13, Cosmodrome will be expanded and “fleshed out” to match approximately its size in during the original Destiny’s Year 1, and the Devil’s Lair and S.A.B.E.R. strikes will make a return. Then, at some point in Year 4, Bungie plans on bringing back Destiny’s first raid, the Vault of Glass – although this will include champion enemy variants, which were first introduced in Destiny 2’s Forsaken expansion.

None of the gear players have earned for specific activities or locations will be vaulted, Bungie points out in the post. And there will be new ways to earn exotics that have questlines tied to specific areas that do go into the vault.

There are plenty of questions left unanswered about the Destiny Content Vault, even between the announcements made during the stream and the follow-up post. But the way things will stand when Beyond Light launches in September will be a total of three playable raids (including the new one set on Europa), strikes available from the list of active locations only, a curated list of PvP maps drawn from both Destiny and Destiny 2, and Gambit and Gambit Prime merged into a single mode, with the associated armour visuals available as rewards from the Drifter.