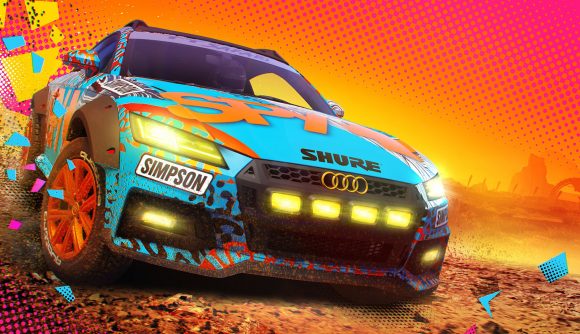 The next game from the Dirt 5 team at Codemasters Cheshire will be another triple-A racing title, as expected, but the developer is setting its sights high – promising to make it “the most ambitious and biggest game that Codemasters has made in over a decade”.

Dirt 5 arrived a year ago to very good reviews for the most part, including our own review which said that it’s “a game that feels like a series rediscovering its swagger”. However, since then the Dirt series and publisher Codemasters itself was taken over by Electronic Arts, despite offers from Take-Two – and now EA is pushing for annual racing games within its EA Sports label.

Dirt 6, Dirt Rally 3.0, or whatever the new game from Codemasters Cheshire will be, is currently in production – and the developer is hiring staff to complete it. The post for development manager (thanks Exputer) contains a few hints about the studio’s next triple-A racing title, which sounds like it’s going to be a big one.

The post doesn’t mince words, either, saying that the team’s next key project “promises to be the most ambitious and biggest game that Codemasters has made in over a decade”. That’s no mean feat given how many of the best racing games around the publisher has produced in the last ten years – including the Dirt, Dirt Rally, F1, and Grid series.

While it’ll undoubtedly be a while until Codemasters Cheshire’s next game is released – Dirt 5 only came out in November, after all – it sounds like it’ll be something to look forward to, especially alongside Burnout developer Criterion’s upcoming Need For Speed game.