Looking for Golden Seeds in Elden Ring? These handy seeds allow you to upgrade your flasks, increasing the uses of Crimson and Cerulean Flasks to help you out when you come up against tough Elden Ring bosses or explore one of Elden Ring’s many dungeons.

They can be found across the Lands Between; you can spot them by glowing Erdtree saplings, which make them easy to see from a distance when traversing the expansive open world. To use Golden Seeds, simply rest at a Site of Grace and charge your flask, with each upgrade increasing the amount of Golden Seeds required by one. You can also choose Golden Seed as a Keepsake when you’re picking your Elden Ring class during the character creation. You can upgrade your flask ten times and also strengthen them by finding and using Sacred Tears.

There are approximately 28 Golden Seeds in Elden Ring – use our handy map below to locate almost all of the Golden Seeds. We don’t have access to the underground map, and some of the locations give multiple Golden Seeds which explains why there aren’t 28 pins in the map. 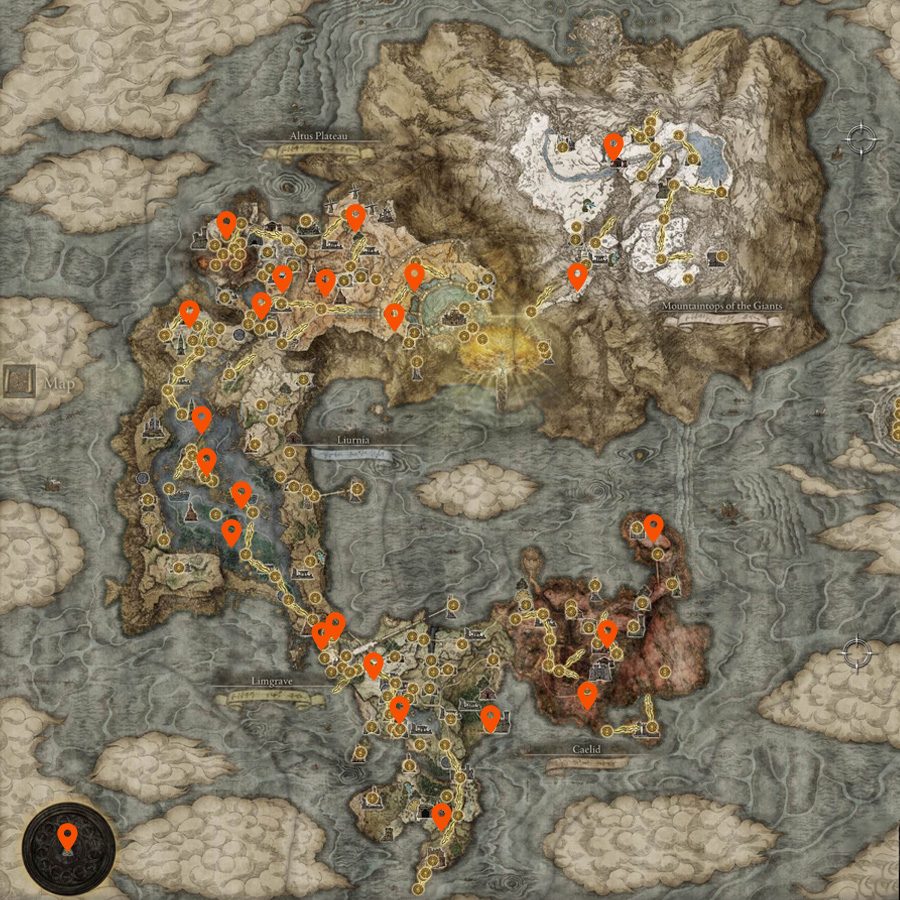 Liurnia of the Lakes

Mountaintops of the giants

And that’s all you need to find every Golden Seed in Elden Ring. To follow this up, here’s where you can find Ashes of War to strengthen your build and map fragments to reveal places of interest.