Searching for Elden Ring smithing stones? These pointed rocks are a key part of upgrading your gear in the hit new fantasy game, so you’ll want to be collecting them wherever you can. In the early game especially, upgrading weapons is a great way to improve your damage output without levelling up.

But where do you find the best Smithing Stones in Elden Ring? If you’re rocking a unique weapons then you’ll need a Somber Smithing stone instead. You’ll also want to eventually find the higher-tier regular stones for normal weapons, as most weapons and shields can be upgraded to +25.

Fortunately, once you manage to defeat some of the main Elden Ring bosses, there are plenty of areas which have an abundance of these rare upgrade materials. By upgrading your armaments and combining them with specific Ashes of War, you can drastically alter your weapons’ stats to allow you to breeze through the game. Here’s everything you need to know about Elden Ring Smithing Stones, where to find them, and how to upgrade your weapons and Elden Ring armor.

The lower tier smithing stones are easier to find than you think, once you start to get a feel for things. As YouTuber Kibbles points out in his video on the subject, if you go to any site of grace that’s in a tunnel or catacomb, you will likely find some sad looking mobs that are endlessing mining away at the side of walls. In front of them will be a Smithing Stone you will be able to take, although once you do they’ll try to attack you.

Related: Learn where to find all of the cookbooks in Elden Ring

This will serve you to begin with, but as you level up your weapons you will need larger quantities of the stones. It’s better then to seek out specific Elden Ring Bell Bearings so that you can purchase an unlimited amount of Smithing Stones. Bell Bearings are key items you trade into the Twin Maiden Husk NPC at the Roundtable Hold.

The Bell Bearings you need for the first five tiers of Smithing Stones are:

The best tier 5 Smithing Stone farming locations are the Gael Tunnel, Ravine-Veiled Village, Altus Tunnel, and the Sellia Crystal Tunnel, using the same principle stated above. Higher tier stones are likely to be found in similar locations in higher level areas, but the risk is greater now as you’ll encounter more difficult foes.

You can also find Smithing Stones of all tiers as random loot in chests or on bodies that you can find in the tunnels. Your best bet to get these stones in bulk is to go straight for the Bell Bearings: 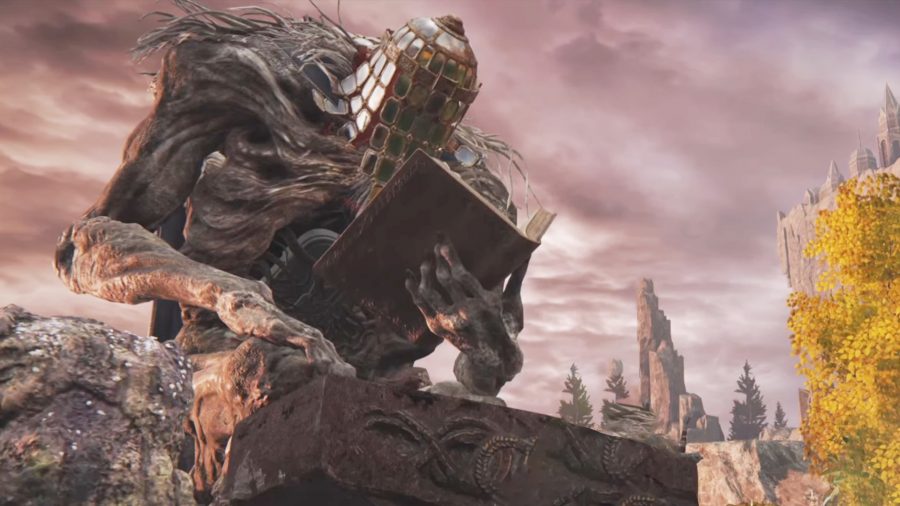 As we’ve mentioned already, Somber Smithing Stones are used to upgrade unique weapons. The damage buff you get with each level of stone isn’t as high at the upper range, but these weapons are a lot better to begin with so it’s to be expected.

The above advice applies for finding stones out in the wild, but the best source of the first two tiers of Somber Smithing Stones is actually Smithing Master Iji. He can be found near the site of grace north of the Kingsrealm Ruins, and sells an unlimited number of these stones and then tiers three and four in limited quantities.

Some players are having trouble finding Iji at this location – if this is the case for you, there’s a chance you may have accidentally harmed an NPC. Make your way to the Church of Vows and pay for an absolution with a Celestial Dew to atone for your sins – this should bring back any NPCs you may have killed or damaged.

You can also get Somber Smithing Stones of all tiers by trading in the right Bell Bearing to the Twin Maiden Husk. To get the higher tier Somber stones, you’ll need the following Bell Bearings: 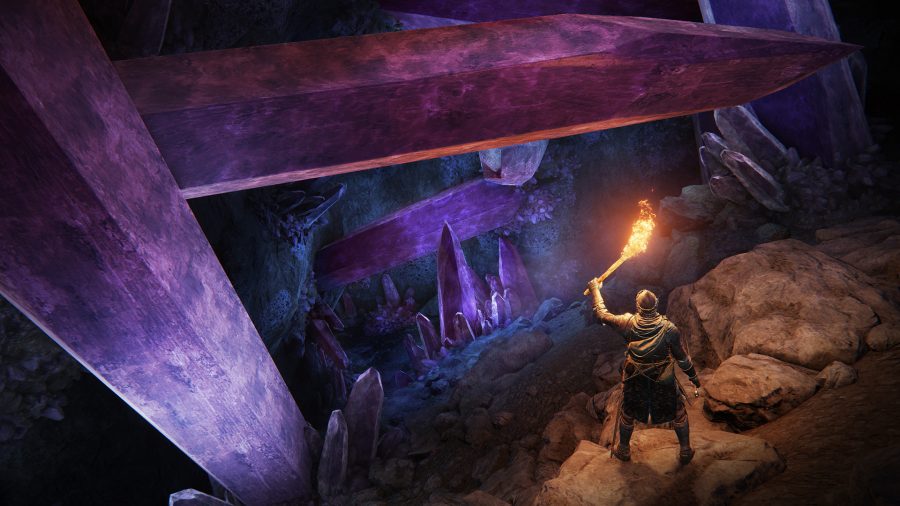 There are two types of Ancient Dragon Smithing Stones – one for regular weapons and a Somber version for unique weapons. These both sit as the highest ‘tier’ of Smithing Stone you can collect for each category – so tier nine for regular stones (+25 damage), and tier ten for Somber ones (+10 damage). These top tier stones are very rare – we’ve not seen references to many so far.

As far as Somber Ancient Dragon Stones, RageGamingVideos has a video on how to get two of these as ‘early’ as is possible. One of them is in a chest located in Mohgwyn’s Palace; the other is a reward at the end of a quest outlined in the same video. Warning: spoilers within. He also has another guide on where to find the regular Ancient Dragon Stones as well. 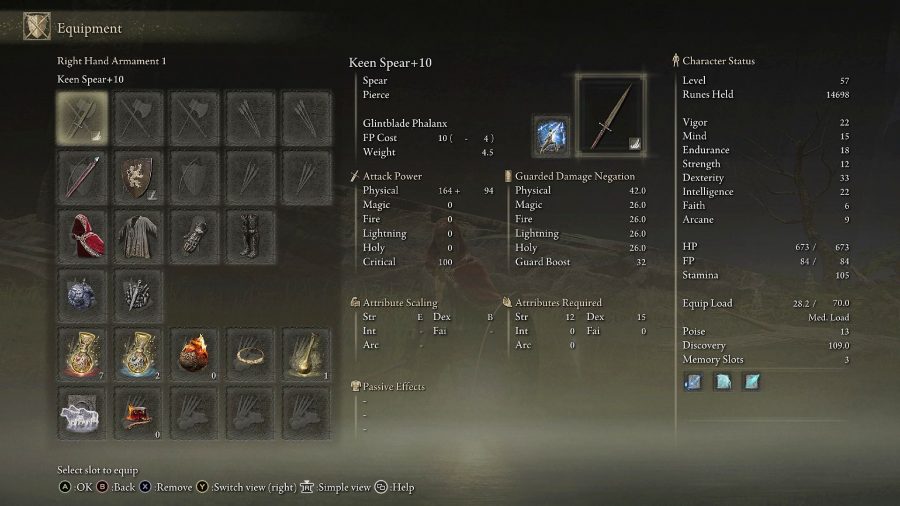 How to upgrade equipment in Elden Ring

You can perform low level upgrades to your equipment by heading to the Church of Elleh where you will find a smithing table. These tables give you the option to strengthen your armaments, but you can’t take these upgrades beyond +3. Depending on the item you upgrade, weapons usually receive a buff to their physical attack power and attribute scaling.

In order to go beyond this limitation, you need to find a blacksmith. Once you unlock the Roundtable Hold, you have access to Smithing Master Hewg, an NPC who can take your armaments to new heights. Hewg can strengthen your armaments and duplicate your Ashes of War, but remember to bring some runes with you to pay for his services.

That’s everything you need to know about Elden Ring Smithing Stones. For more Elden Ring tips, check out our guide to Elden Ring Great Runes, as well as Divine Tower locations. We also have a guide to the best Elden Ring builds, if you’re in the mood for some meme strategies.