Want to know what the best Elden Ring weapons are? Many of the early game weapons are lying around in treasure chests or on corpses, just waiting for you to pick them up, while others require you to beat some tricky Elden Ring bosses. Whether you are building your character for melee combat or using runes to buff your intelligence or faith attributes, there are weapons out there with unique and powerful Elden Ring weapon arts that fit your character build.

Of course, having the best weapon won’t be much use if you don’t have good defensive items equipped and lots of healing items at your disposal. Therefore, we recommend upgrading your flask with Elden Ring golden seeds or grabbing some of the Elden Ring crystal tears to augment the Flask of Wonderous Physick.

To help you progress early in the game, we’ve put together the locations of many early-game Elden Ring weapons that are particularly strong, at least for your first few hours in the open-world game. There are far more powerful weapons out there, of course – we’ll be sure to share any particularly powerful discoveries in this guide, too.

If you’ve invested heavily in the strength attribute, polearms are the way to go. There are a few decent early game polearms out there, and they’re well worth using as the heavy attack and guard counters do lots of damage to an enemy’s poise, which in turn sets you up to land critical hits. 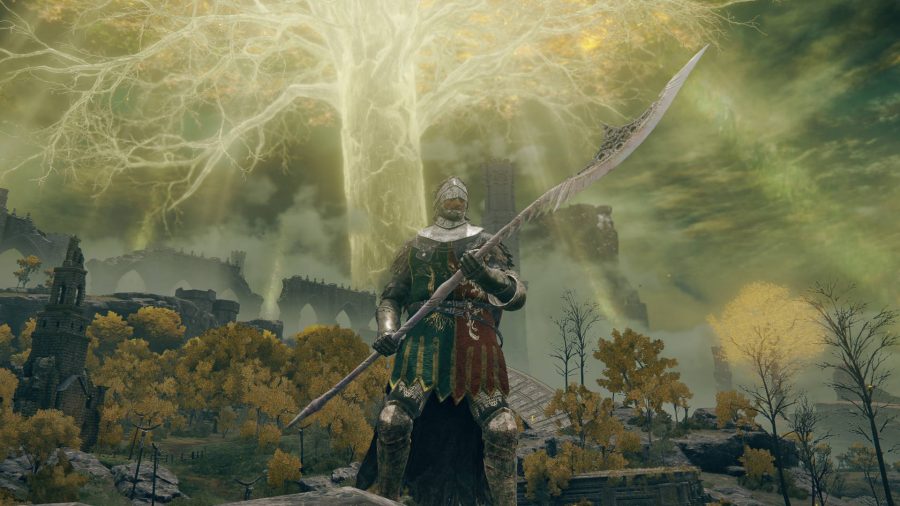 One of our favourites is the Pest’s Glaive polearm, which requires 13 strength and 13 dexterity to wield. It drops from Prawn Miners, who you can find by opening the chest in Dragon-burnt Ruins and transporting to the Sellia Crystal Tunnel in Caelid.

The enemies in this area are tough, so it may take a while to grab the Pest’s Glaive, but it’s worth it as its damage is comparable with the regular halberd. It’s also far lighter, so you can potentially remain at around the medium weight load threshold. 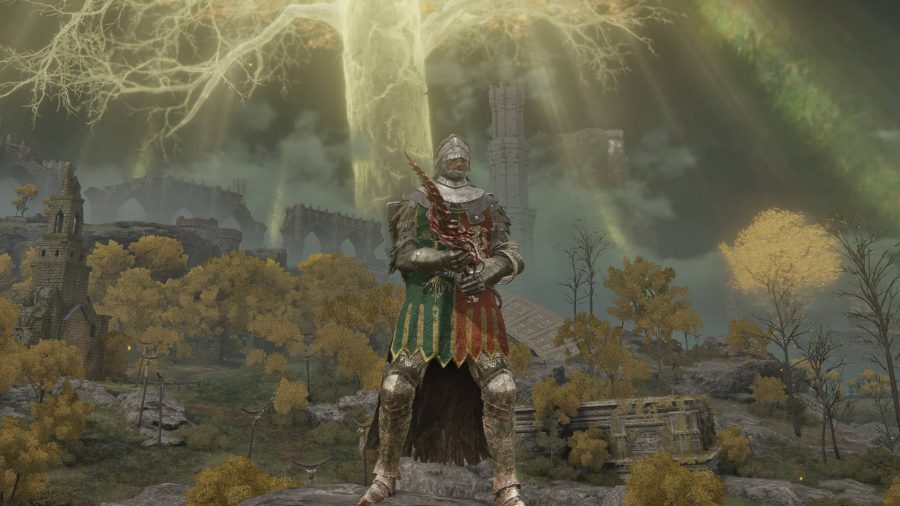 Quite a few early game bosses are susceptible to the bleed status ailment. There are a few early weapons that can help you take advantage of this weakness, including the Reduvia you get for slaying Bloody Hunter Nerijus in the stream north of Lake Agheel in Limgrave.

This knife requires 13 arcane, 13 dexterity, and five strength to wield, but if you wield it with two hands, it gives you the Blood Blade weapon art that flings spinning bloody daggers a short distance to cause bleed buildup. 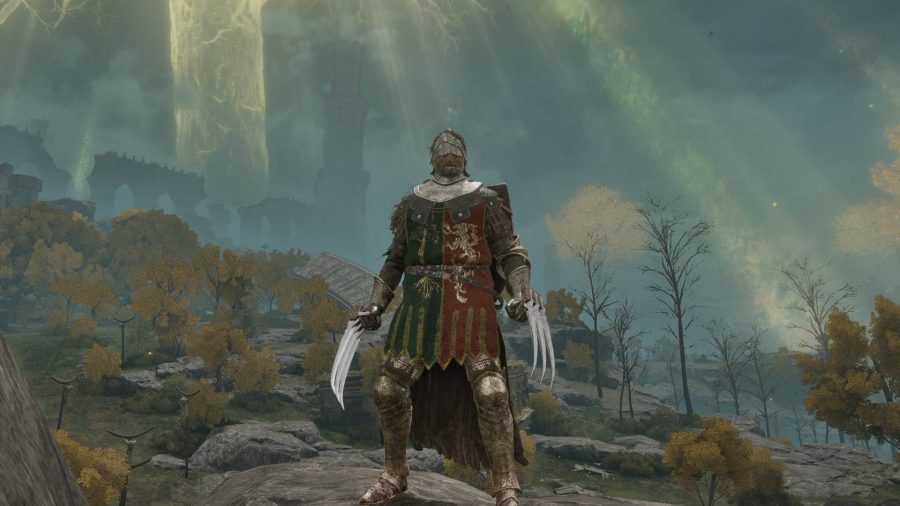 Once you’ve made it inside Stormvale Castle, there’s a dexterity-based weapon worth taking: the Hookclaws. To find this claw weapon, take the secret entrance that the gatekeeper tells you about and make your way up the side of the building.

You can find the Hookclaws on the first floor of the wine cellar on a corpse resting against the corner of the wall. This weapon requires eight strength and 14 dexterity to use effectively, and it doesn’t give you any noteworthy weapon arts, but it has a fast attack speed when using two hands, and its bleed buildup is significantly better than the Reduvia’s. 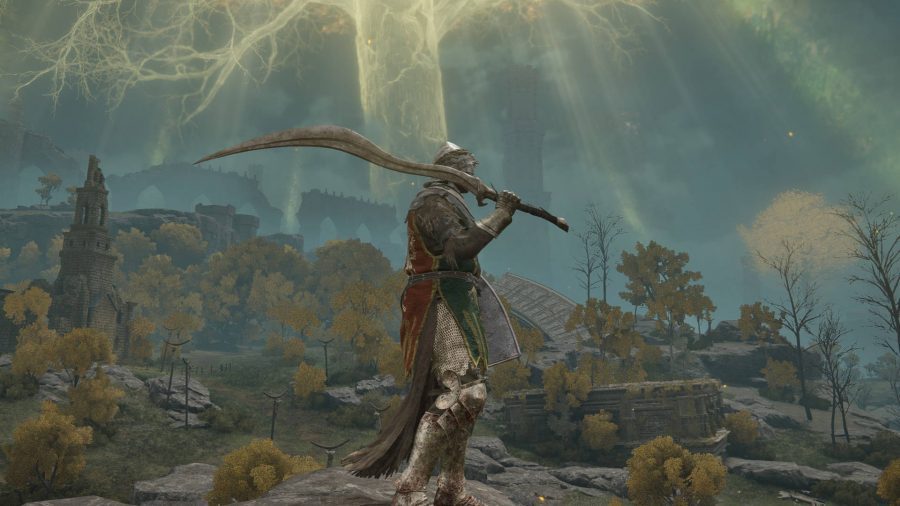 If you want the best early game heavy-hitting weapon that also has a quick bleed buildup, we recommend the Bloodhound’s Fang greatsword, which you can obtain by killing Bloodhound Knight Darriwil in the Forlorn Hound Evergaol in Limgrave. It requires 18 strength and 17 dexterity to use, but once you can wield it, it deals almost as much poise damage as the halberd.

On top of that, it comes with the Bloodhound’s Finesse weapon art that costs 8 FP to use. This attack slashes upwards, and the momentum from the attack makes your character somersault backwards, enabling you to get some distance away from your enemy. If you use a strong attack afterwards, you will dash forward and execute a powerful slash. 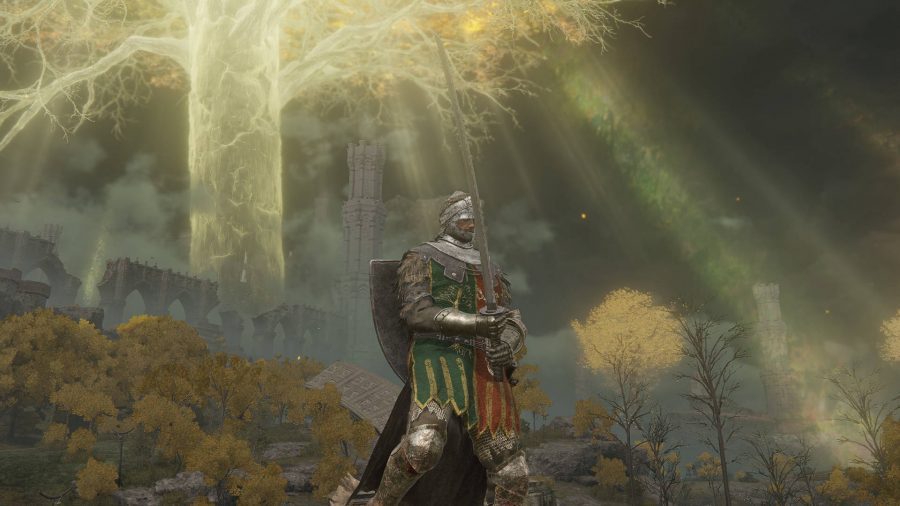 If you’ve chosen an intelligence build, things get a little trickier, as spells are your primary source of damage. Therefore, it’s worth hunting down the golden seeds to increase the maximum number of healing potions and allocating some to the cerulean flask to recover FP.

If you want to use melee-based weapons in your repertoire, seek out the Ash of War: Gravitas and combine it with a large melee weapon. This Elden Ring Ash of War gives you magic affinity, increasing magic damage and intelligence scaling. An excellent weapon to use this Ash of War on is the Uchigatana. The Samurai class starts with this weapon, but you can also find it in the Deathtouched Catacombs in the far east of Limgrave.

Later on, we advise you seek out a boss in Caelid Tunnel called Magma Wyrm. This beast drops the Moonveil, a magic-infused katana that requires 12 strength, 18 dexterity, and 23 intelligence. Moonveil’s unique weapon art, Transient Moonlight, sheaths your blade; pressing either the regular or heavy attack button then executes an instant slashing attack that also shoots a wave of light. 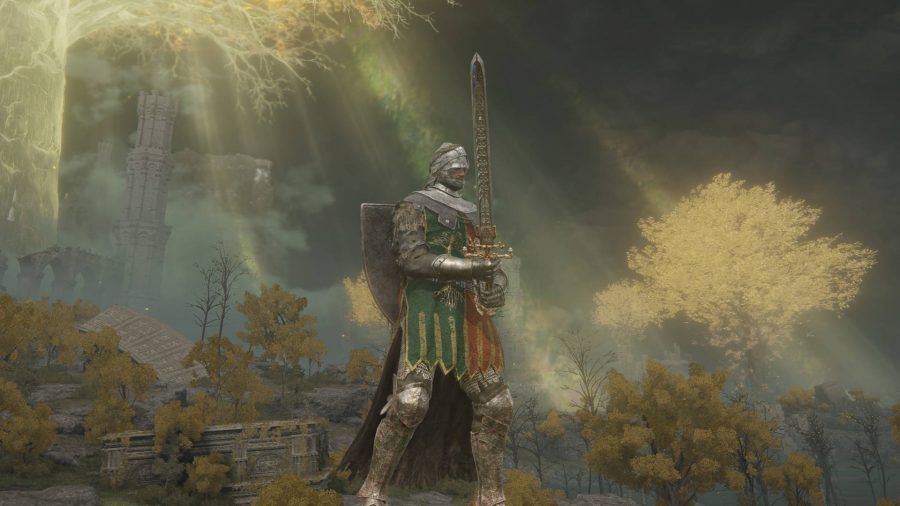 One of the most powerful Elden Ring weapons is technically available right from the start, and you don’t even need to slay anything to get it. This weapon is the Sword of Night and Flame, which simultaneously deals physical, magic, and fire damage. It also has a powerful weapon art called Night and Flame Stance: when activated, you hold the sword aloft; pressing the regular attack button casts the Night Comet sorcery spell, while the heavy attack makes them sweep the blade to emit flames a short distance. It has some hefty requirements:

You can upgrade this weapon by using Elden Ring Somber Smithing Shards. While it is accessible from the start, it’s quite far away, so we recommend getting Torrent the Elden Ring horse first. Here are the directions you need to take to get this powerful weapon:

Those are all of the most powerful early game Elden Ring weapons. If you’re just starting out, be sure to check out our Elden Ring beginners guide for more tips and tricks.