Fire Emblem: Three Houses is a unique union of Persona and grid-based warfare. It manages to make building an army fun as well as a megalomaniacal necessity. Unfortunately, the fantastical TRPG (that’s tactical role-playing game) series is exclusive to Nintendo platforms. Bummer. But don’t despair; there are a ton of similar games available right now on PC.

Indeed, from tiny mech battles to post-apocalyptic road trips, you might argue that there has never been a better time to dive into classic grid-based tactics games. They may not let you share tea with your students-turned-soldiers, but the format has been applied to a huge range of settings with a number of twists thrown in, offering more depth and diversity in turn-based combat than we’ve enough free time to enjoy.

But if you fancy giving it a go, or are looking to soothe your envy of your Switch-owning friends, fear not; here are seven TRPG games on PC that will help scratch that Fire Emblem itch.

We’re kicking off with one of the best new entrants in the grid- and turn-based tactics genre in recent years: Into the Breach.

Developed by Subset Games duo Justin Ma and Matthew Davis, Into the Breach is an incredible bite-sized strategy game whose turn-based battle maps are only eight spaces tall and wide, but hey, if it’s good enough for chess it’s good enough for you. You’re out to save humanity from the alien Vek, and will travel repeatedly back in time until you pull it off. You can upgrade your pilots and their mechs, which adds a pinch of RPG spice, but you’ll need to take care of them – permadeath is a thing. These roguelike elements ensure that each campaign across a series of islands is unique.

Tactful: The best tactics and strategy games on PC

Each mission is like a kaiju film, with citizens screaming in terror as giant Vek monsters rise up from underground. What marks Into the Breach out from others on this list is that, due to its tiny maps, the optimal path through each level never feels too far from your apprehension, making them feel almost more like puzzles than battles. 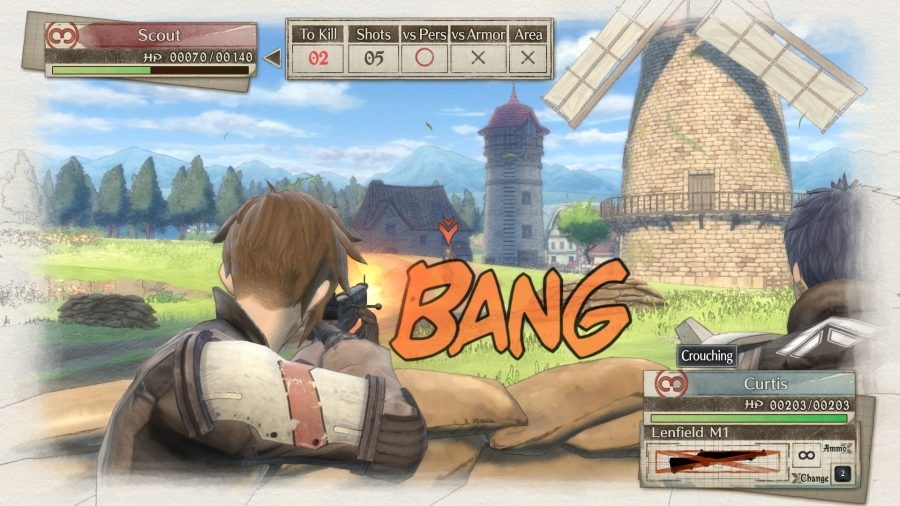 While not grid-based like Fire Emblem, Valkyria Chronicles puts turn-based warfare on a scale unlike other games on this list. The original boasts a huge roster of characters which you can customise to suit your own approach to combat, a bit like an adventuring party in a JRPG and a bit like Fire Emblem, with its multiple classes, weapons, and abilities – except you can get over 100 characters in your party in this case.

Role up! Role up! The best RPG games on PC

The latest in the series, Valkyria Chronicles 4, combines long periods of preparation at your home base with a mix of high-level and third-person, turn-based combat, spread across huge battlefields. Like its predecessors, Valkyria Chronicles 4 puts you in the shoes of the soldiers you control. You’ll handle where they move, help them dodge enemy fire, and even line up their shots. While it can feel like a third-person shooter in these scenarios, it retains the element of strategic warfare as you jump from unit to unit across the battlefield. 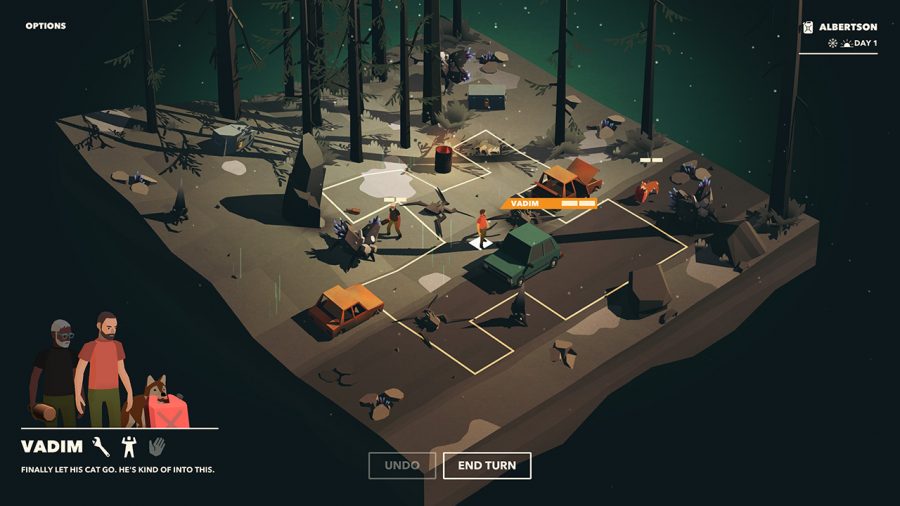 Overland is about surviving in a post apocalyptic cel-shaded wasteland. Like Into the Breach, it has small maps and roguelike elements that emphasise the puzzle-solving dimension of grid-based gameplay. While combat is a part of Overland, survival is the main challenge. You need to scavenge for supplies, like gas, and figure out how to get past roadblocks in order to progress.

Developed and published by Finji, Overland is only available on Itch.io right now, with a Steam release set for sometime this autumn. It’s in ‘first access’, which is Finji’s term for an alpha. You can pay to own the early build and give feedback before the full release later this year. 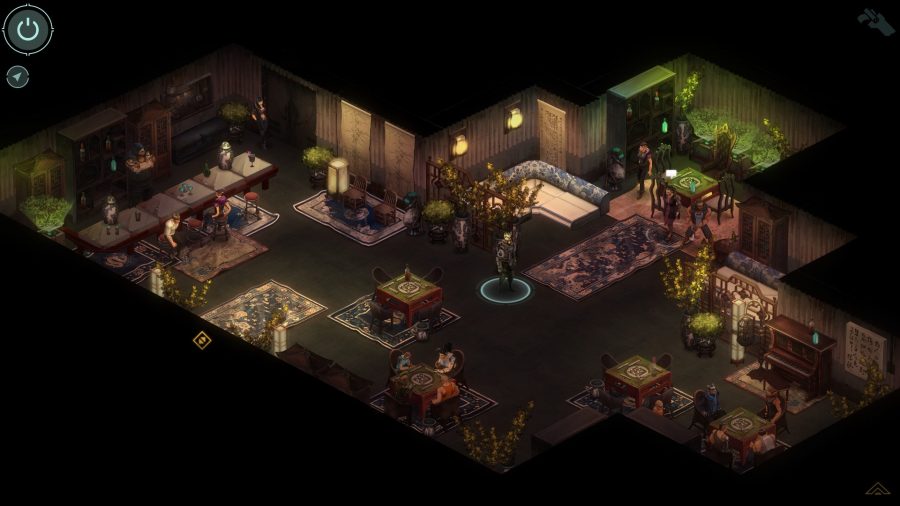 Set in a grungy cyberpunk universe, Shadowrun: Hong Kong (and Dragonfall before it) is an amazing tactical experience with three-dimensional characters, gorgeously gritty maps, and challenging gameplay. 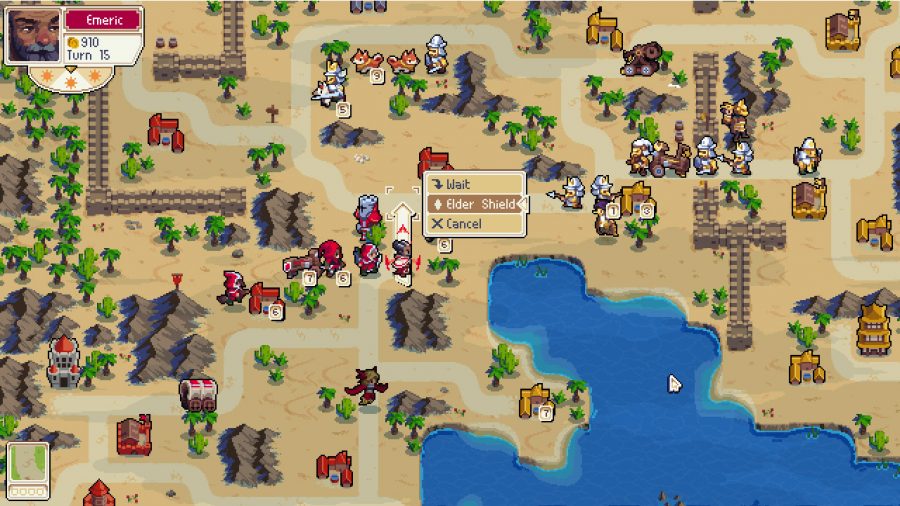 Wargroove is the indie reincarnation of Advance Wars, one of the icons of the turn-based tactics genre but which, sadly, never came to PC. Wargroove is a very fine alternative, however; its its battles are gigantic, with special flying and aquatic units spread across the map, unique hero units with special abilities, and a fantastical overarching narrative.

What’s even better is that Wargroove has a passionate community full of creators that have used its map creator to build challenges and campaigns of their own. 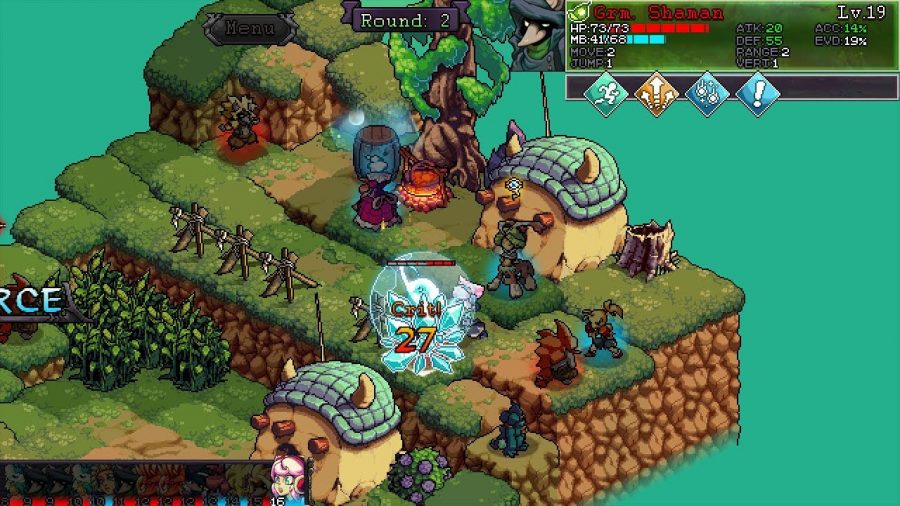 While still in development, Fae Tactics is a love letter to Final Fantasy Tactics – a spin-off from the famous RPG series and another legend of the tactics genre that never made it to PC. It tries to combine the best elements from Advance Wars and other games into a grid-based RPG that lays everything out on the map. There are no animation cutaways or separate menus; everything happens on one screen, making Fae Tactics easier to get lost in. 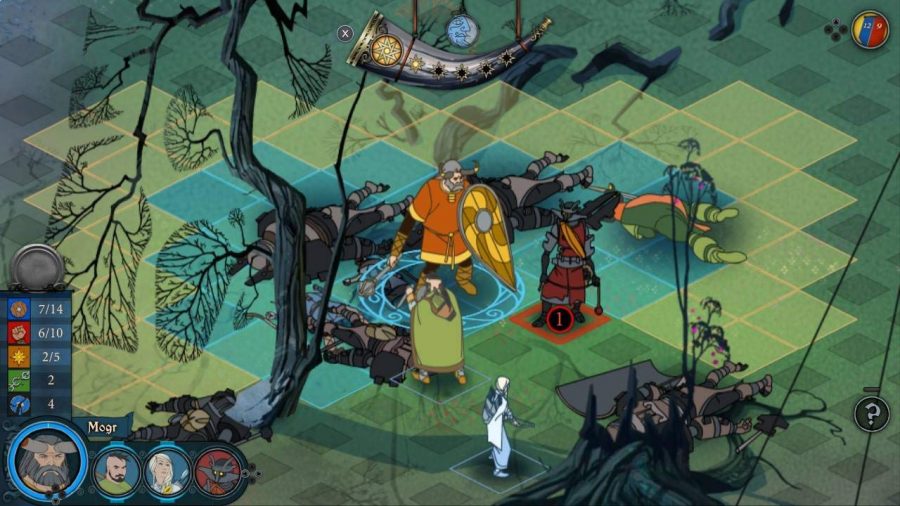 The Banner Saga tells a fantastical tale shaped by a series of tough decisions. It’s a story-driven RPG with a mix of grid-based battles and an interactive narrative inspired by Norse mythology – especially its fixation on the end of the world. It’s as bleak as it is beautiful, with gorgeous 2D art, reminiscent of classic Disney movies, in every frame.

Over the course of three games you’ll make difficult choices – like whether or not to help strangers starving on the side of the road – which will affect your army’s combat effectiveness, morale, and the story itself. Who knows if those strangers are actually thieves?

Tucked between these decisions are challenging battles against the Dredge, a menacing and mysterious race of stone golems who can easily wipe out your team if you aren’t careful.