Want to know where to find abductors in Fortnite? They have been gone for a while, but the alien abductors that take you to the Fortnite mothership are now back in the game. A number of challenges ask you to be near these larger UFOs, either to deal damage in the vicinity or to destroy equipment on top of them.

This is not the only challenge this week, as one of the other epic challenges for week 6 is to plant Fortnite saplings in Stumpy Ridge, Fork Knife Food Truck, and FN Radio. You may also wish to know where this week’s Fortnite alien artifacts locations are so you can unlock new Fortnite Kymera styles.

So how do you find the Fortnite abductors, and what do you need to do to destroy the equipment found on top of them? Thankfully, as long as you check out the map, you should be able to find them and drop in on their locations. Read on to find out everything you need to know about them.

At the start of a match, while you’re in the Battle Bus, press the M key to bring up the map. There you’ll see a few circular icons on named locations on the map. These are the Fortnite abductors that you seek. Simply drop near them and, as soon as the storm begins, you’ll be targeted by a traction beam that after ten seconds sends you into the minigame at the UFO. Their locations change every match, so do check again at the start of every match to learn of their current locations. 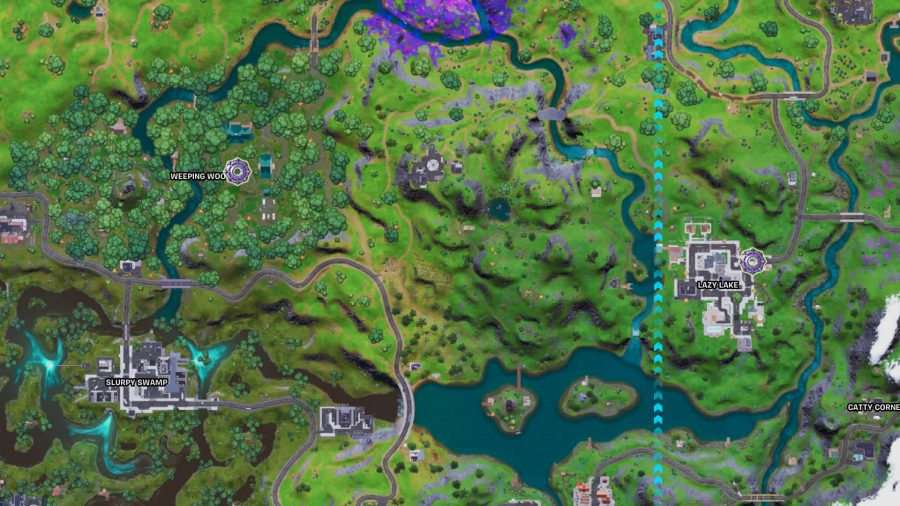 As for destroying the equipment on top of them, it’s actually far simpler to complete this challenge than you probably anticipated. All you need to do is drop from the Battle Bus and land on top of the abductor. There you’ll see plenty of cubes on the UFO’s chassis. Shoot or attack them with a pickaxe until they’re destroyed, and you should be able to complete this challenge relatively quickly. Be careful though, as other players may join you on top of the abductor and there’s barely any cover.