Want to know how to be abducted by the Fortnite mothership? The latest update for the battle royale shooter adds a minigame that can make all the difference in competitive matches. It can be a mad scramble to even participate in the minigame, but should you make it on board, it can give you tons of great loot.

You first need to find the Abductor drone ships, which are much larger than regular UFOs and thankfully are highlighted by UFOs on the map, so it shouldn’t be too hard to locate them. Once you’re sucked in by a beam from the mothership, you’re temporarily placed into a cell before dropping into an arena with other players and either need to survive until the time runs out, or collect five golden vault orbs.

You need to do all this, with a weak plasma gun, so we’ll go over all of the steps you need to take to get abducted by the Fortnite mothership, explain how to play the minigame on-board, and list the potential rewards if successful. If you’re looking for Slurpy Factory to complete the Week 10 legendary challenge, this is the place to find it.

How to get abducted by the Fortnite mothership

To get abducted by the Fortnite mothership, you’ll need to do the following: 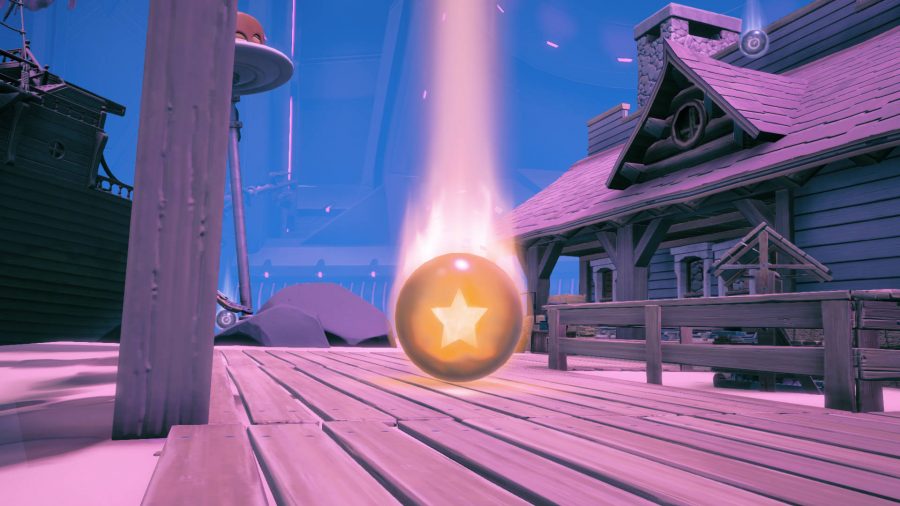 How to play the Fortnite mothership minigame

Before the game begins, all eligible players begin with a minute and a half on a clock shown on their backpack, as well as a new plasma gun. This plasma gun doesn’t do any damage, but players hit by its shots are temporarily stunned and knocked back. Your backpack also acts as a double jump and you’ll have increased jump distance while on board the ship due to low gravity.

The aim of the minigame is to collect up to five vault orbs (the gold ones). These are yellow glowing orbs that descend from the sky periodically throughout the match. Each vault orb collected increases the tier of rewards you receive at the end of the minigame. The catch is that you have a limited amount of time to collect these orbs, and should time run out, you’ll be placed into a reward vault with items based on how many vault orbs you have collected.

You can increase the amount of time you’ll spend in the minigame by collecting time orbs (the silver ones). You, as well as other players can also be knocked into the abyss, where your timer keeps on going while you respawn. Our main tip for winning the minigame is to shoot slightly ahead of where your opponents are running to, knocking them into the abyss. Also focus on collecting the time orbs to stay in the game for as long as possible.

If you’re just here to find Slurpy Factory, it’s the largest building on this small map, so just leap across and land nearby to finish the challenge. 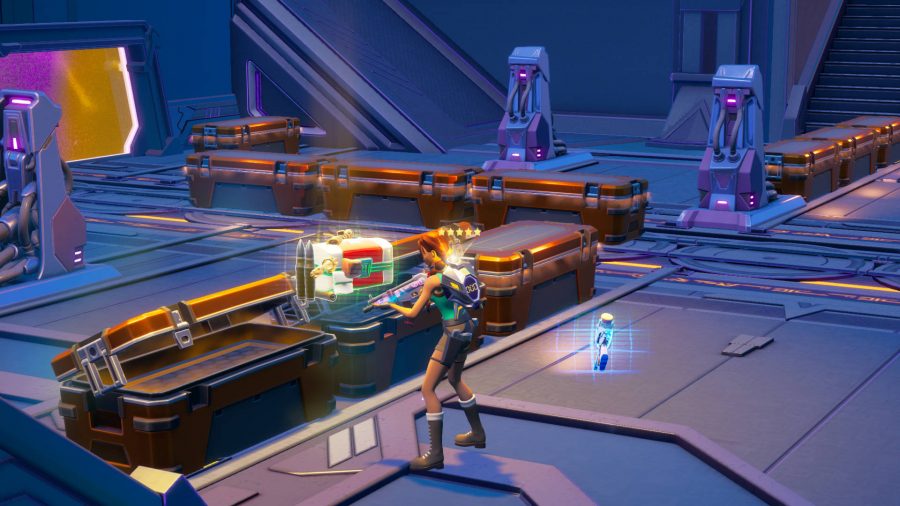 If your time runs out, or you collect five vault orbs, you’ll be taken to a vault full of chests. You have just 30 seconds to loot as much as you can before you’re thrown back out into the battle royale map. These chests contain weapons and items corresponding to how many orbs you’ve collected, which include all sorts of consumable items, Fortnite guns, and Fortnite alien weapons of a specific rarity.

The Fortnite mothership vault tiers are as follows:

After collecting all the loot that you can in the short seconds since entering the vault, you’re then teleported back into the skies above where you were abducted by the Fortnite mothership, and can use a parachute to head towards the safe area. That’s all you need to know about the mothership, but there’s also a change to one of the Fortnite animals in the game that can give you a competitive edge. You may also wish to know where to find the Fortnite alien artifacts or the Fortnite cosmic chests.