Today’s Fortnight Fortbyte challenge is an interesting one, and you can’t do it alone. The clue for Fortnite Fortbyte 53 is, “Accessible by helping to raise the disco ball at an abandoned mountain top villain lair,” and that “helping” is a hint that you’ll need a friend – or at least, a non-violent stranger – to unlock this piece of the Season 9 puzzle.

Most of the Fortbytes up until lately have been pretty straightforward: Go to a specific place, do a specific thing, use a specific locker item. But they’ve been getting stranger in the past week. Fortbyte 20, for instance, had us running to the center of the storm circle. This time, we’ll need to figure out where this villain’s lair is, and the only clue you have to go on is that it’s at the top of a mountain.

Don’t worry though: We know right where it is, and we’re about to tell you how to get there. Follow this guide to find Fortbyte 53 and you can’t go wrong. But be ready to bust out some dance moves.

Okay, first, some preparation. You’ll want to make sure you have a dance emote equipped. Any will do, just pick your favorite and you’re good to go. The second thing you’ll probably want to bring is a friend – this Fortbyte challenge works best in duos or squads, and even a random partner will help make this easier.

That done, you’ll want to head for a specific mountain on the west side of the map. It’s near Snobby Shores, and it’s the mountain just outside the snowy biome, to the north. It’s marked with an arrow on the map below. 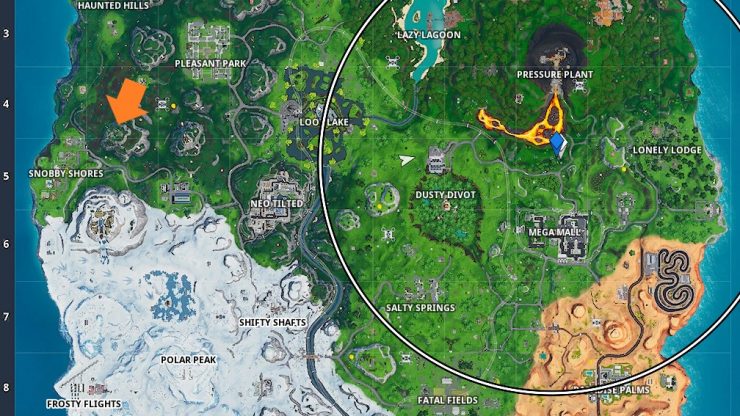 Head that way when you jump out of the Battle Bus. You’ll want to try to land on top of the mountain, since that’s the easiest way in. The entrance is on the west side, so glide around and try to spot the entrance. It looks a bit like the opening to a mine. 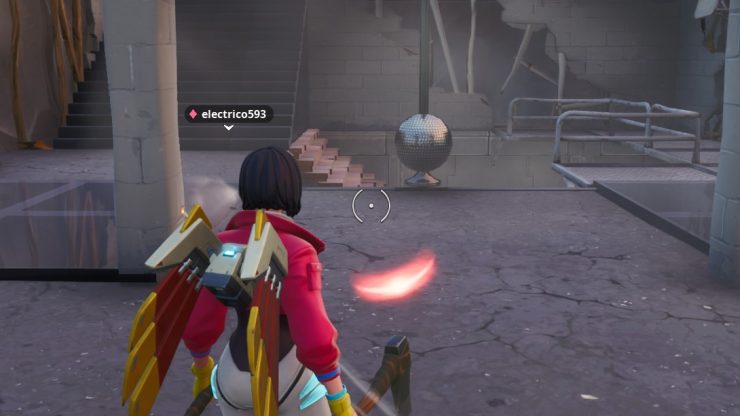 You’ll see a central shaft leading up and down, but on the main level, just inside, you’ll spot two silver pads and a disco ball on a pole. Have your partner stand on one while you take the other. Once you’re in position, start dancing. Music will kick in, the ball will go up, and Fortbyte 53 will materialize between the two pads.

Read more: How to find every Fortnite Fortbyte challenge

There you have it: Fortnite Fortbyte 53! We’re heading into the final stages of Season 9, and the picture we’re unlocking is becoming pretty clear. Be sure to check out our guide to the Fortnite 14 Days of Summer event that’s going on now, and keep leveling that Battle Pass up. We’ll do our part by guiding you to each Fortbyte as they’re unlocked.