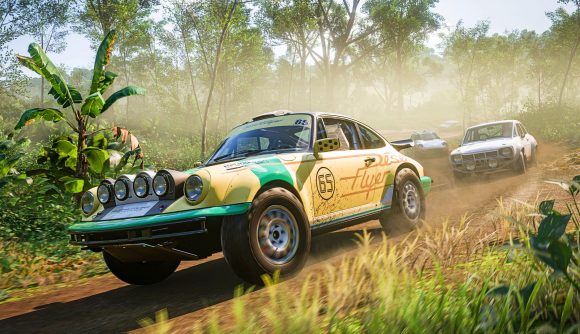 Some crashes in Forza Horizon 5 are expected: that’s what happens when you drive a Koenigsegg Jesko off a Mexican volcano, for instance. Others are not, and they can get in the way of enjoying Playground Games’ latest entry in the open-world racing game series. Fortunately, a new patch is out to cut down on some of the crashes players have experienced, as well as address some of the connectivity jankiness that’s gotten in the way of online play.

Today’s patch updates Forza Horizon 5 to version 3.410.860.2, and while it’s billed as a hotfix, it’s got a healthy list of tweaks and changes along for the ride. Playground says it’s fixed several crashes, including specific potential crashes that popped up whilst earning emotes offline, starting Horizon Arcade, loading EventLab events, spawning in NPC traffic, and upgrading vehicles.

Multiplayer has had some issues in Forza Horizon 5 since launch – specifically, it can be tricky to maintain connection at times. Playground says it’s improved the stability of connections for Horizon Life, fixed up online traffic, and addressed an issue that would cause your car to stop suddenly when you lost your Horizon Life connection.

The devs have also disabled convoy voice chat for the time being so they can “track down the long load times in online events,” according to the patch notes.

Hardcore players will be pleased to learn that Playground has also fixed a popup window that was getting in the way of wheel controllers working on PC – so if you’re the proud owner of a fancy simpit, you can go ahead and start your engine.

Several exploits and instances of DLC not working properly have also been addressed in the latest hotfix. Playground says it’s “constantly working to improve the experience in Forza Horizon 5,” so you can expect further patches as issues crop up.