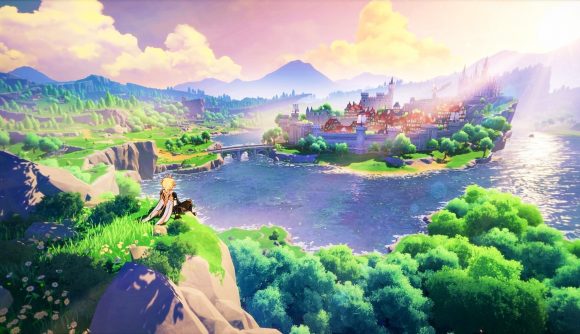 Genshin Impact is coming to the end of its current update cycle, so it’s time to look towards the future for the popular anime game. Mihoyo has revealed on Twitter (below) that it’s hosting a stream to show off Genshin Impact’s 2.3 update today.

While we don’t know what’s coming officially, Mihoyo has offered some strong teases. The developer shared details of two characters called Itto and Gorou last month on Twitter before sharing a Japanese graphic to reveal the livestream news that has Itto and Gorou front and centre alongside Albedo. All this typically points to the characters coming to the game soon, and it looks like it’s the same here.

Plenty of Genshin Impact leakers have also claimed that Itto and Gorou are on the way, too, so it looks like a relatively safe bet at this point. Twitter account Lumie claims that the pair will be a part of the same banner and that it’ll be the second one of update 2.3, which should arrive on December 14. Keep in mind, though, that this hasn’t been confirmed.

Genshin Impact’s 2.3 livestream kicks off on November 12 at 4am PST / 7am PST / 12pm GMT. We don’t have a link to share just yet, but Mihoyo has confirmed that it will host the stream on the game’s Twitch channel, which has been the standard for a while now. Much like before, we’re sure there will be plenty of Genshin Impact codes throughout.

The special program for Genshin Impact's new version will premiere on the official Twitch channel on 12/11/2021 at 07:00 AM (UTC-5)!
>>>https://t.co/iSfDaDRH9w#GenshinImpact pic.twitter.com/CXB0wP8ho5

If you’re curious what other new content is coming when the Genshin Impact 2.3 release date hits, we’ve rounded up all the rumours in a guide for you. If you want to avoid more spoilers, though, you won’t have to wait long to catch the stream.

If you’re curious about what Genshin Impact events are on the way, you can follow that link. We’re coming up to the festive season, so you may get something suitably snowy in Teyvat.