Looking for the best Eula build in Genshin Impact? Eula joined the roster as part of the 1.5 update as the third five-star Cyro character in the game, joining Ganyu and Qiqi. Five-star Cryo characters historically do very well in our Genshin Impact tier list, and Eula is no different – her ability to deal massive physical damage has landed her a spot on the top tier.

As a Cryo Claymore user, Eula can match Diluc in terms of raw physical damage output, though she’s harder to play as her abilities require a specific team composition. She’s a fast-paced character who builds up stacks to deal damage, and benefits from buffs to her physical damage and attack speed.

To help her scale better as a damage dealer, it’d be wise to put her in a team that can provide backup. Perhaps another DPS character that can take charge while Eula’s Elemental Burst ability is on cooldown – Baal and Beidou come to mind here – or healer characters like Diona that can also keep Eula fighting on her own.

As mentioned above, when kitting out Eula, we want to focus on weapons that add to her substantial base physical damage. The Song of Broken Pines claymore looks like it was tailor made for Eula, with a huge 49 base damage, and a physical damage % secondary. Eula has the highest base attack of all Claymore users, so this combines to create over a thousand base attack at level 90.

Its special ability increases attack by 16%, and grants the wielder a Sigil of Whispers when hitting opponents with charged or normal attacks. This can stack up to four times, and after the fourth stack, the stacks are consumed, and all nearby characters receive the banner-hymn buff for 12 seconds, which increases attack speed by 12% and attack by 20%. 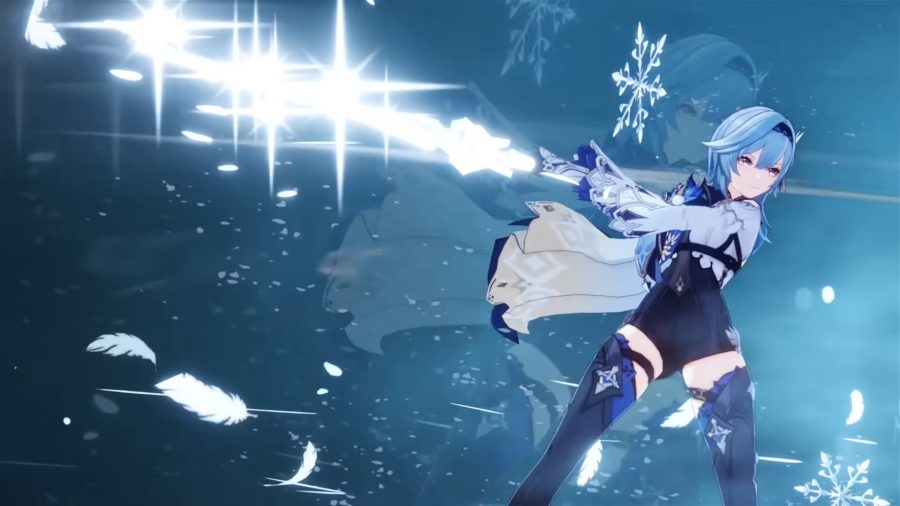 Other good alternatives are the Skyrider Greatsword, which has a high base attack and physical damage secondary stat, or the Prototype Archaic for its chance to proc additional attack damage in an AoE. Serpent Spine is a good choice, but you need a shield character to prevent her from taking damage. The Unforged and Wolf’s Gravestone have also been suggested as good weapon options for Eula.

The best artifacts for Eula are the Pale Flame two-set, which increases physical damage by 25%. The four-set is also good, but only if you have Eula’s second constellation, as it procs when an elemental skill hits your opponent. This happens more frequently with C2, as it reduces your cooldown of Icetide Vortex’ hold mode. You lose these buffs too fast if you don’t have the second constellation. Instead, we recommend the Bloodstained Chivalry two-set, which also increases physical damage by 25%, stacking with the bonus from Pale Flame. 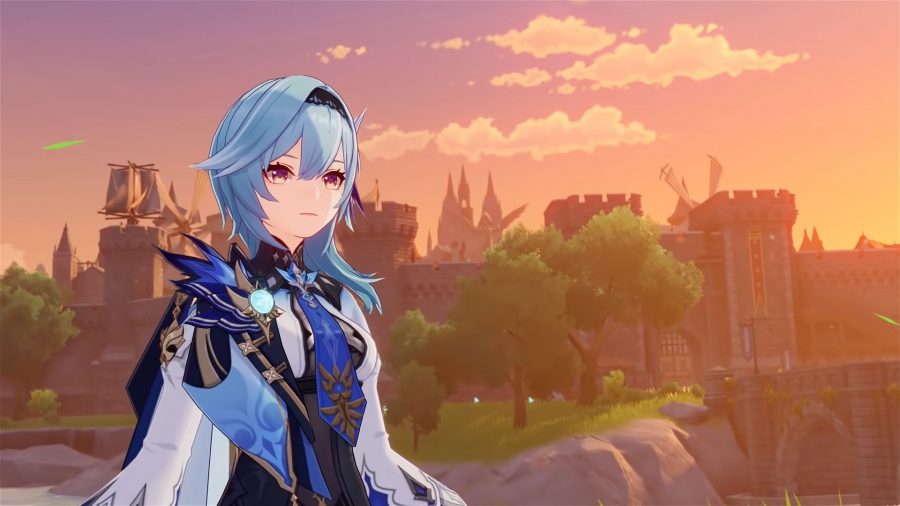 Grimheart is a mechanic unique to Eula – each stack increases Eula’s defence and resistance to interruption.

Upon activation, Eula’s greatsword deals Cryo damage to nearby enemies and creates a Lightfall Sword that follows her around for a certain duration. While in this form, any of Eula’s normal attacks, elemental skills and elemental bursts that deal damage to opponents will charge the Lightfall Sword through energy stacks once every 0.1s. 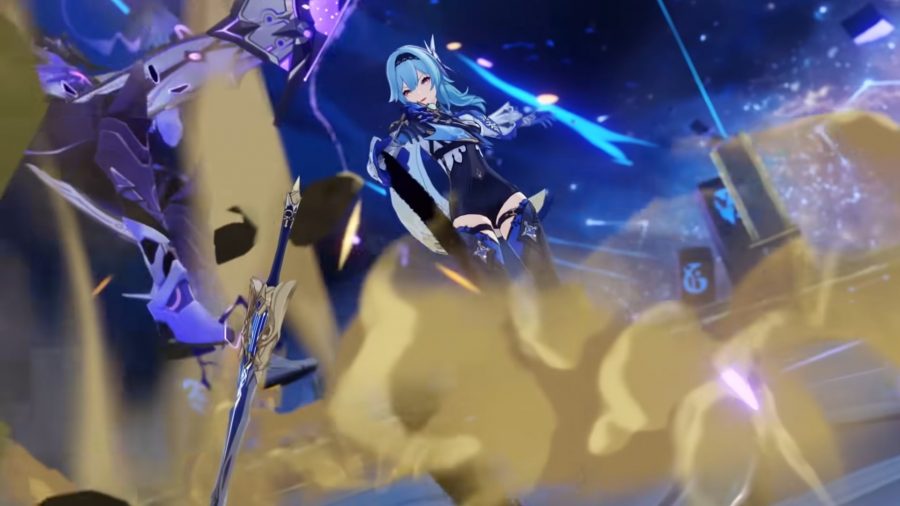 That’s the best Eula build we’ve put together – as you can tell from our Genshin Impact tier list, Eula is definitely worth the effort it takes to unlock her. Check out our Genshin Impact housing guide to find your way around the Serenitea Pot.